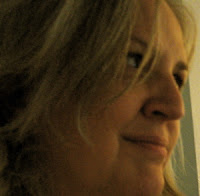 S.P. Miskowski is a talented horror author from Laguna Beach, California. She is a Shirely Jackson Award nominated writer who is currently enjoying great critical success with her novel "Knock Knock." It was kind of her to take time out of her busy writing schedule to be interviewed by Masters of Horror U.K.

Tell us how you came to write your first novel.

While visiting my husband's grandmother in the winter in rural southwest Washington, I had a bout of insomnia. I looked out the windows at the black night and the nearby woods, and imagined how it would be to live there all the time. The characters came to mind and I started writing. Four years later, I had a 300-page book that I had revised and restructured until it seemed pretty interesting.


How many novels have you written?


How many short stories have you written?

Oh boy. Dozens. Some have been published in small press magazines, anthologies, zines, chapbooks and newspapers. Most have never seen the light of day.


How did you get your start in writing?

My first stories (at age eight) were gory as hell, psychologically twisted, and inspired by the purple prose of Edgar Allan Poe. I had some poetry published in school magazines when I was a kid. Professionally, my first sale was a poem in Pulpsmith -- for $10. I think I was 21 years old.

I started my so-called career by writing stories and submitting them to magazines. I took creative writing classes, joined workshops, survived brutal critiques and hammered out a process that I like. I've studied a lot, and read a lot, and I've edited or mentored many writers. The only approach to writing is immersion. Read and write all the time. Read classics, and study prose style. Show your work to writers, teachers, and editors. Learn to separate useful criticism from posturing and yammering. Write until your true voice breaks through.


Do you prefer writing novels or plays?

I don't write plays any more. My husband and I left the city where those projects could happen with my fellow artists. I completed two projects that were underway when we left, and they were produced. One of them is now being shot as a Web video, so I'm adapting the script. When I wrote plays I liked the challenge of turning ideas into action on stage, but I never felt the joy I experience while writing stories. I'm completely happy working on a short story. Writing a novel was difficult but also more interesting than anything I've tried. I loved constructing that peculiar, almost real, slightly mad world in Knock Knock. 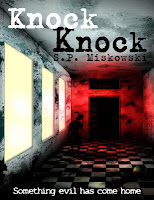 Why the interest in horror?


Horror never struck me as a separate genre from the mainstream, just an extension of it. Before I read Stephen King I read novels by Patrick McGrath. People labeled McGrath's books psychological horror or New Gothic but they're mainstream literary works and no one questions that.

Horror is natural and primal. Some readers think of it as an embellishment or a distraction, but I don't. I think horror is an appropriate adult response to the facts of human history. I never understand why some readers and critics have a hard time accepting horror fiction in general, unless it's too painful for them to face the truth. Horror is often the most honest kind of fiction, grappling with our worst actions and emotions with no guarantee of a reassuring conclusion.


Are there differences between how a male and female writer might view the horror genre?

Not necessarily, but in the case of Knock Knock the book is unusual, in part, because it is populated with strong women. The friendships in the book seem natural to me. People have commented on the presence of so many complex female characters in a horror novel, and all I can say is that I grew up surrounded by smart, powerful women. Their concerns are interesting to me.


Tell us about your daily (or nightly) writing routine.

I write early in the day. One cup of coffee or tea and I write, trying to keep online distractions brief. On some days, I'm successful.


What do you feel is your greatest accomplishment as an author so far?


What was your reaction when your book Knock Knock was nominated for the Shirley Jackson Award?

I laughed. I shed a tear. I hugged my cats, and thanked the universe that my book spoke to people and did not completely suck. (I'm a harsh critic of my own work. Maybe that comes from all those workshop and classroom critiques. I see the worst side first.)

There are two more novellas to go in the Knock Knock series: Astoria, and In the Light. Then I'm working on another novel, and after that a stand-alone novella about a murderous family.

I am the product of a blue-collar family from Decatur, Georgia and I have been a writer all of my life. I've also had a pretty amazing range of jobs. Many of my stories center around themes of exclusion, desire and envy. Many are based on my experiences in the gap between haves and have-nots. I characterize myself as a hick with a Master's Degree, and I always remember where I come from.