The FrightFest All-Nighter 13 returns to the Vue in London’s Leicester Square on Saturday October 26 for the third year, with six killer titles including UK premieres of THE STATION, PATRICK, NOTHING LEFT TO FEAR and SOULMATE. So climb aboard FrightFest’s Halloween Express, with guests including NEIL MARSHAL, ANNA WALTON, RENAUD GAUTHEIR and MICHAEL ARMSTRONG, for the night-ride of your lives.

Tickets for the London event go on sale Tues 1 Oct.

Horror fans around the country can join in the fearsome fun on Saturday 2 November, when the event travels to the GFT Glasgow and the Empires in Sunderland, Newcastle and Poole . On Sat November 16 the event hits the Watershed Bristol 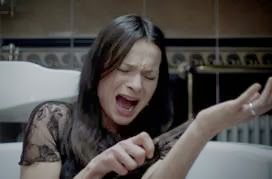 
Axelle Carolyn makes her impressive feature debut with a sophisticated ghost story. After attempting to commit suicide due to the sudden death of her husband, Audrey (Anna Walton) decides to retreat to a remote country cottage. But she soon discovers her safe haven is haunted by its previous owner. Produced by Neil Marshall, this is one good-looking, classy chiller. 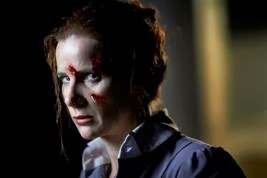 Mark Hartley makes his feature debut with this brilliant remake of Richard Franklin’s seminal 1978 favourite. Nurse Kathy Jacquard (YOU’RE NEXT’s Sharni Vinson) arrives in the desolate outback to work at the Roget Clinic, looking after comatose patients, including the handsome but psychic Patrick. Hartley
builds on the horror, in a fulsome homage to bloody stylish shock. 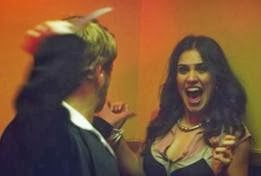 It’s 1976, Donna Summer tops the charts and everyone believes in mirror balls. Except Manhattan burger cook Duane Lewis who goes psycho when he hears the pulsating rhythm of Disco. Unable to control his maniac impulses, Duane turns his local Seventh Heaven nightclub into a splatter Disco Inferno. With a NY detective in hot pursuit Duane heads to Montreal .. At first you’ll be afraid, you’ll be petrified… 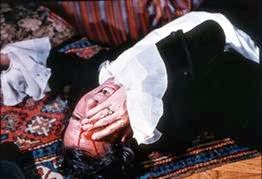 Originally banned in the UK , FrightFest is proud to unveil the restored version of this controversial classic. Herbert Lom plays a sadistic Witchfinder General touring 18th century Austria for Devil’s disciples. It’s up to Count Meruh (Udo Kier) to uncover the violent hypocrisy of the persecutions. Armstrong provided David Bowie with his film debut and was a kingpin of the 1970s Brit sexploitation industry. 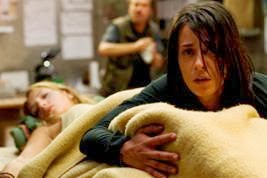 Director Marvin Kren brings us a climate change shocker and ecological creature feature. Four technicians and scientists at an Austrian alpine research station discover a glacier of blood high in the mountains. Testing the red liquid, they discover a new alien organism with the astonishing capability of transforming the
local wildlife into horrific hybrids and monster mutations. 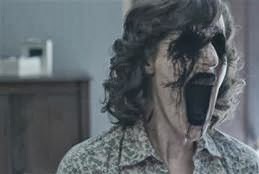 The first terror tale from Slasher Films (founded by Guns N’ Roses rock legend Slash) is an atmospheric frightener. James Tupper and Anne Heche are the new pastor and his wife who arrive in Stull, Kansas hoping for an idyllic family country life. But an ancient ritual is put into motion that unleashes a demonic fury and its inhabitants must quell the Beast who rises to walk the Earth at all bloody costs


Alan Jones, co-director, said today: “After this year’s blockbuster Film4 FrightFest in August – the best attended and highest praised event in our 14-year history – we knew we had to make our October occasion equally as special. So join us in our Samhain festivities with the cream of the chiller crop, a great group of guests and the usual surprises FrightFest has become so famous for”

Passes for the London event cost £55 and go on sale from Tuesday 1 October. To book call 08712 240 240 or go online  http://www.myvue.com/latest-movies/info/film/frightfest-all-nighter  Tickets can also be bought at the cinema

For details of regional screenings please visit www.frightfest.co.uk
Note that the regional venues may not be playing all of the titles screening at the London event so please check local listings
Posted by JD at 11:29