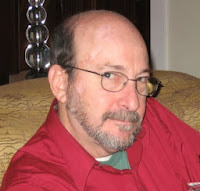 Stephen R. Coar has been a teller of stories all his life.

One of seven kids, he took to the dinner table spotlight most evenings, telling tale after tale.

As an adult he has been heavily involved in live theatre-acting, directing, and writing children's plays for the theatre he helped begin, the Ritz Theatre in Oaklyn-the most successful theatre in southern New Jersey.

Tell us how you became involved in the theater?

I have been involved in stage theatre from a very early age.  My high male soprano / tenor voice and some very basic dance training gained me entry into many lead roles in musicals all the way through my school years and later into community college and local theatres.  My natural flair for humor in all life’s conundrums brought work in straight comedies, too.


Please tell us why you decided to pursue writing novels at this point in your life?

I had always been a writer of one kind or another since my role of chief writer and editor of my monthly elementary school paper in Jacksonville, Florida.  I filled the same jobs at Holy Cross High School in Delran, NJ.  Due to my resume, the editors of a Jersey Shore paper where my family moved hired me.  For two years I wrote my own personal column for a weekly newspaper in Cape May Courthouse, NJ commenting on what my eyes and ears found were the little things that made the  town and the region so unique.
After a near fatal auto accident left me permanently disabled with a brain injury I was for the most part a stay at home dad, (but happy to be alive). Since I was alone with the house and my word processor and most of all ‘TIME’, the tiny, huge question I’d kept to myself for 15 years was suddenly front page center!
COULD I WRITE A BOOK???


How you ever written any short stories?

Many and for many magazines over the decades, (and I even got paid). My 2nd book is actually an anthology of short shorts, 18 in all.

My family of two brothers and four sisters, seven of us in all, made for a wondrous childhood. Yes, it was the 50’s and the 60’s and we were at times wacky and raucous, but because our parents grew up when they did there were standards. Mealtimes were at 7:30 am, and 6:00 pm during the school year. While we ate fresh made breakfasts mother somehow created seven brown bag lunches that went out the kitchen door clutched in our little fists on the way to the bus stop. The largest of all inspirations was my youth.

My second biggest influence was my 8th grade teacher, one Mrs. Haas. By that time I was 14 years old and thought I knew lots about the way things were.  Mrs. Haas set me and many, many others straight about that over her decades in a classroom.  With her soft spoken lessons she daily helped open the miracle of books to us as well as the miracles of the human heart. I shall never forget her. 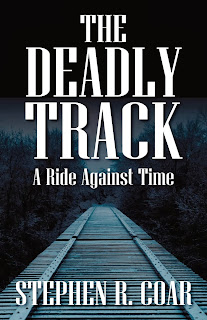 How did you come up with the idea for THE DEADLY TRACK?

There is a very easy, exciting, and personal answer to that question! When my older brother Allen and I were invited in the early 1960s to spend a summer month on our Uncle Jerry’s farm in Pennsylvania, there was no question of us flying.  We lived in Jacksonville, Florida and were maybe nine and twelve years old. No, no!  It was decided that there was a much better and safer plan. (Uh oh.) We were too young to know where this was headed).  We were put on a train in downtown Jacksonville for a one stop only overnight ride to Philly’ 30th St. Station where we would be met by the open, waiting arms of our dear Grandmom and Aunt Annette.

As we boarded and took our seats our Dad brought the train’s head porter to us and in a very serious voice he told the man we were traveling alone and were his responsibility. He said he understood. Then he pulled the man close and over us. “Here is the plan for tomorrow morning,” Dad said. “You’re tickets say you are traveling to the North Philly Station. That’s the 2nd stop in Philadelphia.”  He glared at the porter for a nod. He nodded to us, saying, “Right, when I say Philadelphia the 2nd time that’s when it’s time for you to get off. And I’ll get you’ bags for you.”

To make a long train ride short, as they say, we rolled northward through the night. As the sun rose we went to the dining car and ate breakfast.  As that was digesting with us back in our seats, we noted our porter crossing down the aisle and announcing, “Next stop, Philadelphia / Camden.  Philadelphia / Camden next stop. Very few departed the train and off it went again. We were so excited we couldn’t speak, but we each pointed an index in the air and mouthed, “That’s one.” 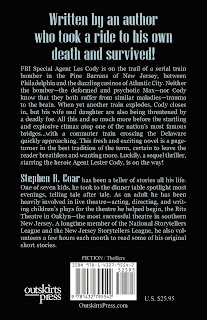 Well, the rest is history, of course.  History even in the archives of the Philly FBI! The passing porter next yelled, “30th Street Station, Philadelphia.”

Well, we bounded out our seats, not waiting to be helped with our bags, and hopped off the train onto a very crowded and underground platform, nothing like the one from which we’d left. But there was even worse to confront. No Grandmom or Aunt Annette. We wandered up an escalator to behold a sight unlike any we’d ever imagined; the enormous domed interior ceiling of the station had to be close to the Vatican’s in our minds. But our awe was soon overtaken by our fear and worry.

Meanwhile, once the train was permanently stopped and emptied by authorities at North Philly Station and a full unsuccessful search could be made, someone had the bright idea that maybe we got off a stop early. It was probably no more than a few hours but it seemed a lifetime to two small brothers in a very large city.
I have never ridden on another train since!

But I have always been fascinated by them even so!

Some of my musical stage work, using mostly my natural acting and singing talents and only some dance instruction. I met my wife while performing in theatre. And of course, though it took some years due to my injuries, my two self-published books are right up there.


Name some of your favorite books.

Lonesome Dove;  The Da Vinci Code;  The Road;  The Story of Edgar Sawtelle;  The Help;  Never Have Your Dog Stuffed; Angela’s Ashes; any fiction by James Lee Burke; The Source.


Name some of your favorite films.


Name some of your favorite plays.

Agnes of God; Sleuth; J.B. by Archibald Macleish; The Foreigner; Noises Off; Les Miz; Sweeney Todd;  anything by Neil Simon; Crimes of the Heart.


Why do you think thriller movies and books remain popular?

I am preparing an outline for a subtle political thriller. Think all lotteries in the world are universally banned……. Except one!  And it is run globally by only one enormous, gargantuan, conglomerate; larger than any combination of countries………. for it must be.
Details? Read the book.

My Traumatic Brain Injury, TBI, has been not only a strain on me but on every one of my friends, family, and associates for 20 years now.  The percentages of marriages that survive an injury such as mine, is only 5% to maybe 10%. I must keep busy to make myself seem useful to our home. I am a good house husband. Hey, I kill the bugs!!!

I find I can only manage to keep solid focus on my writing for spells of two hours.  Then I must take breaks. I admit to taking nearly two years to complete The Deadly Track, with one re-write and a full professional edit.

If you are in the US you can buy the book at the following link
http://www.amazon.com/Deadly-Track-Ride-Against-Time/dp/1432795546

For those of you in the UK you can use the link below.