The Generation of Z: Apocalypse Comes to London‏

After critically acclaimed runs in New Zealand and at the 2014 Edinburgh Festival
Fringe, The Generation of Z: Apocalypse is a high-velocity theatre experience
being brought to a purpose-built venue in East London from 4th April. 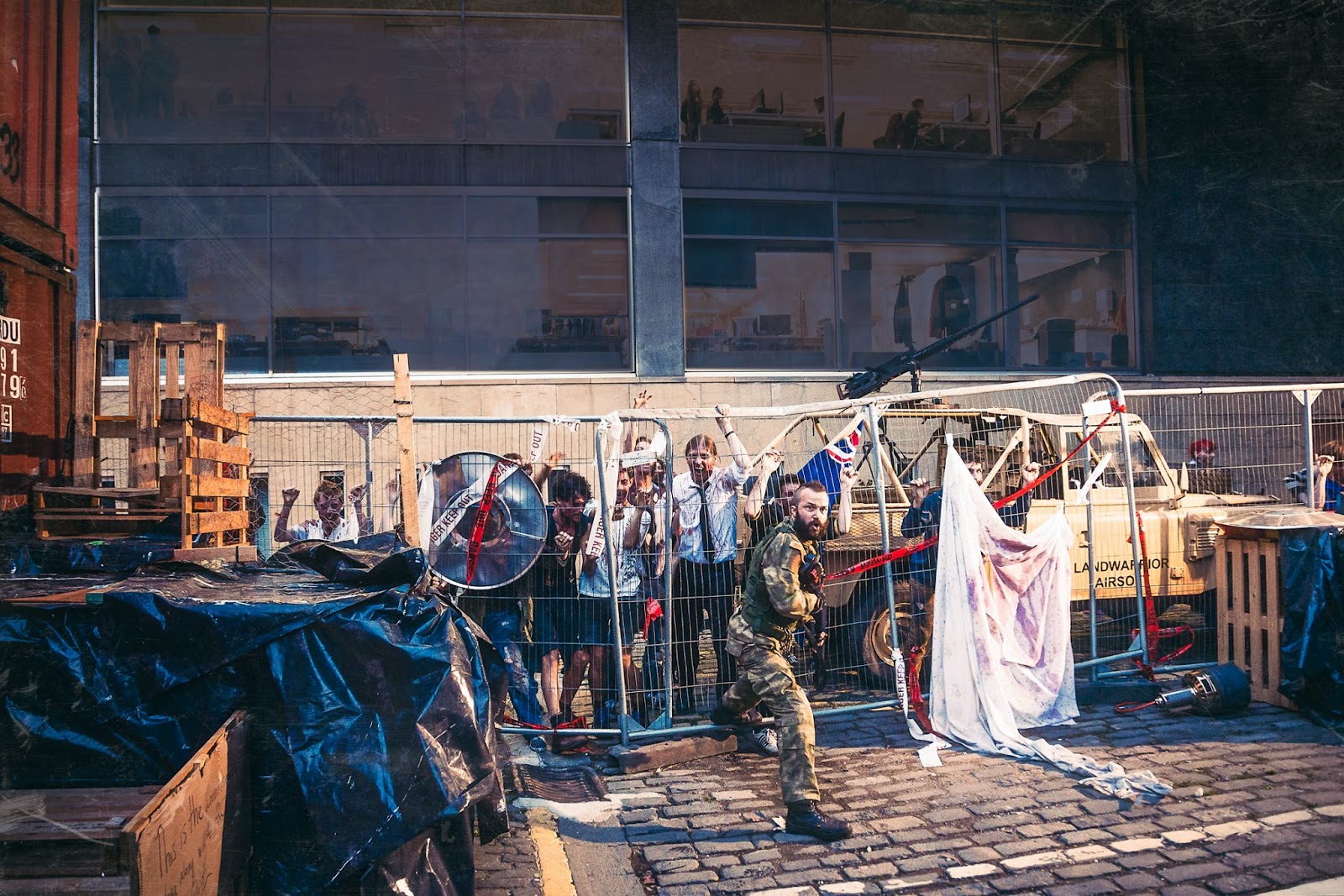 Described as “an adrenaline-churning assault of a show” by The Scotsman, this is
immersive theatre unlike anything you have ever experienced before. Audiences
are hurled into the maelstrom of a zombie apocalypse, where the unique story
unfolds around them in real time. Through the electrifying 75 minute show the
fate of our audience lies in their hands, where every choice they make can mean
life or death for themselves... and for the rest of mankind.

The world of The Generation of Z: Apocalypse unfolds within a purpose-built,
labyrinthian venue in Dept W on Mile End Road in Whitechapel. The former
Wickhams department store is an iconic building in the heart of East London,
with its basement spanning over 25,000 square feet. It is here that audiences
must attempt to navigate their way through our apocalyptic wasteland. 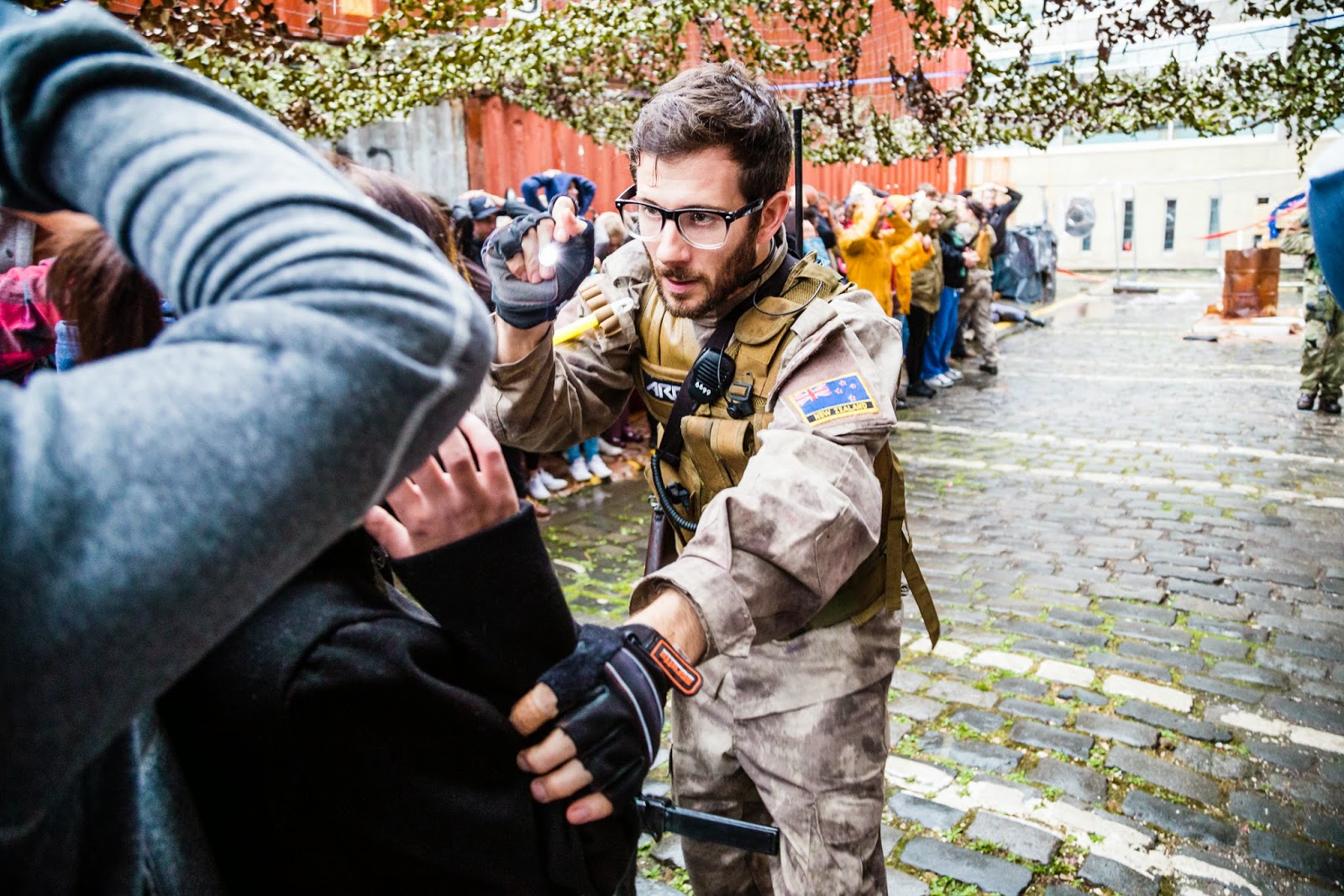 Not for the faint hearted, The Generation of Z: Apocalypse throws you into your
very own action movie, where there is no fourth wall and no interval.

Show Producers Beth Allen and Charlie McDermott say, “We can’t wait to unleash
The Generation of Z: Apocalypse onto London audiences. We are creating
theatre for a new generation, giving our audiences an experience and not just a
performance. With film-quality production design, a heart-stopping narrative and
opportunities for audiences to affect the story’s outcome, this show will be like
nothing anyone has experienced before.” 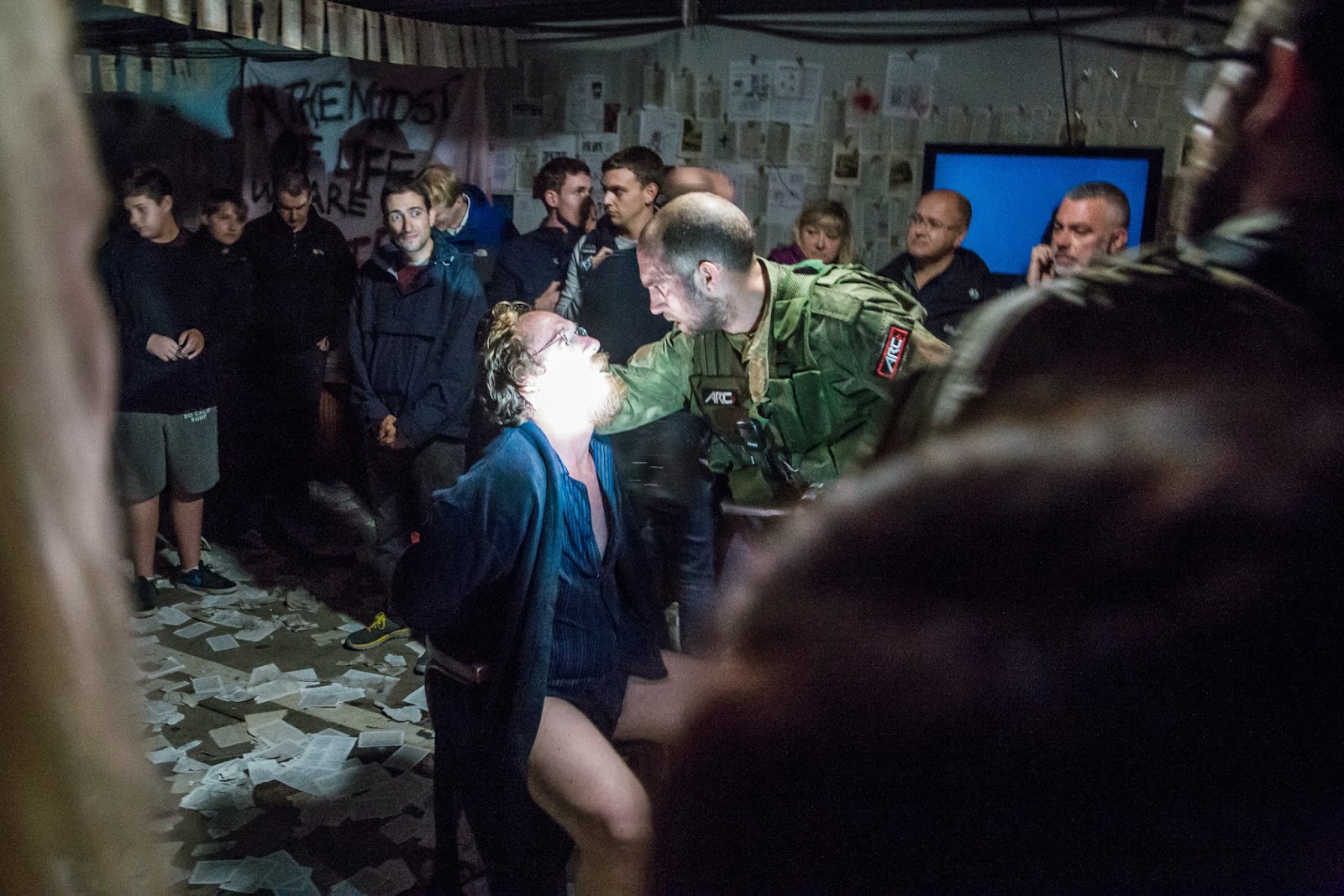 With Executive Producer William Burdett-Coutts commenting, “This production
started in New Zealand, came to Edinburgh where it was one of the fastest sellouts
ever and we are delighted to be bringing it to London. This does something
special in terms of appealing to both a traditional and non-traditional theatre
audience and in terms of generating interest in live work is one of the most
incredible things I have ever seen.” 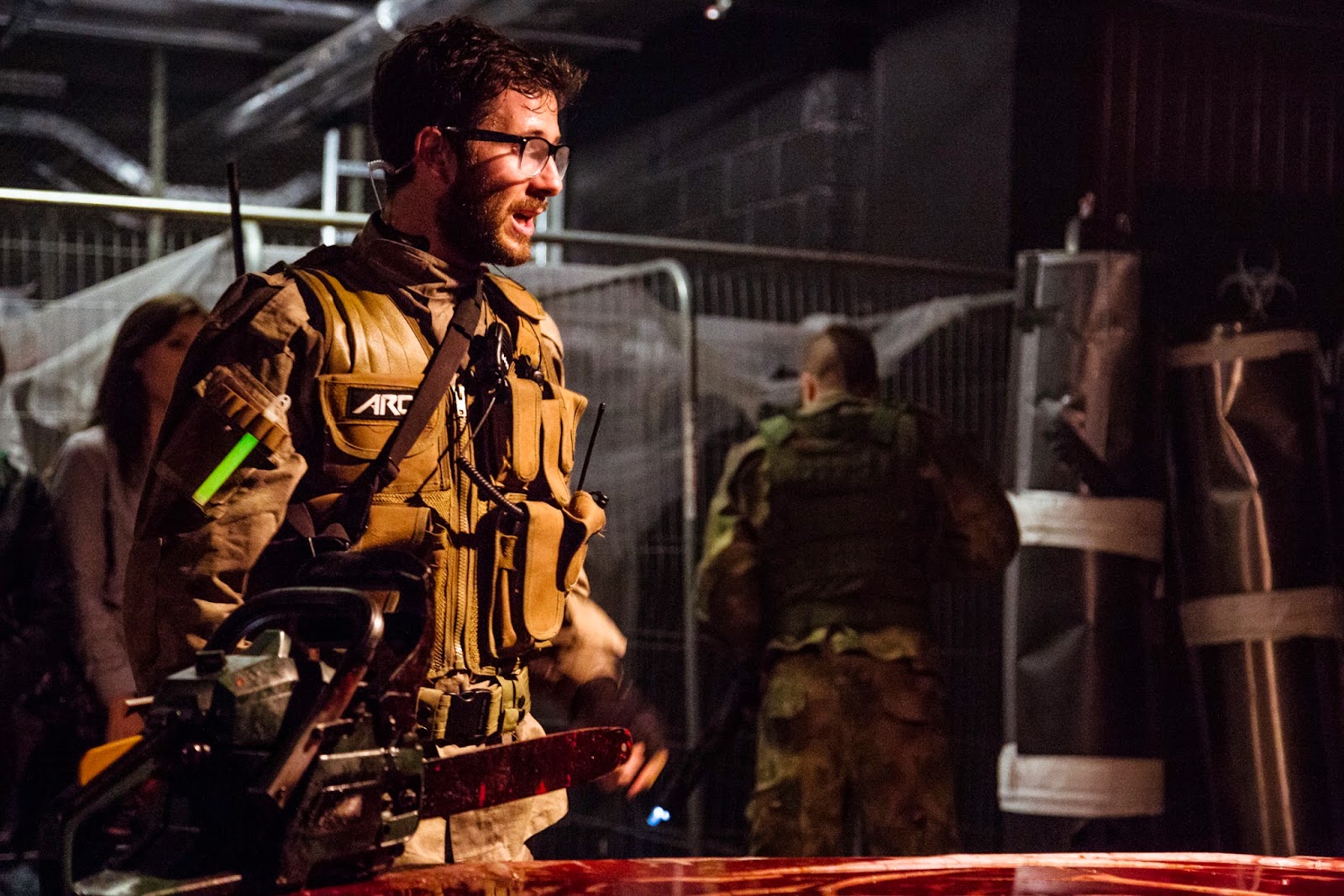 Email ThisBlogThis!Share to TwitterShare to FacebookShare to Pinterest
Labels: The Generation of Z Apocalypse And we mustn’t forget THE INCREDIBLE HULK as Series 4 receives its network premiere from Mon 9 March at 1.40pm and 6.50pm

Competition: Win A Haunting At Silver Falls on DVD

A Haunting At Silver Falls

is out on DVD on 23rd February

To celebrate the release we have 3 DVD copies to give away.

Synopsis:
Recently orphaned teen Jordan is sent to live with her aunt and uncle in the small town of Silver Falls. Clashing with her newfound guardians, Jordan develops a burgeoning friendship with a curious classmate that leads to a shocking discovery; according to local legend, two young twins who were killed by their father have cast a dark spell over Silver Falls.

When Jordan finds a mysterious ring, the murdered girls' restless spirits begin to shadow her every move. Meanwhile, Jordan's concerned aunt and uncle refer her to a therapist who sees medication and hospitalization as the only solution to her problems. As the frightened teen fights to prove her sanity, a killer draws near. Can Jordan free the twins spirits or will she be the next spirit haunting the small town of Silver Falls?


Win This
A Haunting At Silver Falls [DVD]

Competition Closed
Posted by JD at 16:30

Email ThisBlogThis!Share to TwitterShare to FacebookShare to Pinterest
Labels: A Haunting At Silver Falls 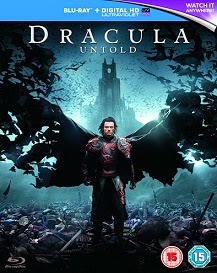 To celebrate the release we have 3 blu-ray copies to give away.

Synopsis:
Gary Shore directs and Luke Evans stars in this fantasy horror origin story. The film follows Vlad Tepes (Evans) and his struggle to protect his family and his people from the malevolent Ottoman sultan Mehmed (Dominic Cooper), whose ever-expanding empire has put Vlad's homeland in danger of being conquered. Desperate to find a solution, Vlad seeks the help of a mysterious man (Charles Dance) who grants him the powers to defeat his enemy. But do these newly-gained powers come at too high a price? 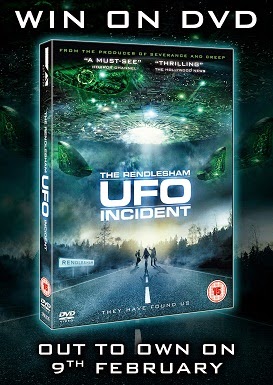 35 years after the infamous Rendlesham UFO incident, three treasure hunters head to the region in search of Saxon Gold. As darkness falls and navigation equipment begins to fail, the group find themselves hunted by an unforgiving alien presence…

The Rendlesham UFO Incident is out on DVD from Monday 9th Feb and courtesy of Altitude Film Entertainment, we have DVD competition copies to give away.

Competition Closed
Posted by JD at 20:32 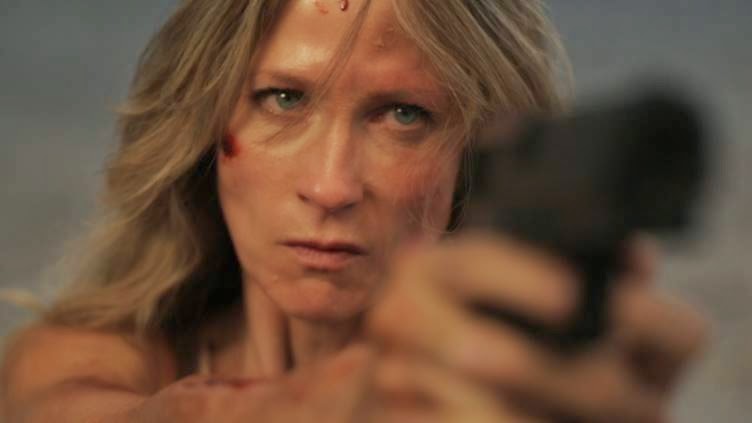 Here is a sneak preview of what's up for grabs at the Berlin Film Festival later this week - Howard J Ford's (Director/Producer Co-Writer of 'The Dead 1&2") latest epic NEVER LET GO. Shot in Morocco, Spain and the US, the film tells the story of Lisa, a single mother (played by Angela Dixon) who takes the law into her own hands to get back her abducted child. The completed film will screen at Cannes Market in May.

Howard Ford said today: “Having nearly lost my own child whilst on holiday in Malta, I have experienced briefly first hand that feeling of all-encompassing dread as you fear the absolute worst. I became intrigued by this overpowering state that I was in where I would have done absolutely anything morally right or wrong to get back my son and wanted to try and capture that feeling on film. Also, women can endure things physically and mentally that us men could never go through and I wanted to explore this inner strength surfacing and the most impossible of situations”.