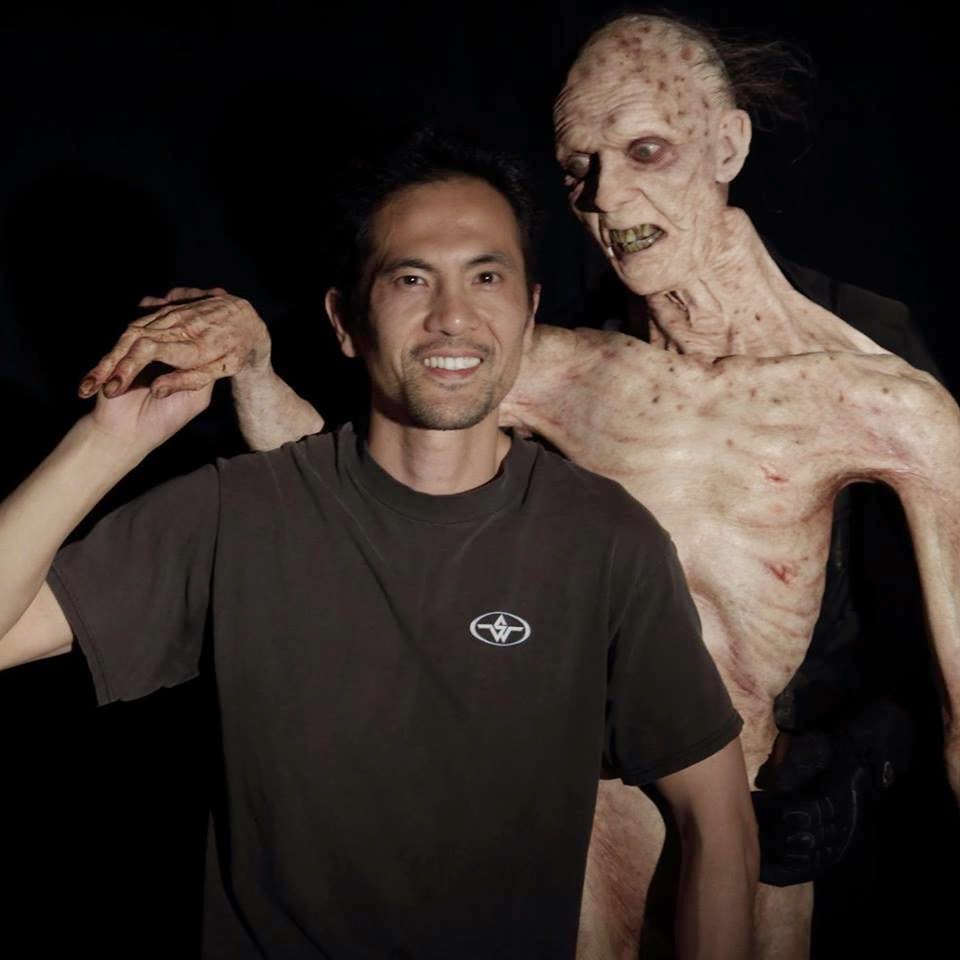 LOS ANGELES, CA (March, 2015) – Hiroshi Katagiri is a long time special effects artist making a bold jump to producing and directing his first-ever feature film, an indie horror film called GEHENNA … Where Death Lives. Large parts of Hollywood’s practical effects community, impressed with the script and fans of his talent, have come aboard to support him. Katagiri promises “a film that fans of quality indie horror will love and respect.”

Katagiri was born in Japan, loved film as a child. He moved to the US at 18 and found success as a primary artist at Stan Winston Studios, mastering the art of sculpture and character creation on films by Steven Spielberg (Jurassic Park, A.I., and War of the Worlds), Rob Marshal, Guillermo del Toro, Sam Raimi, and others. Additional big-budget film credits include The Wolverine, Pirates of the Caribbean, Alien v Predator Requiem, Cabin in the Woods, and The Hunger Games; TV credits include The X-Files where he was part of an Emmy Award winning team. He most loves the horror genre, and has written and directed several acclaimed horror shorts. For Karagiri, directing his own feature film is the next logical step.

GEHENNA … Where Death Lives tells a story of 4 people scouting resort locations in Saipan, a remote Pacific island. At one location, they find a hidden cave-like structure which they decide to explore. Soon they realize it’s a long-abandoned Japanese military installation dating back to WW2. They encounter dried up corpses – a dark omen, then shockingly - a living, deformed man. After an explosion, the corpses disappear, and they are sealed inside. Concern becomes fear, and fear becomes terror. Each of the group has strange visions borne of private secrets, and their realities blur. They try to use smarts, find clues, and try to reason it through. But as the secrets of the cave unfold, reality distorts still further. So too does the distinction between life and death, bringing the film to a shocking conclusion.

“Gehenna - Where Death Lives will not rely on gratuitous violence, gore and torture”, says Katagiri. “We use elements which make any film great - excellent story line, believable characters, talented cast, and amazing practical effects. Our characters are placed in a predicament, which grows and worsens. Worry and concern turn to dread, panic, and terror. But I think the test for my success will be if viewers care so much about the characters that they find themselves in the film, and their heart beat accelerates. This makes the viewers immersed, which causes true horror that will scare the heck out of you.”

“I absolutely loved the script, and the reliance on practical effects”, adds Mike Elizalde, President of leading industry effects house Spectral Motion. “So I am firmly committed to the project both for my company and for myself as an artist.”

Legendary effects master Steve Wang – who already created a full-sized “creepy dummy” featured on Kickstarter, along with top concept artist Kouji Tajima, Katagiri’s longtime friend and fine artist Joey Orosco, plus the multi-talented Tim Gore, and A-list artist/painter Neil Winn add to the powerhouse effects team, and … the lithe and legendary Doug Jones (who played “The Silver Surfer”) is aboard to play “The Creepy Old Man”.

“I spent years on this script and was very careful to think it through,” adds Katagiri. “Gehenna is biblical term for horribly evil place, and Saipan was site of heaviest fighting of WWII. To keep my independent vision for this film, I have come to Kickstarter.”

Katagiri launched his Kickstarter campaign in late February. He is offering Rewards ranging from a copy of the film, to t-shirts and posters, sculptures and props from the film, even a chance to have Katagiri himself sculpt your face.

Katagiri splits his time between Los Angeles and Japan. He is available for interviews. His kickstarter project is live at http://kck.st/1BQw9PM