Scream Queen legend Barbara Crampton is Film4 FrightFest’s special guest icon, appearing in no less than four films in this year’s line-up. She stars in WE ARE STILL HERE, ROAD GAMES and SUN CHOKE plus makes a cameo appearance in TALES OF HALLOWEEN. Not only will Barbara be introducing all her films, she’ll also be talking about her amazing career during a special interview event, hosted by Alan Jones, on Sun 30 Aug, 9.15pm.

She said today: To say that I am overjoyed, excited and eager to attend FrightFest as a guest is putting it mildly. This festival has been on my radar for some time and to be included and have four films screening is a welcome nightmare from which I hope never to wake”.

FrightFest also celebrates the prolific and enduring artist Graham Humphreys, who will be talking about his career designing posters in the DRAWING BLOOD event on Sun 30 Aug, 7pm. Another special event to look forward to is Film4’s own Catherine Bray, who will be hosting a DIY FILMMAKING panel discussion on Sun 30 Aug, 11.15am. 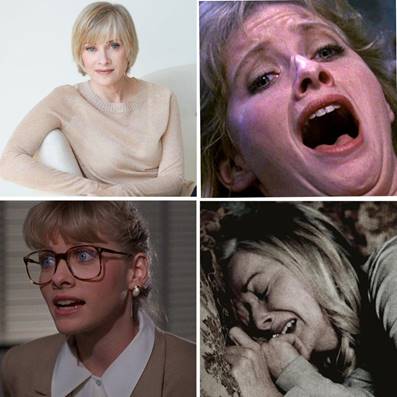 FrightFest is also delighted to host British writer/director Bernard Rose. The director of the highly acclaimed cult horrors PAPERHOUSE and CANDYMAN makes a triumphant return to the fear forefront with his FRANKENSTEIN reboot.

There will be a stellar line-up for both the opening and closing films. In attendance for CHERRY TREE will be director David Keating and leading cast members Anna Walton, Naomi Battrick, Sam Hazeldine, Patrick Gibson and Minnie Phipps. For TALES OF HALLOWEEN there will be three of its directors – FrightFest veteran Neil Marshall, Axelle Carolyn and Mike Mendez.

The eclectic mix of guests also includes AAAAAAAAH! debut director & actor Steve Oram and his co-stars rock legend Toyah Willcox, Julian Rhind-Tutt, Noel Fielding and Alice Lowe; Director Corin Hardy will be taking time out of prepping his reboot of THE CROW to present THE HALLOW; director, and ‘Emmerdale’ soap opera legend, Dominic Brunt, will be there with his latest thriller BAIT, alongside leading cast members Joanne Mitchell and Rula Lenska and Paul Hyett will be introducing the world premiere of his creature feature HOWL with cast members including Rosie Day and Ed Speelers. We also have HAWK THE SLAYER director Terry Marcel with star Ray Charleson and composer Rick Wakeman and for CAPTAIN KRONOS: VAMPIRE HUNTER, Brian Clemens sons, Sam and George Clemens, will attend, alongside Hammer Horror legend Caroline Munro.

Directors will be out in force this year. Joining us in the main screens are NINA FOREVER directors Ben and Chris Blaine, CURVE director Iain Softley, ROAD GAMES director Abner Pastoll,  DEATHGASM director/writer Jason Lei Howden, JERUZALEM directors Doran and Yoav Paz, NIGHT FARE director Julien Seri, SOME KIND OF HATE director Adam Egypt Mortimer, THE DIABOLICAL director Alistair Legrand and WE ARE STILL HERE director Ted Geoghegan.
Given the expansion of the Discovery Strand it’s no surprise there are a record number of directors supporting their films. These include SUMMER CAMP director Alberto Marini, Director Valentin Javier Diment, who will be coming from Argentina to present THE ROTTEN LINK and Nathan Ambrosioni, the 14-year-old French director of HOSTILE, who, legally won’t be allowed to watch his own movie.


Single tickets cost £13.25 and go on sale Sat 25 July at noon and will only be available online at: https://live.advancedticketing.co.uk/k?v=frightfest
Screens 5, 6 & 7 will house the main event while the Discovery strands will play in Screens 3 & 8.  The Discovery at The Prince Charles cinema strand will be in Screen 1.
For full programme details go to: www.frightfest.co.uk
Posted by JD at 12:40