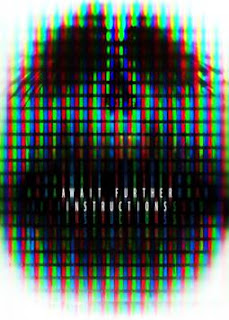 AWAIT FURTHER INSTRUCTIONS, a darkly monstrous tale of tyranny and television, will start a five-week shoot on Oct 5 at GSP Studios’ studio facilities in York.

It's Christmas Day and the Milgram family wake to find a mysterious black substance surrounding their house. Something monumental is clearly happening right outside their door, but what exactly - an industrial accident, a terrorist attack, nuclear war?

Descending into terrified arguments, they turn on the television, desperate for any information. On screen a message glows ominously: 'Stay Indoors and Await Further Instructions'. As the television exerts an ever more sinister grip, their paranoia escalates into bloody carnage.

Kevorkian commented: “I want to create a pressure cooker atmosphere, which ultimately explodes on screen! By the end of the film we’ll be shooting mostly handheld, really ramping up the pace with lots of camera moves to create an unstoppable climax to match the extreme situation”.

The film has been further developed with the support of public agencies Northern Film + Media and Digital City Innovations. Film London facilitated financing and Creative England have backed the development of marketing strategies for the film.

Beyond Science. Beyond Sanity.
Posted by JD at 07:58