6 Of The Best Cult Teen Horrors

Every few years, a film comes along that speaks to teens and becomes a cult hit. From the iconic Ghostface calling his victims in Scream to the blood-soaked prom prank in Carrie, these moments are relatable and overdramatic – perfect for the younger generation. Friend Request is the latest in this dark and twisted trend, where social media is used to terrorise a group of students.

Laura has 800 friends on social media, but when she accepts a friend request from a quiet girl in her class she quickly realises how dangerous the click of a mouse can be. Soon a dark spirit takes control of Laura’s account and one by one, her friends are killed in the most brutal ways. Ahead of the release of Friend Request on Blu-rayTM and DVD September 19, we wanted to take a look at some of the best teen cult horrors of all time.


Carrie (1976)
Carrie received two Academy Award nominations, and launched the careers of various young actors including John Travolta. The film follows the shy teenager Carrie, who has an overbearing mother and is bullied by many students at her school. When she becomes the victim of a cruel prank to crown her Prom Queen and dump a bucket of pig’s blood over her on stage, Carrie unleashes her telekinetic fury upon innocent and guilty students alike, destroying her high school gymnasium and trapping the students inside to feel her wrath. 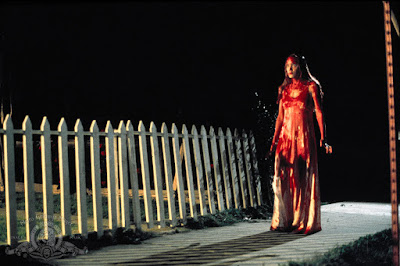 Halloween (1978)
Arguably one of the most successful horror franchises of all time, the Halloween saga began with a moment which shocked cinemagoers everywhere. When six year-old Michael Myers dressed in a clown costume brutally murders his sister by stabbing her with a kitchen knife, the child is committed to a psychiatric hospital until he escapes at the age of 21. The psychotic murderer returns to his home town and begins stalking high school student Laurie Strode, killing anyone who gets in his way. 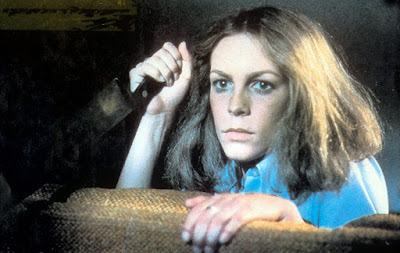 Scream (1996)
This American slasher mocked the clichés of horror movies by openly referencing classics like Halloween and Friday the 13th. The film introduces the mysterious and now infamous killer known as ‘Ghostface,’ who creepily calls and taunts his victims before murdering them. The film focuses on Sidney Prescott (Neve Campbell) and her friends, who try to work out the identity of Ghostface while he goes on a killing spree until only Sidney remains, or so we think… 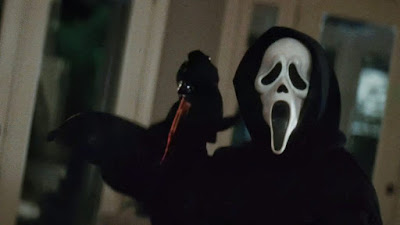 I Know What You Did Last Summer (1997)
Another classic from the 90s, I Know What You Did Last Summer follows four friends a year after they killed a fisherman with their car and dumped his body in the water. When Julie (Jennifer Love Hewitt) receives a mysterious letter claiming that her crime was seen, the group set off to track down who they think is responsible for the note as they are persued by the ‘figure in a rain slick.’. 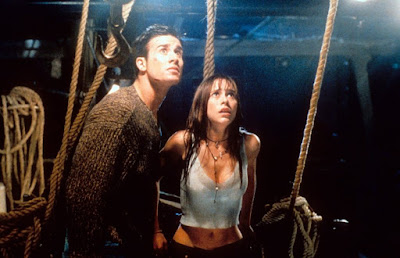 A Nightmare on Elm Street (1984)
Freddy Krueger made his way onto our screens in 1984 wielding his blade-fixed glove, stalking and slashing the teens of Springwood, Ohio in their dreams, or rather, nightmares. Johnny Depp received his on-screen debut as Glen Lantz, a stubborn teenage boy who refuses to accept that the nightmare murderer is real despite seeing his friends and girlfriend fatally slashed by an unseen force. 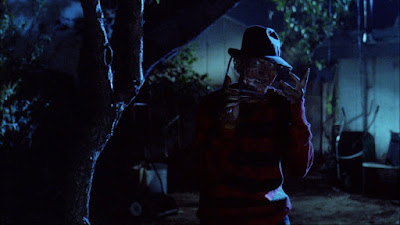 Friend Request (2016)
A modern day cult horror movie in the making, Friend Request is a breath of fresh air for the genre. Using social media as the medium to strike terror into teens, the film brings horror into the 21st century by highlighting how much we share online and how that could be used against us. Laura is one of the most popular girls at college, and suddenly receives a friend request from the awkward and lonely Marina. After accepting, Marina becomes jealous and angry when Laura doesn’t hang out with her, prompting an unfriending. But this is a decision that Laura will live to regret, if she can survive that is.

FRIEND REQUEST IS OUT ON BLU-RAYTM AND DVD SEPTEMBER 19
Posted by JD at 09:46