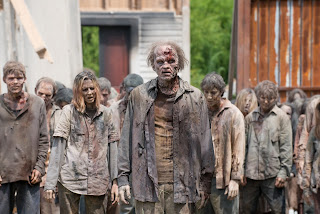 The time is ripe for a massive TV zombie show apocalypse and to celebrate the release of season 1 of iZombie, we take a look at the cream of the crop of zombie TV shows gracing our small screens. From the US to Europe, here’s a compilation of those zombie shows, serious and not, that absolutely need to be seen.

iZombie
After a disastrous boat party is invaded by zombies infected with a party drug, medical student Liv awakens zombified. Intent on being a ‘good’ zombie, she enlists at the coroner’s office to eat brains to keep her symptoms at bay. A side-effect is flashbacks of how they were killed, Liv poses as a psychic to help the police solve the murders. 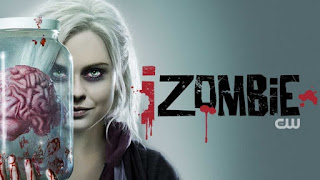 The Walking Dead
Awakening from a coma, Deputy Sheriff Rick Grimes (Andrew Lincoln, AKA Egg from Teachers) leads a group of survivors in a world overrun by the Zombie apocalypse. Battling zombie ‘walkers’ and rival surviving groups, the group try to adjust in a post-apocalyptic world, searching for salvation and a possible cure. 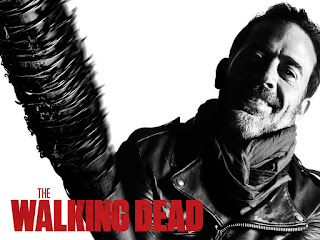 Fear The Walking Dead
A prequel to The Walking Dead, which shows the impending zombie apocalypse as it happens. Action centres on the dysfunctional family of Madison and Travis, and their children from previous marriages, as they witness the apocalypse and prepare themselves for the inevitable collapse of civilisation. 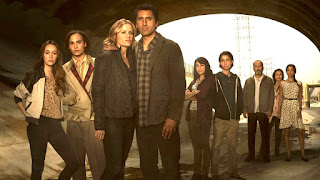 Z Nation
Three years after a zombie virus has wiped out most of America, a few remaining survivors discover Murphy, a prisoner who was experimented on by the government, and subsequently survived a zombie bite. The embittered Murphy could be mankind’s only chance of survival, providing an antidote to the zombie virus. 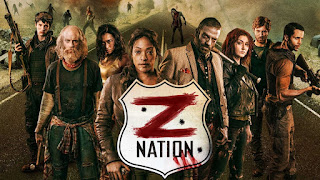 In the Flesh
A home-grown BBC series, based in Lancashire. Set in the aftermath of ‘The Rising,’ where dead people were resurrected and ran amuck as zombies, until being cured and returned to society. The show concentrates on ‘rotter’ Kieren, a rehabilitated zombie plagued by his own suicide and the atrocities he committed when he was a zombie. 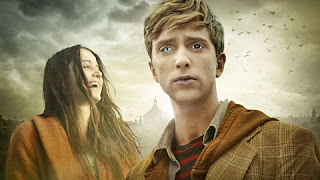 The Returned
A French series based in an Alpine village, where a cluster of discombobulated people appear. It soon transpires that they are actually people who have died, and as they try to adjust and reclaim their lives, strange phenomenon starts happening, including a spate of murders, bearing similarities to a long-deceased serial killer’s modus operandi. 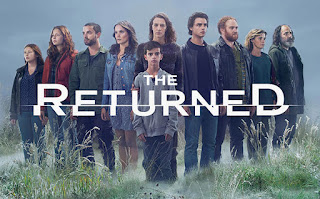 Own iZombie on DVD Now
Buy from Amazon by clicking here