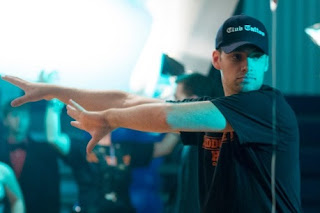 While transporting the legendary killer Bonejangles, a group of police break down in a town cursed with monsters, and must release him to survive!

We catch up with Bonejangles DIrector Brett DeJager ahead of the July 18 VOD release.


How did you break into the business?

If I’m being honest with myself I’m certainly still trying to break into the business. I started with filmmaking back in 2005 or so when I teamed up with one of my good friends who was attending film school down in Arizona. We filmed our first feature length horror film in AZ shortly after, and I’ve been building on that experience ever since. I’d love to continue to write, produce, and direct movies moving forward! Hopefully people will enjoy Bonejangles and want to give me another shot at creating something people love.


Did you have encouraging folks?

Absolutely. I definitely wouldn’t be where I’m at today without my folks. They supported me emotionally and financially while I attended my undergraduate and graduate school pursing my doctorate of psychology degree. My parents even put up a large portion of cash for my first feature film, The Cochise Suicides, that unfortunately was never released. (Thanks mom & dad!) 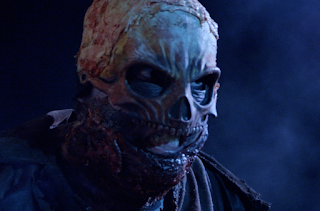 Was the movie of choice at the homestead usually a horror movie?

My mother was a huge fan of older cheesy sci-fi movies and low budget horror! She definitely had a big influence on me growing up and my love for horror. Plus, we had a drive-in movie theatre as well so we got to go to the drive in to see movies. It was definitely a special time in life.


What were some of your faves growing up?

I’m a sucker for the classic horror films of the 80s: Nightmare on Elm Street, Friday the 13th, Halloween, Evil Dead, House, The Thing, Child’s Play, Fright Night, The Gate, Creepshow, and Killer Klowns from Outerspace. I re-watch those movies throughout the year. 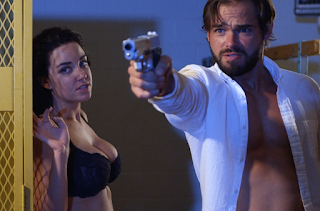 What came first – the script or the character?

That’s a great question for Keith Melcher! I came onto the project once the first draft of the script was penned.


Is it harder directing someone elses script?

I think it adds a different dimension to the execution of the script. It wasn’t just my baby I was bringing to life but someone else’s. Keith put a lot of blood and tears into the screenplay for Bonejangles so I wanted to make sure I didn’t butcher it. I wanted to put my own vision into it but respecting his original ideas. Having him on set really helped since I was able to get his blessing for a lot of my ideas. It also adds a whole other level of complexity when the writer is ALSO one of the executive producers/money men. Thanks, Keith! :) 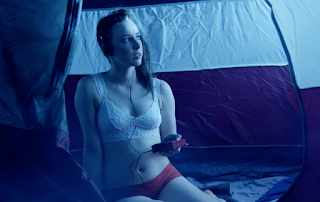 How many punnets of corn syrup were used in the making of the movie – or are they using something else for blood now?

Haha! I can’t be too sure but our practical effects guru, Ben Gersch, basically walked around with tubs full of blood just in case we needed it. That guy is a beast at what he does.


How did you entice Reggie Bannister into the flick?

We went through a casting agent to snag Reggie Bannister. I was told he really enjoyed the script and the rest fell into place. I’m pretty sure it was the coolest thing ever directing Reggie Bannister in a movie. Hard to top that! 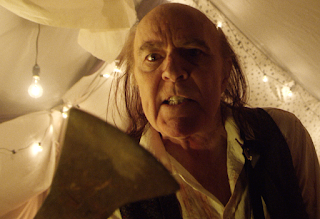 Though a fun horror film do you think there’s an underlying message to the movie?

I think the underlying message for anybody reading this is to do what you love. It sounds cliché but it’s really true. If you have an idea and really want to see it through, just go for it. Collaborate! I wouldn’t be doing this interview without the support and teamwork of the entire Bonejangles crew. They all worked their tails off. Also – the amount of support and interest Bonejangles has accrued this year has also reinforced the ‘fact’ that horror fans typically don’t want remake after remake. They want original content, and I hope Bonejangles delivers.