Interview with Justin Price - Writer-director of ALIEN : REIGN OF MAN 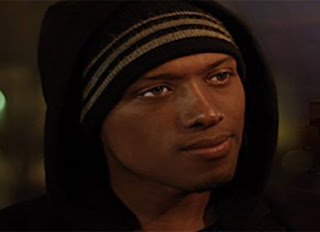 Is it hard to write scares into a screenplay? We wanted to find out so we sat down with Justin Price, writer-director of ALIEN : REIGN OF MAN, out this August to find out.


Writing, directing and producing – quite a workload for one person.  But would you have it any other way?

Times they are a changing! What is so great about the times we are living in is people are more receptive to other ways of creative expression. That is exciting. I believe in order to break down barriers it takes a collective of people recognizing that they can be infinite. No borders or constraints on their creativity! That is what I have pieced together at my company Pikchure Zero Entertainment. The world is filled with people who have dreams and then decide for one reason or another that time has passed them bye and it has been a blessing to be able to discover great hidden talent.

We worked with a phenomenal actor who was spending most of his time running pageants and working in the medical field. All great things, but as an actor Johnny Llanes truly shines! It is because I am free to create that I am allowed to have my hands on all aspects of the vision. That is what is so liberating about wearing a lot of hats. I also think that if you have the talent to do it, then why not? I used to concern myself with being a jack of all trades and a master of none, but as time has progressed I think it’s far worse to be a phenomenal dreamer of ideas that end up in the graveyard. I am excited for my first foray into sci-fi with Alien Reign of Man which is releasing August 01, 2017 on VOD and all digital platforms!

Are these films easy to get up that you do? All privately financed I imagine?

I don’t think any film is easy to do. All films are a collaborative effort and regardless of what people may assume, there aren’t many cheap films. It takes a lot of work to make a supposed “bad” film.  A lot of time and money. There are levels to this. We always begin with what we want to say and we check the temperature of the audiences. I may want to tell a story about a famous serial killer but if at the time the world is really in the mood for family and coming together, it wouldn’t be a good idea to create “the Jeffrey story”.  And then my producing partners KHU and Deanna Grace Congo and I sit and either look through scripts we have an affinity for or think of things we want to see made and weigh the DIGAD process. Which stands for “do I give a damn” because ultimately time is our most valuable resource. And then we go from there. Again no film that is released to the scale that we release them are just put out to youtube unchecked and at our convenience.

Just going through the QC process alone costs thousands. And those guys don’t put films out because they like them, there has to be technical things passed in order to ensure it even makes it through to the major outlets. So most of the time there are things cut and moved that may have changed what a film looked like.  What has happened with this great explosion of technology and access is people have come to learn only part of process and stages of things and in an attempt to sort of understand quickly, no one does research. Anyone that is in a position to release a film or interview talent, didn’t just wake up and hit enter and all things were easy. So for everyone reading just think about a movie taking eight months of multiple people’s lives to create and it was all for one hour and thirty minutes of entertainment for you. We do this because we love the craft. And no amount of money or budget will ever usurp that no matter what. A lot of people uplift people working with large budgets and studio resources and I would challenge you to bring those people to our playing field and see how long that mind set lasts. As in pound for pound I believe it takes just as much skill to figure out how to light talent in Iceland with limited resources as it would to build an Icelandic stage and VFX ect ect for 10 million.

Did the script change much before it went before the cameras?

Yes, every time I write a story I have to be open to the possibility that things will change. Alien Reign Of Man started out as this shoot em up bang bang film with a creature lurking in the shadows. But it just felt formulaic and we thought it would be much more interesting to invest our time and money into actually exploring places not seen in film. To let it be more of a character driven film about discovery. I think it made the film more intimate.  There are locations in this movie that are just lensed beautifully.  And being able to have a company that sees beyond the normal paradigm in Uncork’d Entertainment has proven to be paramount in the success of this creative freedom.


How did you pick your cast?

Angela Griffith and Mary Smith do a great job in finding talent for most of our projects. We are all multi-hyphenates so we sort of jump from behind the camera to in front of the camera as well. KHU does a great job as the lead in this film. As I mentioned up above, this creative freedom allows us to say to hell with stereotypes. This film is 80% female and there are African American people in space doing more than plotting courses or mapping out shuttle trajectory. I am excited to have that opportunity. Every movie we do it truly is about who fits the character and what makes the film better. It is my great joy to have the privilege to cast this way.

Is it hard to write scares into a movie?

Yes! Again I have to make sure I say this twice. Movies are hard. Audiences are watching films as if they are preparing for a 401k retirement. There are stats and critic comments and IMDB ratings. You could surmise that every movie goer is there making a small investment into your future. So thank you! I mean it’s that hard to grab attention now a days, so I never take it for granted when someone wants an interview or people rent or buy our movies. That is amazing. There are over a billion films and somewhere around 50,000 films made this year and people are taking the time between t.v. and social media to watch something we created, then we must be on the right track. So yes its very difficult to try and “sneak in” a scare. The one thing I pride myself on with every film I have made is there aren’t any true rhyme or reasons for my tone and movement. In Alien Reign of Man, I promise you audiences wont watch it and go “next scene I bet they are surrounded by floating planets “.


You also have another movie coming out, a romantic comedy, can you tell us about it. Just how different was it working on that to Alien : Reign of Man?

“Almost Amazing” comes out October 06, 2017 to all the digital platforms ITUNES, HULU, AMAZON PRIME, and VUDU. It was produced alongside Matthew Simmons and Eddy Herrero and Shaun Cairo. A Pikchure Zero Entertainment production, “Almost Amazing” follows three guys who are working for a breakup company and trying to come terms with the fact that they may be in love with the girls they were hired to break up with.  It was awesome working on a Romance. Taylor Carter and Alisondra Alexander are the two leads and they do a phenomenal job. Again just undiscovered dynamo’s! I can’t wait till their performances are on display in this film.

It was great working on this film because usually these films are labeled “black” or “urban” which is odd to me. So I made sure that I put a lot of people on the cover and made the most open story I could. I didn’t want anyone working at a music studio and somehow selling guns and ect. We actually were told that the film was lacking that “black” appeal by some major networks. To that we say thank you! Because there is a fine line between paying homage to the culture and also not seeing that there are ways to advance story telling beyond stereotypical troupes. So as with Alien Reign of Man, it was great to be able to challenge the cast and the audience to go on a different journey.


What’s the best horror film of all time, in your opinion?

Ex Machina – I believe it was one of the greatest movies of this century. It was terrifying to me because what made it scary was the concept behind man’s inability to come to term with our own mortality and just the nuances and performances bring to light how far removed from reality we are. It was like holding a mirror up to society and saying –look! Anytime you can make people think without it being educational, then that’s scary. Melancholia was close second. That ending scene made me feel chills. Everytime I watch it I just put myself in there shoes. Where are you going? What would you do? The world is going to fkin end and none of the fancy linen and speeches can save you. Brilliant!