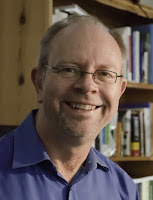 Three years ago, twenty-two year old girl-next-door Rachel (Ott) barely survived a brutal massacre that left her friends in pieces. Time has passed, Rachel has moved on, but unfortunately history has a way of repeating itself.

Her close friends are spending spring break in a secluded house in the woods, and they have cordially invited her to join. Little does she realize that another bloodbath will be showing up as plus one. Once Rachel and her friends arrive at the cabin, the partying, sex, and terror begins.

We caught up with Steve Parker to get the 411 on WTF! 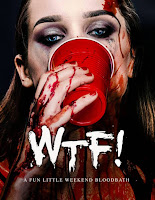 How long of a journey has this been for the WTF! Producing team? How did it come about?

Over three years ago Peter brought us the script, and we sent him back to writing with a lot of notes. When he came back a year later, the script worked. Six months later we wrapped production, and then we spent two years in post. We were busy on major projects (Beverly Hills Lizard People, and the best-selling Belgian book series The Dark Numbers) and this was simple enough and Peter was going to do the line producing.

What was the appeal for you?

It was a cute little script, and had great potential.

Was it shot in your neck of the woods?

I’m the weirdo—I’m San Francisco-based. The production was in L.A., and even my business partner Jody Wheeler is based there.

Do you imagine a much different series had a major studio got hold of it?

I think they’d have re-written the details to fit marketing wisdom.

How would you describe the tone?

It’s a very Cabin in the Woods kind of setting where you gradually become aware how creepy and isolated a place you are.

Tell us about the cast….

We found a great cast of newcomers. Callie Ott (Rachel) has a previous feature credit, but for everyone else it was a first feature opportunity. They’re talented, attractive and you’ll be seeing more from the all. Andrea Hunt has a role in the up-coming Awaken the Shadowman, for example.

How has advances in technology opened up doors for filmmakers?

Shot on a RED Scarlet, there are really great cameras and the ability to do VFX and other post magic at low cost helps us make movies that look like a million dollars for a small fraction of that budget.

Can you tell us about your next film?

We’re planning to shoot Beverly Hills Lizard People in spring of next year in Vancouver. An extension of the L.A. subway into Beverly Hills disturbs the underground lair of the lizard people who live beneath it. It should be fun! Look for parodies of the current administration’s cabinet! Kelly-Ann lizard?