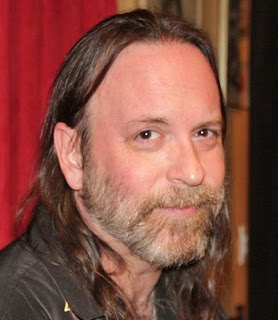 Stephen Biro has been the President and founder of Unearthed Films Inc. A horror DVD label in the United States. He has written several novels, ghost writes on occasion and writes screenplays. Stephen has recently wrote the film adaptation for the underground comic book, "Bubba The Redneck Werewolf" and is working on the new American Guinea Pig Series. He directed the first film, "American Guinea Pig: Bouquet of Guts and Gore" and wrote and produced, "American Guinea Pig: Bloodshock", directed by Marcus Koch. AGP: The Song of Solomon is about to be unleashed as his second directed film. Stephen just moved to Los Angeles.

Back when I was in the 10th grade. I was atrocious at it though. Took me a long time to teach myself the ins and outs of writing. I will always need an editor though.

How did you get your start in making independent movies?

Since I have distribution locked and handle international sales for a lot of other films and film makers. It is safer for me to make a movie then the average filmmaker. I have all the venues set in place and don't have to run around, sercing for distribution so it gives me a safer avenue to actually make this a business instead of an expensive hobby.

I've always been a horror fan since I was under the age of five. I blame my mother for that. Instead of a quarter under my pillow when I lost a tooth, I would find a rubber frankenstein or monster instead.  I've always been attracted to the darker things in life but mostly I blame mom. 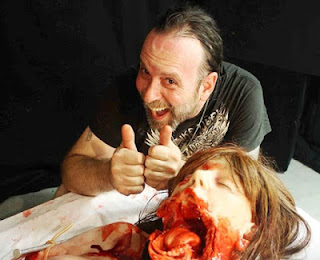 Is horror a full time job?

Very much so. Handling Unearthed, distro, making my own films, writing books and screenplays all in the horror genre, I have little time to do anything else.

Theological Horror is my bag. The afterlife, Heaven and Hell, demons, possession. I've been thru quite a lot of it. It's not often you talk to someone who admits they have met the Lord and the Devil and have been to Hell... but I can. So, i write from the heart and soul of my experiences. It's what Hellucination is all about.

People need an escape or they need to have questions answered about who they are and why they exist, so I figure were all searching for something and horror and fantasy can make us ask those questions and keep it hidden within the confines or a fantasy story while horror can delve into our nightmares and show us who we really are as people.

Why do you think people are so fascinated by the Devil?

The ultimate turn away from all that is Holy. The other side of good... everyone thinks they are good, but are we really? Lucifer is the opposite of the Lord and is used as a scapegoat many times over in this world but then again, the war between Heaven and Hell has been raging since the beginning of time and while we are stuck in the middle, pawns in the ultimate game of chess we don't see but can feel. He is a fascinating character and has been given many attributes, some false and others, on the nose.

If you remember, “He Man and the Masters of the Universe”, everybody loved Skeletor... I didn't like He Man at all. I always wished Skeletor won, just once. Now this doesn't mean I want Lucifer to win the battle for Armegeddon because he does win his share of battles because the pawns, really don't know the arena they are stepping into.

Demonic possession. Are you a believer or a skeptic?

Believer, but it's totally different than what movies portray but yet, the same in many ways. That person who killed their family and said that the voices told them to do it... very much so. Some people have the Id and Superego, angel or demon on your shoulder. Some people do not. Psychologically there is the Id and Superego... so when science has a term for the angel and demons on our shoulders... that should give us all pause.

God, Satan, Heaven and Hell... My trip to Hell would change any man or woman. My dealings with things from the other side has changed my perspective and I cannot write about anything else now... Even my screenplay, Bubba the Redneck Werewolf, a goofy horror comedy has the Devil show up to down and begin his sheenanigans. So yeah, imbeded into my soul so to speak.

British is more classy, gothic while American is more in your face. That could change but Hammer Horror really did change the landscape that I don't think you can ever get away from.

Getting that late night message from a reader who says they haven't been able to sleep well after reading one of my books. I actually get a lot of them since my books usually push the boundaries of what a book actually is. Their more of a thought experiemnt and I usually force the reader to answer questions in their own minds about what life is about, what do you believe and who you are as a person. Some people are not ready for those sort of questions when they pick up a book to escape from the normal realities, of our reality.

That's a hard one since the industry is flooded but this is my best advice. Write what you know. What affects you as a human being and make your voice stand strong and proud and allow the characters to envelop your mind and give them the room to grow so they can explore the boundaries of your own mind and don't ever stop them from going to places you don't want to go to. That is the magic of writing.

Flooded the market and makes it hard to find the diamonds in the rough. I love it, since it gives everyone a voice but if everyone has a voice, it's hard to hear the actual ideas and novels you want to find and read. It just made everyone choosier so a lot of talent is falling to the wayside.

Finalising the sound design on The Song of Solomon, working on A Serbian Documentary, working on the Extended cut of A Serbian Film, Working on The Unnamable full restoration, color correction and working on several releases thru Unearthed Films

Please in your own words, write a paragraph about yourself & your work.
My name is Stephen Biro. I used to be a comic book collector and I am still a ravenous horror hound. I got to a point in my life as to were I had to search for God using anything I could to accomlish that goal. I have. I have used enough LSD and nitrous oxide to peel back the layers of reality to find the Lord, the Devil and I have been to Hell, and I have achived Salvation. Not all was drug induced mind you.  Since then, I have used films, books and visual interpretations to spell out the war between Heaven and Hell and I have done it in a way that has never turned anyone away. I'm a theologian and I am a gorehound and I understand what you must be thinking as you read this. Luckily, I am who I am and I no longer fear death and I will embrace it.