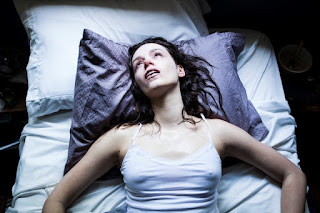 The creator of the Evil Dead series Sam Raimi leaves Spiderman movies behind and returns to his horror roots. And what a return! Fast-paced, frightening and funny Drag Me To Hell follows the course of a curse laid upon a well-meaning bank clerk. Demons are on the rise, and Raimi applies all of his trademark visual dynamism to this diabolic jamboree. Stars Alison Lohman and Justin Long. 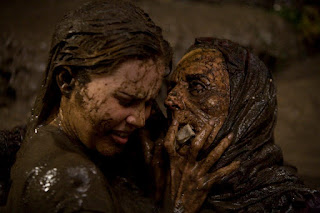 Are you ready for the violence of the lambs? In the ‘Bad Taste’ tradition of Peter Jackson, Kiwi director Jonathan King’s zombie sheep black comedy is a shear delight. Sheep-phobic farmer Henry Oldfield wants to sell his share in the family farm, to the delight of his evil bother who is genetically altering the mutton to create a super-sheep. Then a toxic lamb foetus escapes infecting the flock turning them into rampaging bloodthirsty monsters and humans into were-sheep.

American backpackers Jay Hernandez and Derek Richardson find themselves in a terrifying nightmare scenario when they head for Slovakia lured by the promise of easy sex with Eastern European girls. Garnering notorious headlines when it was first released, this the slasher rejuvenated and intellectualised in a way that stays with you. Stars Jay Hernandez, Derek Richardson, Jana Kaderabkova, Jennifer Lim and Barbara Nedeljakova.

A 50-foot-tall alien spider escapes from a military lab and rampages the city of Los Angeles. When a massive military strike fails, the city’s scientists and soldiers turn to an unlikely hero. Alex (Greg Grunberg), a bug exterminator, and his Mexican security guard sidekick, Jose (Lombardo Boyar), are the hapless duo who team up to kill the creature before the city is destroyed. Also stars Ray Wise.

After his wife meets a grisly end, Jamie Ashen (Ryan Kwanten) returns to their creepy hometown of Ravens Fair to unravel the mystery of her murder. Once there, he discovers the legend of Mary Shaw (Joan Heney), a murdered ventriloquist whose eerie presence still looms over the town. As he desperately digs for answers, Jamie encounters the curse that took his wife's life and threatens his own.

Based on the William Gibson story, Johnny (Keanu Reeves) is a data courier who has a secret stash of information implanted into his mind. However, the data will kill him if he cannot retrieve it within forty-eight hours. Accompanied by physically enhanced bodyguard Jane (Dina Meyer), Johnny sets out to acquire the passwords he needs to save himself. Worse yet, he is hunted by gangster Shinji (Denis Akiyama) and businessman Takahashi (Takeshi), both of whom seek the data Johnny possesses.

Kristen (Liv Tyler) and James (Scott Speedman) retreat to a family vacation home for a relaxing weekend but their stay turns out to be anything but peaceful. A series of unexpected arrivals sparks a deadly sequence of events. First, a mysterious and dangerous woman turns up, then James accidentally kills his friend Mike (Glenn Howerton), mistaking him for an intruder. But the real danger arrives in the form of three masked torturers, leaving Kristen and James struggling for survival. 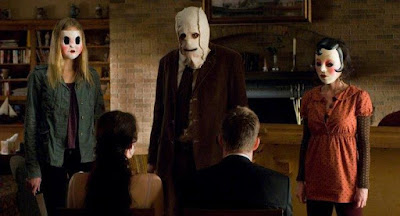 Determined to make it in Hollywood, reluctant waitress Sarah Walker (Alex Essoe) goes on countless casting calls in hope of getting her big break. After a series of weird auditions at the mysterious Astraeus Pictures, she lands her dream part. But with this opportunity comes bizarre ramifications that will transform her both mentally and physically into something beautiful and altogether more terrifying.


Sat 30 Sept @ 21:00 – BIG TROUBLE IN LITTLE CHINA (1986) *Network Premiere
Hard-boiled truck driver Jack Burton (Kurt Russell) gets caught in a bizarre conflict in San Francisco's Chinatown when an ancient Chinese prince and Chinatown crime lord kidnaps a beautiful green-eyed woman Miao Yin (Suzee Pai). Miao is the fiancée to Jack's best friend. And Jack must help rescue the girl before the evil Lo Pan uses her to break the ancient curse that keeps him a fleshless and immortal spirit.