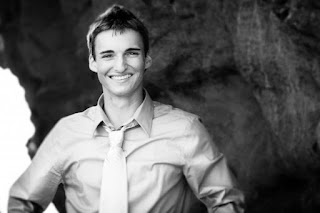 When former Sheriff and skeptic of the paranormal, Tom Mayfield (Boo Arnold), encounters three dead bodies on his TX ranch, he must enlist the help of his conspiracy-theorist brother-in-law (Rawn Erickson II), a local surveillance expert (Dante Basco), and a renowned cryptozoologist (Stephanie Drapeau), in order to uncover who or what is behind these mysterious events.

While being pursued by the local detective (Kevin Sizemore) as a lead suspect for these deaths, Tom is forced to reconsider his preconceived ideas of what lies beyond our planet.

Ultimately, he must mend the estranged relationship with his daughter (Tahlia Morgan) and come to grips with the truth of his missing wife (Tiffany Heath), as he discovers the importance of community in survival and the belief in the unseen.

From High Octane Pictures, the studio that brought you Clowntergeist and The Answer, comes another workout for your goosebumps, Sightings out 11/7.

What inspired this rather unique – and very fun - particular story?

I’m a fan of big ideas and other worldly occurrences, so I knew I wanted to make a movie with that in mind. I also knew I had access to a 200-acre ranch outside of Austin TX.  So I was trying to come up with different stories that could be set there. One day, a buddy of mine sent me a news clip of a guy in the back woods of North Carolina claiming to have seen a Bigfoot, and my friend said, “You should make a movie about Bigfoot.” I initially shrugged it off because I felt like Sasquatch had been done before. Then I was driving home one night and had the thought - What if Bigfoot was an alien? I started doing research and discovered this is an actual theory. So then I got excited about the idea. From there it was about crafting characters that could be the central part of the story and figuring out how their relationships could change as a result of these extraordinary events.


Did you sit down and watch similar movies before shooting? If so, which ones?

Absolutely! I even encouraged my crew to watch these movies before production started. I was inspired by the setting and tone of Signs. I looked to Jaws for its creature and adventure elements, as well as its visual work. I also hoped to capture some of the magic and science-fiction style of movies like Close Encounters of the Third Kind and Super 8.


In terms of directing choices, anyone you emulated here?

Yes. Based on the movies I was watching — definitely Steven Spielberg and M. Night Shyamalan. Their movies were even influential during the writing stage.


Do you write with certain actors in mind?

Sometimes I do. Tahlia Morgan, who plays the daughter in the family — Hannah Mayfield — is my wife and she produced the film with me. So from the get go we knew she was going to play this part and I was able to write the role with her in mind. The only other character that I had a particular actor in mind for when writing was the surveillance expert — Akiro Nagi — played by Dante Basco. I’ve been a fan of Dante’s since seeing Hook and have always wanted to work with him. So I was thrilled when he read the script and liked it enough to be a part of the project. 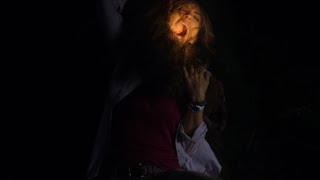 Do you consider the film a success only when it hits a certain monetary figure?

For me there are two aspects to the success of a movie. One is whether or not it works as a complete story and has an emotional impact on the viewer. The only way to know if it has succeeded in this way is when you see it with an audience. Based on the times I’ve gotten to do that, it feels like a success to me. Knowing I was hoping to get a laugh or a scream at certain moments, and then to see that happen is extremely rewarding. Secondly, there is definitely a cost in producing films. So in order to continue making movies, yes we need it to recoup its budget and hopefully a profit on top of that. The thought is — if you succeed in the first way, then word-of-mouth will be good and you have a better chance of succeeding in the second way too.


Has the movie opened doors for you?

The biggest thing this movie has done for me thus far is establish relationships with some amazing actors, hard working crew people, supportive investors, and a great distributor. Which is quite a lot! It has also motivated me to do more movies and to make them even bigger and better each time.


Sightings premieres on VOD this November.