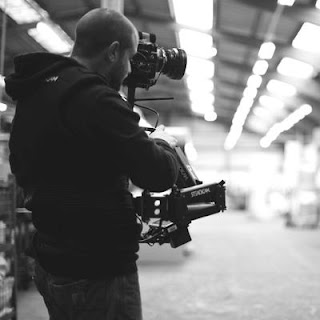 The year is 1955. NATO and the Allied Forces have been conducting secret, occult experiments in a bid to win the Arms Race. They have finally succeeded, but what they have unleashed could tear our world apart. Now one woman must lead the only other two survivors past faceless horrors that threaten to kill or capture them at every turn. They are the only ones left who can fight to close a door that should never have been opened.

The Rizen available on VOD January 2 from Uncork’d Entertainment.


Where did the idea for the film come from?

Hi, what a great question!

Well the story of The Rizen actually grew out of a much smaller script which was simply called ‘The Tunnel’. In this - as far as I can remember, we not only never left the escape tunnel, but also never saw the wheels that turned behind the horror elements,

As this first story was redrafted, the story expanded into the nuttier-than-a-fruitcake Lovecraft meets MKUltra in the 50s sci-fi/horror movie that it is today.


What about the script? How did it change, if it all, in the time between that initial draft and the shoot?

So the initial story has changed massively, it’s vast now compared to what it was to start with! But as well as that - quite obvious change - there are some slightly subtler ones that have had a truly great impact to the film. Mostly coming from casting if I’m honest.


Did you have your actors onboard first or did financing fall into place first? I guess it’s a bit of a chicken or the egg scenario, that one?

You’re not wrong! While we where already shooting, Clare (the films utter champion of a producer), somehow managed to get Ade Edmondson and Sally Philips to look at the script…

…but the only parts they were looking at were tiny?!

This meant that before sending them sides to read and character breakdowns, I would edit the script and re-write their potential roles in between takes (yes, that’s just as much fun as it sounds!), expanding on their roles, making their dialogue and the impact their characters had on the plot much more important.
It was a nightmare but we were very lucky that they liked the characters - you must remember, we’re a low budget indie film. Clare has worked miracles getting such incredible talent on board.

Who of the cast do you think are closet to their characters?

This is a tough one. I think the only real answer to this is… The Blinds.

The bad guys with bandages around their heads running around and fighting and trying to echo-locate everything from a swinging crowbar to a wall in a tunnel painted black… in the dark.

I think those heroes were, for the duration of the time they were in costume, the closest to their characters.

That and Sally Philips (by her own admission) is the apotheosis of pure evil.


Is there a particular moment in the film you really, really enjoyed shooting?

Through the PTSD haze of making a low budget extravaganza like this, it’s hard to narrow it down to just one moment. Sometimes you feel like every day you’re shooting it’s just a blessing if you manage to get anything to work, let alone ‘good’ - but we had some truly great days.

I could say the obvious highlights of the bigger stars we got to work with, the blood sweat and tears that the action and fight sequences took, the mountains of outtakes we got from corpsing with laughter, but something else sticks with me.
Every morning we’d open this grey, dusty, damp warehouse on an industrial estate in the middle of nowhere. The kettle would go on and the lights would flicker… and then hold.

Then slowly, person by person as the crew would arrive, that grey, dusty and damp little warehouse would be transformed into a Film Set.

Laughter, swearing and hustle would fill the space. The next thing you know, you’re shooting a movie. Those are the times I remember warmly.

There’s honestly nothing else like it and I feel so lucky to be a part of it. Every time.

I’m afraid that from a legal standpoint, I’m not at liberty to say.

What I can reveal, I’m sure the big studios involved won’t mind me saying this - my inbox has quite literally been blowing up with spam for both Viagra and Life Insurance.

Make of that what you will.


Any chance of a sequel?

Funny you should mention it… Rizen 2 is currently in the throws of post-production!

We - insanely - shot two films (The Rizen and The Rizen 2) at the same time.
This was because of a few reasons, not just because we’re gluttons for punishment, but because by the time the script for The Rizen was finished, it was clear we were only halfway through a story that spanned over 60 or 70 years.
So yes, Rizen 2 is very much a reality, and although both films stand satisfyingly on their own, they also work back-to-back expanding the universe and different characters stories in both films.


What’s next for you?

Time for a nice long holiday…. in my dreams!
I’m already writing the next bat-shit crazy film for us - so stay tuned, it’s gonna get pretty weird and wonderful up in here!


The Rizen available on VOD January 2 from Uncork’d Entertainment. 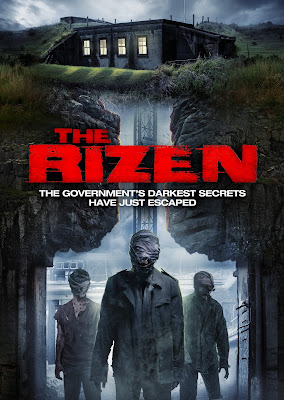