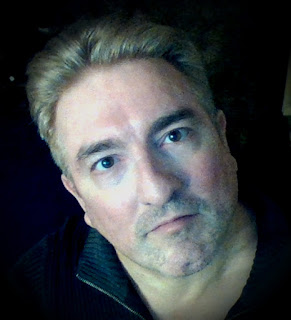 His latest trade paperback releases are the story collections, HIDEOUS FACES, BEAUTIFUL SKULLS and BEST LITTLE WITCH-HOUSE IN ARKHAM. He has also written a two-author paperback collection with Michael McCarty, DRACULA TRANSFORMED & Other Bloodthirsty Tales. Other books by Mark include the story collection BEACH BLANKET ZOMBIE and the collaborative horror novel, MONSTER BEHIND THE WHEEL (with Michael McCarty). Mark is the coauthor, with Rain Graves and David Niall Wilson, of THE GOSSAMER EYE, a poetry collection which won the 2002 Bram Stoker Award for Superior Achievement in Poetry.

When I was little, my mom would drop me off at a library while she went shopping. I didn’t have time for reading novels, so I would read short stories. I eventually found myself gravitating toward horror stories. Fortunately, the library in question had a lot of old Arkham House books and August Derleth anthologies. As I read those stories, it dawned on me, “I could do this. I could write stories about monsters.” The vast majority of my stories have monsters in them. I started writing horror stories in my teen years, and my first ones were published while I was still a teenager.

That library I mentioned stocked some Lovecraft collections, and I fell in love with his works after I read his stories, “The Dunwich Horror” and “The Outsider.” I read everything Lovecraftian I could get my hands on, and eventually I started buying books through the mail directly from Arkham House.

Not everything I write is Lovecraftian, but I do enjoy romping in that particular field of terrors and tentacles. 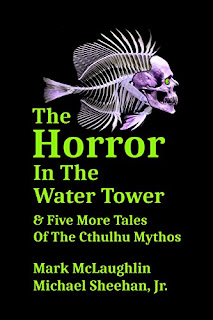 Eventually I discovered horror, fantasy and science-fiction magazines and started writing stories for them. Over the years I’ve written hundreds of stories, articles and poems for those publications, and developed some wonderful friendships with many great editors. The late Karl Edward Wagner reprinted a couple of my stories in his iconic YEAR’S BEST HORROR anthology series, and I always enjoyed talking with him.


Do you think horror and comedy can really go together?

Certainly. It’s good to be able to laugh at life’s nasty shadows. Show those shadows who’s boss! People weren’t meant to cower in fear. If you can laugh at a fear … well, it’s no longer a fear then, is it? In the past, I’ve written a lot of comedic horror stories, but in recent years, I’ve been moving away from the humorous aspect – especially in my Lovecraftian stories. In those stories, I’ve been concentrating more on the otherworldly science aspect.


Is horror a full-time job?

It’s more than that: it’s a full-time life. My mind is always percolating, thinking about the next story I’m going to write, and the next, and the next…. The craft of writing is certainly a full-time job for me, since I also write in my ‘day’ career in marketing and advertising.

I don’t write in just any one genre. I write horror, Lovecraftian stories, humorous stories, science-fiction, fantasy … and over the years, I’ve also written tons of nonfiction, including articles about green building, women’s health, community businesses, interviews, horror movies, you name it! 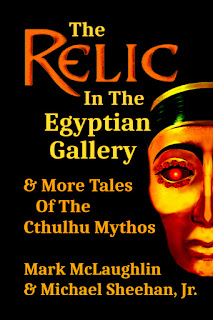 People need fantasies to distract them from the world and its troubles – often, the more elaborate the fantasies, the better. The escapism of reading is a delightful little mini-vacation for the mind.


Why do you think people are so fascinated by the Devil?

It’s because they secretly envy him! He pretty much does whatever he wants. A lot of people would like to live like that. But ultimately, a life of sin and indulgence can only lead to sickness and loneliness, with nothing to show for it when the day is done.


Demonic possession. Are you a believer or a skeptic?

I think the vast majority of individuals involved in such cases are probably misunderstood, albeit creative individuals. But, I wouldn’t completely rule out the possibility that malevolent entities might exist. Maybe they are the souls of the restless dead, or life-forms of an alien or transdimensional nature. Who can say? It’s a big universe. Who knows what may be lurking out there in endless void?

Everything! I’m especially inspired by nature and science. The world’s oceans and jungles are full of monstrous creatures. The microscopic world is teeming with ghastly little terrors. I’m also interested in the mythologies of various lands, including ancient Greece and Egypt. In today’s world, myths and gods have been replaced by movies and celebrities, and I find inspiration in that.


What do you think is the difference between American horror and British horror?

In general, I think British horror is more subtle and psychological. American horror is pretty much anything-goes. But, there are a lot of exceptions to those guidelines on both sides of the pond!

Don’t get me started – there are too many to count and they’re all very different! My favorites would include Suspiria, Dracula, Frankenstein, Dracula’s Daughter, Black Sunday, old Three Stooges movies, James Bond movies, The House by the Cemetery, Inferno, and The Rocky Horror Picture Show (both old and new versions). I especially like crazy, cheap B-movies like The Manster, Bloody Pit of Horror and Fangs of the Living Dead.

My main goal is to keep creating, and the fact that I create on a regular basis is one of my two greatest accomplishments. I don’t worry about awards, being honored or anything like that. I’ve already won a Bram Stoker Award, and while I’m honored to have received one, the fact that I have one doesn’t make me any taller, thinner or younger. I’m still just plain old me.

My other great accomplishment is successfully working with my two regular collaborators, Michael McCarty and Michael Sheehan, Jr. They are both great people, and working with them has led to the creation of some great books (in my humble opinion, of course!). With Michael McCarty, I have written the novel MONSTER BEHIND THE WHEEL, along with other poetry and story collections. With Michael Sheehan, Jr., I have written THE ABOMINATIONS OF NEPHREN-KA and other Lovecraftian collections. 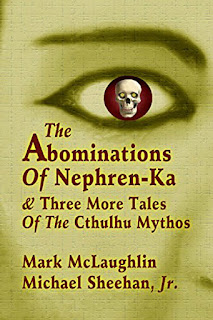 Just keep writing! Don’t worry if you think any other writer is doing better than you. Just be the best YOU that you can be. I’ve learned over the years that you just need to keep your eyes on the road … the road to your own future!

Actually, I’ve been doing some self-publishing myself, and my self-published works sell much better than any of my works from traditional publishers. So there are indeed merits to self-publishing, if you recognize that you need to work a lot harder to get results. But while you have to work much harder, you can get better results because you have more control. Having said all that, I still believe in traditional publishing and haven’t ruled out working with more publishers in the future.

My most recent Kindle releases are THE CREATURE IN THE WAXWORKS, a new collection of Lovecraftian tales, and MAGIC CANNOT DIE, a collection of stories about sorcery and enchantment. I also have other projects in the work, but none of them are close enough to being finished to announce. 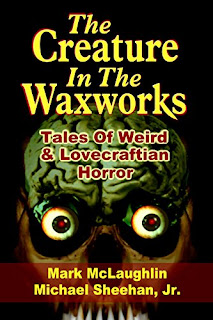 In your own words, write a paragraph about yourself and your work.

I’ve been writing for more than thirty years and hope to be writing for at least a thousand more. I suppose my body will wear out some day, but hopefully some kind of super-science will come along that will allow my head to be grafted onto some of eternally typing cyborg body. That would be just fine with me!