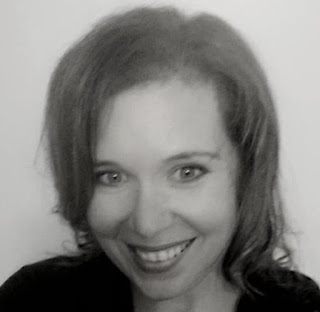 I always have been in some way or another. I used to write songs. I even produced a country cd many moons ago. (Almost twenty years ago) Now, I write Dark Paranormal Fantasy. I think it’s all relative but how I began writing again is a rather peculiar story. On February 28th of 2009, I had this dream about being in kindergarten holding a baby chick. I texted it into my cell phone in the middle of the night but didn’t remember doing it. Months later, I found the story while switching files over to a new cell phone. I’d written a children’s book about those little moments of joy that we only notice as a child. I had a publisher for Being Four rather quickly. I wrote my second children’s book, Shark Boots on a B.C Ferries ride from Vancouver to Vancouver Island as an homage to my hyper active toddler. This all happened in the year I was diagnosed with M.S.


How did you get involved in fantasy?

Shortly after my M.S diagnosis, I had a messed up utterly brutal nightmare in the middle of the night and once again, I wrote it down. The terrifying dream began at a front door left slightly ajar, shifting in the wind and ended with a creepy lullaby. Even the words to that song were there and that’s how Sweet Sleep became book one in my series. I switched genres in a heartbeat. The story that formed around that nightmare was just too incredible to walk away from.

I prefer to think of it as a calling…I’d spent over sixteen years working in Early Childhood Education. I was a gym obsessed runner when I was forced to retire. Writing this series keeps me from losing my mind each time the M.S. Fairy resurfaces. (I refer to relapses as the M.S. Fairy giving me a shove because it adds some humor to an otherwise messed up situation.)

Immortality is freeing. We live in a society with so much fear. Almost everyone has lost someone before their time. Most of us identify with the stages of grief for one reason or another. We can place ourselves into that character’s shoes as they struggle to survive and then applaud within ourselves as they stand back up whenever they fall. Throw in a little magic and the child we’ve lost emerges to light up our brains with renewed hope and deeper meaning. We all secretly want to believe in magic and something larger than ourselves when the reality of life makes us feel small. These books make our adrenaline rush. They may terrify us to our core, but they become the inner voice that prompts us to fight when we’re ready to give up. My series has brutal graphic violence. I had to be brave to release it. It would have been less upsetting if I’d altered the character’s ages. Yes, there’s a good chance you’ll be traumatized, but in the next breath, you’ll be laughing at something completely inappropriate. With Horror and Fantasy, it’s all about the rush.

My struggles through life and a gloriously messed-up imagination.


You put a variety of monsters in your work. What are your favorite monsters?

Oh, there are so many. I always find demonic toddlers entertaining. I have one kick a character’s ass or skin them alive once in a while… It keeps them humble. My series covers both supernatural and reality-based deviants. I have Lampir, Lycanthrope, ghosts, demons, and even mortal serial killers. Anyone can be a monster on the inside.


What are your favorite horror and fantasy books?

I do love me some Stephen King. I also adore C.S Lewis.

I’m a huge fan of cheesy B movies. Stuff like Snake Head Terror. Scaring me is next to impossible so I need some dark comedy in there. As Above So Below was upsetting because of the way they filmed it. I’m not a fan of enclosed spaces. I’m always most impressed when I can’t guess the storyline five seconds into the movie. I find myself frustrated when your three movies deep in a franchise and the main character doesn’t fight back.

Staying true to the original version of the story during the editing process without altering the ages or brutality of a character’s demise. During the Immortal Testing in Enlightenment, the characters die in thousands of increasingly brutal ways until their partially mortal minds can comprehend what it takes to be immortal. In Wild Thing, Lexy is only eleven when she’s drugged, kidnapped and held captive. The brutality she faces there is how she evolves into a warrior.

Stay true to yourself and the story you’ve written. It takes guts to release something seriously dark.

I really hate seeing new authors being suckered into paying to publish.

I’m writing the third book in Lexy’s series. I have several other books almost completed that are not in the series. I definitely won’t have time to release one of those this year. Once I’m finished the book I’m writing now, I’ll be diving right into book five in Kayn’s series.

I began writing this series shortly after my M.S. diagnosis. I had many reasons to fight. I had incredible children, a wonderful family, and amazing friends but this series gave me purpose. Whenever things become dark, I use my imagination to find the light within myself. No matter what life throws your way, you are stronger than you believe. My hope is that the character's strength becomes an inner voice for the readers that need it. Stand back up and if you can't stand... Rise up within yourself.

We are all beautiful just as we are. We are all immortal.