Interview with Richard Hochman Star of Bus Party to Hell

While his big TV break was a sitcom (FOX’s Grounded for Life), and the genre that encouraged him to follow his dream was action, it’s a full-on horror movie that’s putting Richard Hochman on the map. We speak to the scene-stealer who plays Alan in the April release Bus Party to Hell.


How did you get into acting, Richard?

I’m a rare Los Angeles native, and was surrounded by aspiring child actors and all of my friends were in acting classes and performing groups, and I wanted to be included, and became infatuated with portraying other people. I also was obsessed with movie watching, especially action movies, and I always knew I wanted to act.


And you did a lot of TV shows early on – what did you learn on shows like 7th Heaven that you found handy later on?

I did a lot of work as a child/ adolescent actor, and with these jobs, I really learned what is was to be a professional on set, and learned some of the things you can only find out by being on a real set, things like how far good energy goes on set, how important excellent craft services is to the cast and crew, and to always be prepared and present and ready to roll with the changes that are frequent on a TV shoot.


And during those early years did you work another job, too?

I worked a lot of temp jobs to keep my schedule open for auditions. I was one of those annoying kiosk guys selling to you in the mall when I was 18, I always made extra cash going to the pool hall in those days and playing guys for money. 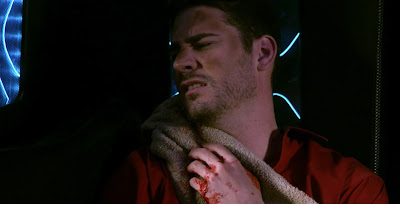 And you’ve done quite a bit of web series and TV work in recent years. What appealed to you about doing the smaller-screen stuff?

I would say every genre has an appeal to me. I’ve always been a horror film lover but had never acted in one! I always imagined they would be a ton of fun to do, and surprisingly, after finishing Bus Party To Hell, not only was it a good time, but it was physically exhausting. Lots of running and yelling in horror films! It can get pretty tiring on long days, but well worth it!


But features are the goal, I imagine?

I started my journey in acting because of movies, and the movie theater viewing experience, and it’s always been the dream for me to act in the movies.


Give the readers an idea of what ‘Bus Party to Hell’ is?

The movie is just a wild ride from start to finish. It has very much an 80’s horror film vibe, with all the horror film essentials, gore, cheesy jokes, and nudity. It has jumps, sex, and a twist as well..


And what’s your character’s responsibility?

Alan Armstrong generally is looking out for his own survival, and looks out for himself in general. All he wanted was to have a wild time in Burning Man, but he knew he couldn’t do that alone, and when things go nuts, he knows he can’t survive without the others on the bus as well.


What was your toughest day, as an actor, on this one?

Without giving any spoilers away, there was a 14 hour day with a lot of blood, running, and heat. Once again, horror movies can be physically exhausting to shoot! Coincidentally that was my last day on the shoot, so I was game to go as long and as hard as was needed. I had a celebratory cocktail right after.


In terms of creative choices, were there ever disagreements between you and the director?

Rolfe is very meticulous, knows every shot and is editing the film in his head as he goes. I couldn’t believe the details he was able to keep track of! After day one, I saw his attention to detail, and fully trusted every direction he gave me.


Any idea why the name was changed?

Search results! We gotta be in the ABC’s baby! 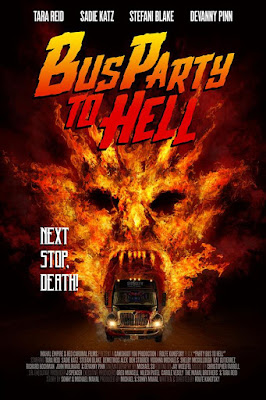