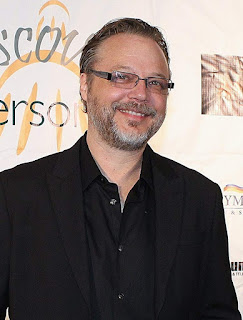 Did you write the film as a vehicle for Casper Van Dien or did you simply realize, looking back, that he was the best man for the job?

We looked for a celebrity actor who would play himself and have fun doing it.  That takes a special kind of actor who can push his own ego aside and just go along for the ride.  Casper was perfect for that because he’s such a talented, fun, and incredibly nice human being which is important on a low budget set where the creature comforts are very limited compared to those you might find on larger productions.


Do you recall how and where you pitched Casper the movie?

I like to meet and socialize with my “name” actors before I cast them to see I how it will be working with them, especially since with "Darkness" we would be in a closed, haunted, old hotel with no air-conditioning, in Missouri, in the middle of August.  So, our casting director set up a meeting at a restaurant with Casper and his fiancé Jennifer Wenger, my wife and producing partner Linara Washington, and myself.  And we all really hit it off,  like we’d known each other for years.  I knew right then that Jennifer, who is well known in the horror genre, was perfect for the role of Rebecca Long, the movie star.  And I knew Casper would have a great attitude and sense of humor about playing himself.  And in fact, that friendship has continued now nearly two years later and I can't wait to work with them both again.


Did Casper struggle with anything on it? Did he make any suggestions to improve scenes?

Casper is not only an actor, but an accomplished director, so he knew what I was dealing with and did everything he could to make my job easier and keep things light and fun.  He is the consummate cheerleader on set and makes the entire crew feel good.


Is he the type of actor that tends to stay in character between takes? Which, in this case, means he simply stayed… himself?

Casper was playing a slightly surrealistic version of himself, or as we joke - an “asshole” version, which he had a lot of fun with.  He’s been acting a very long time and has the ability to slip in and out of character with no problem, whatsoever.  He is a lot of fun on set.

There is very little “wind down” time for me on my movies because I go right into post.  I give myself maybe a week to unwind but then, honestly I can’t wait to start editing because that's when the real work starts.


Tell us how many hats you wear in this movie. A lot, right?

I have worked in film and TV for over thirty years now, and I started my career doing special effects – puppets, makeup effect, miniatures etc.  So, with my films I do wear a lot of hats; writer, producer, director, editor, sound designer, sometimes I score - but not on this one, and I help out with a lot of the makeup effects.


What’s the best thing about being a producer on your own movie? I imagine it means you get more say at the table?

As my own producer I have no push-back.  I have no one telling me "no."  I do surround myself with other producers who I bounce things off of, and who once we’re in production, allow me to just be creative and thankfully they take on the headaches.


And finally, just how haunted was the place you shot the movie in? Even if it isn’t, I imagine nobody will be willing to step one-foot into it now!

One of the really uncanny things about making this film was that there were many things that happened in the script that also ended up happening in real life. Even Casper at one point said, “be careful what you write, you’re really powerful.”  The script originally was written to be in a hospital, but we couldn’t find one that worked, and then we found an old hotel that was closed, so it was an easy re-write to set it there.

It turned out the hotel was, in fact, thought to be haunted and many people who used to work there had all kinds of experiences, many of which were similar to things that had already been written into the script.  As these things kept revealing themselves, the crew was getting increasingly nervous since there we were making a horror movie about a film crew making a horror movie in a haunted location – and everyone dies.  I had written a running gag about Casper’s flight getting messed up and guess what?  His flight was horribly messed up the night before he was to begin working and it was a miracle he made it to location.  There was a long list of “coincidences” that were unnerving to say the least. 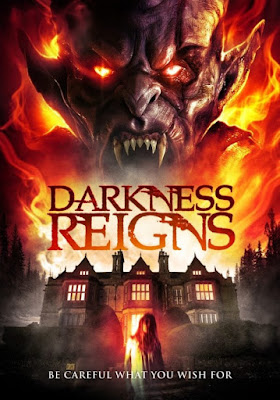