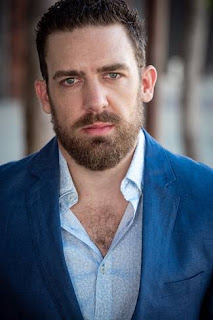 David Breen is an emerging Australian talent, fresh off work on the legendary Tourism Australia "Dundee" Super Bowl campaign. His film work is being noticed worldwide with Post Mortem Mary taking out Best Short Film at the prestigious Sitges Film Festival in Spain and winning the Atlanta Horror Film Festival and the Ravenna Nightmare Film Festival in Italy.  His latest film, Stray, premiered at Screamfest in October 2018.

Not patiently waiting around for his big break, David is just back from LA after training with and meeting some of the industry's best.  Back home in Australia, he's worked and studied with some of the country's top film makers, constantly honing his skills and expanding his repertoire.

A versatile talent, he began his career at his local community theatre. Since that time, he has built an enviable body of work on screen and on stage.  He has worked on projects for Channel 9, the ABC, Foxtel and starred in multiple projects funded by Screen Queensland.


David was born and raised in Sydney.  He initially studied Biomedical Science, but these days will only be found wearing a lab coat for the right role.  His hobbies include amateur astronomy and jigsaw puzzles.


Dundee. What an experience that would have been? Who did you play?

Working on the Dundee Super Bowl ad was amazing. We knew when we were filming what the project really was but weren’t allowed to discuss it with anyone, it was hard keeping that a secret for as long as we did but it has turned out such a successful campaign for Australian Tourism. I was cast in the commercial to play Danny McBride’s double, at the time I wasn’t sure what this would involve but next thing you know we’re jet-setting all over Australia filming at some incredible locations and I’m wearing the Dundee costume standing on cliff tops, snorkelling on the Great Barrier Reef, all once in a lifetime stuff really, it was awesome.


And it was shot in Crocodile Dundee-territory?

A lot of the original movie was shot in Kakadu, a national park in Australia’s north, we didn’t shoot there for the campaign but some of the landscapes featured in the campaign are a nod to the film. Australia is such a vast and beautiful country that the creatives were spoiled for choice for locations and we ended up filming all over the country. North, south, west, east we went there.


How did you get the gig?

Unbeknown to me at the time the decision makers thought I looked a bit like Danny McBride. I walked into the casting knowing who I was being asked to play and thought “I don’t look anything like this guy” but that shows what I know and when an opportunity comes up to be part of such a brilliant campaign you get onboard. I didn’t do anything special, just my job.


Was commercial work something you’d done a lot of, or was this an exception?

This was an exception to the rule for me personally. So far in my career I’ve targeted film and television work, but this came up and I got the go ahead so how could I say no? Working on a project that is so important to your country is a privilege and the commercial airing during the Super Bowl was just icing on the cake. Everyone involved from Australia and the US should be extremely proud.


Being seen all around the world, I imagine the faux film/trailer opened some doors for you?

You know you’d like to think so. The most fortunate thing to come from being involved in the campaign is the cast and crew I got to work with and the friends I made on set. The calibre of everyone involved in this shoot was world class and to be able to work with and learn from everyone I could was the biggest bonus. More than anything this opportunity confirmed to me that I can work at the top level with some of the best in the world when required.


Are you planning on tackling Hollywood?

I’m fortunate enough that I found in acting a passion that I love so heading back to Hollywood is on the list. There are so many intricacies involved with working in the industry as you know and sometimes it’s feast other times it’s famine so I’m constantly training, staying positive and getting my work done. I just became an Uncle for the first time so at the moment I’m busy spoiling my new niece as much as I can but I’m sure if I go back to stay in Hollywood she won’t mind.


Whose career do you admire the most from your home country? Anyone whose path you’d like to emulate?

Three people straight up – Joel Edgerton, Ben Mendelsohn and Noah Taylor. These guys just work and work and work and are such gritty, truthful actors. I don’t think any of these guys have ever done bad work. I do have a soft spot for Joel though because we were born and grew up in the same place so he’s my hometown hero you could say, him and his brother Nash, those guys are legends.
Posted by JD at 10:57