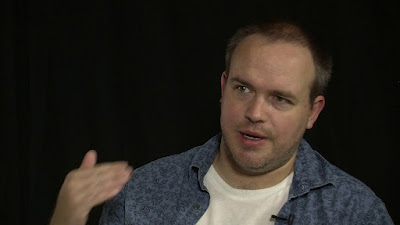 John Carpenter and Joel Schumacher were big influences on Peter Stray’s script for Canaries, now being released in the US as ‘Alien Party Crashers’.


I imagine you must be a real horror buff, sir – there’s some great nods in this!

Thank you for noticing! Hopefully there are homages without becoming fromages.   I watched a lot of John Carpenter prior to shooting, plus The Lost Boys definitely influenced the tone and look. Shooting in the Jaws locations was partly a nod and partly as I’m lucky enough to know people who live there, but we didn’t want to do anything like outright replicate shots.


When did your love of the genre begin – and was it through films, books, video-games?

Definitely film - I think early kid scares from Temple Of Doom, Arachnophobia and even The Goonies played a part in getting into light- hearted horror as a thrill-ride. Now I think about it, my / our generation got some content that kids nowadays would never be allowed to watch!


Did you always intend to make movies?

I trained as an actor but I was always fooling around with VHS video cameras and even learned to edit on the big VHS editing banks.


How much have the likes of George Romero and Stephen Herek influenced your own work?

They’re top filmmakers - Romero can’t not influence horror. But for inspiration, I looked more to John Carpenter, Joss Whedon or Katherine Bigelow honestly! And it’s not just horror directors - a lot of my character banter is inspired by writer directors like Hal Hartley - I recently showed him the film and he loved it!


How would you describe this movie? It’s definitely got the funnest ‘plot’ of a recent horror-sci-fi movie!

Thank you! I think a big part is that Wales is sort of an underdog in the UK and doesn’t get featured internationally “playing itself” very much - so I wanted to feature some great Welsh characters alongside Americans and Brits...


Could you imagine doing the movie without today’s effects?

I can but it would take longer! I met the legendary Douglas Trumbull recently and was really interested in the idea of doing a film w old fashioned model work, though I thought Milk VFX (oscar winners for Ex Machina) did a great job of realizing my UFO design


I imagine there’s been some real perks having a GAME OF THRONES star do the movie? What kind of doors did it open?

Pub doors!  - Seriously Robert Pugh is a legend. He was very generous with his time and has come to several screenings. And let’s not forget Kai Owen from Torchwood. All the cast in this are great and whether you know them or not, hopefully you will soon.


Is there a sequel planned?

Oh yes. Double yes. I’m interested in investors and we are talking to several people about this. I love these characters and will continue this in any format - including me drawing a “graphic novel” in crayon.

Get on iTunes now! 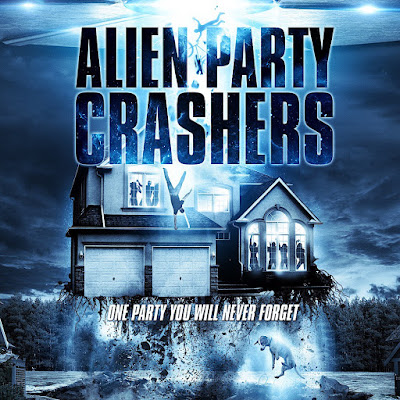