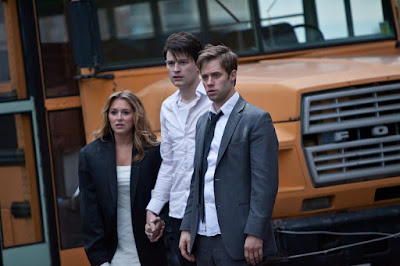 Sat 6 Feb @ 21:00 – THE REMAINING (2014) *UK TV Premiere
A group of close friends gathers for a wedding, but the celebration is shattered by a series of cataclysmic events and enemies foretold by apocalyptic biblical prophecies. The survivors face a horrifying, uncertain future as they scramble for safety, but as their world collapses around them in chaos and terror, will they choose real life through faith, or just try to survive? 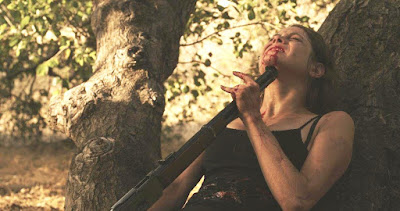 Sat 13 July @ 21:00 – FERAL (2017) – *UK TV Premiere
A wild animal attacks six medical students on a weekend hike in the woods. One by one, they become infected with a “feral disease”, turning them into rabid, bloodthirsty creatures, and the vacation becomes a nightmare as they fight to survive each other. 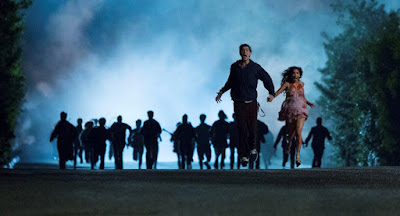 Sat 20 July @ 21:00 – FREAKS OF NATURE (2015) * Channel Premiere
Welcome to Dillford, where, three days ago, everything was peaceful and business as usual: the vampires were at the top of the social order, the zombies were at the bottom, and the humans were getting along in the middle.  But this delicate balance is ripped apart when the alien apocalypse arrives. Now it's humans vs. vampires vs. zombies in all-out, blood-sucking, brain-eating, vamp-staking mortal combat

Sat 27 July @ 21:00 – QUARRIES (2016) *UK TV Premiere
In order to escape her abusive boyfriend, Kat joins a wilderness expedition with a group of women, all of whom are struggling against the uncertainty of life. But what was supposed to be an opportunity for personal discovery quickly becomes a fight for survival when they are viciously stalked by a pack of predators.  They are forced to uncover the strength even they didn’t know they possessed 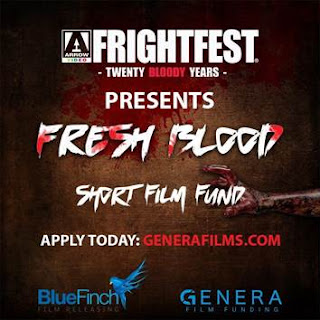 Called ‘Fresh Blood’, the partners will look to help finance short form projects in the latter stages of development in the bid to discover new voices in the world of genre filmmaking.

Submissions for the fund will start on the 5th June 2019 and filmmakers can apply at www.generafilms.com. The closing date is 31st July and the shortlisted finalists will be announced on 14th August.

Shortlisted finalists will then have the opportunity to pitch their project in front of an industry panel during the festival, who will then decide the winning film.

This year will be the festival’s 20th edition, with their full line-up to be announced on Thurs 4th July.

Genera’s CEO, Christian Parton commented: “Short films are notoriously hard to fund. Partnering and creating exciting opportunities to support short filmmakers is paramount to Genera. We are incredibly excited to be partnering with FrightFest and Blue Finch Films in launching this round to encourage the financing of more genre films”