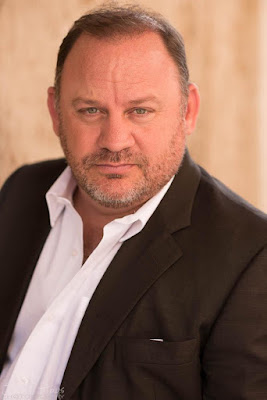 1. The Manson Brothers Midnight Zombie Massacre is a film that puts pro wrestling and zombies in the same arena, when you started out in your acting career, did you ever imagine yourself appearing in a wrestling film, a zombie film, or even a film that combined both?

No!  Hahaha!  But then again there are a lot roles and things I couldn’t imagine!  Being thrown out of a cave by a polar bear, playing a miniature worker that works inside a side machine, etc.  I was exposed to wrestling at a young age, in the 1970’s.  Before it was about big arenas and whatnot.  When tv shows held a studio audience of 100 and the ring was right there in the audience.  The wrestlers had to be not only great wrestlers and performers but had to have the big personalities to boot! The best one?  Ric Flair!  Wooooo! Zombie movies have always fascinated the public, and I’m a fan as well!  Night of the living dead, all the cult classics! 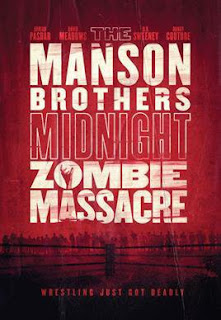 2. You star as a wrestler called "Big Wang", I hate to even think where that name comes from, what can you tell us about your character and do you know if it was based on a real wrestler, or does the writer just have a vivid imagination?

Well, here’s the story and then I will leave it up to your imagination and just tell people, you have GOT to see this film!  It’s not based on any real wrestler, and the truth is, I read for 3 or 4 characters in this film, the producers and director narrowed it down to a character named Big Wang, which originally called for an Asian actor, but since they had complete creative control, allowed me to bring to the character what I wanted and brother, it is funny!  I auditioned with heart shaped sunglasses a faux-hawk hairdo, no shirt with a black fur lined cape.  This movie will be a cult classic!


3. The film also stars two of history's legit toughest men, Randy Couture and Bas Rutten, what was it like to work alongside these two? Did you ever feel intimidated or are they the proverbial pussy cats in real life?

Well, I wouldn’t call them pussy-cats, but they were perfect gentlemen and professional actors.  Everyone on the crew and cast was just superb and super focused!


4. The "Zomedy" seems to be the route for most Horror Zombie films these days, and this film falls under that banner, as a zombie comedy, how much fun is it to be a part of a film that doesn't take itself too seriously? Or is the making of such a film very serious, despite the nature of what the film is about?

If the film turns out half as fun as it was to make, it is sure to be a hit!  I mean come on, pro-wrestlers past their prime and zombies??  What could be better?!?


5. Before acting in this film, were you ever a fan of zombie films, or pro wrestling?

Always liked the zombie flicks and was a fan of pro-wrestling.  Still watch it today with my family and even go to live events.


6. You have appeared in over 50 films in your career, with the exception of this film, which would you say was your favourite, and why?

I have a film coming out called “Space Munchies” about an alien encounter and a trailer dwelling hillbilly.  Hilarious story, great production, great script and it hits every angle, action, comedy, sci-fi you name it.  The production value was super high on it!


7. As an actor, you have appeared in films, TV series, commercials, performed stand up, as well as voice over work. Which do you enjoy doing the most, and is there any kind of work in the entertainment business that you have yet to try that you would be interested in? For example, could you see yourself appearing in a WWE Wrestling ring.

Film work by far.  A commercial you shoot in usually 1 or 2 days - its very rushed.  A tv show about a week, whereas in film, you shoot little chunks of dialogue, little bits of scenes, you really have an opportunity to dig deep into a character, story, scene, etc - the fact that it’s not rushed, and everyone is really shooting for perfection on every level in every aspect is wonderful!  Love it!  In a wrestling ring?  Hahaha - no, only to promote the film or do a sequel!


8. The Manson Brothers Midnight Zombie Massacre is due to be released in 2020, is there anything else you would like to tell us about the film.

See it!  Its got action, zombies, pro wrestling and it is going to be HILARIOUS!!


9. And finally the question that actors get asked the most, what is next for Sean Dillingham? 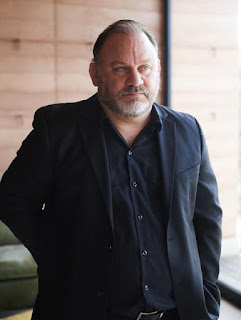 THE MANSON BROTHERS MIDNIGHT ZOMBIE MASSACRE
Synopsis
Wrestling's most hated tag team, The MANSON BROTHERS, now in the twilight of their careers and relegated to doing smaller wrestling promotions, take a MIDNIGHT cage match on Halloween night, only to find themselves trapped in the arena with wrestlers and fans infected with a mutated rabies ZOMBIE virus. Armed only with their wrestling skills, and enchanted lucha libre masks, they must fight for their lives and ensure the virus is contained to prevent an all-out MASSACRE and pandemic.
Posted by JD at 21:50