Interview with Kodi Zene director of “Monochrome : The Chromism” 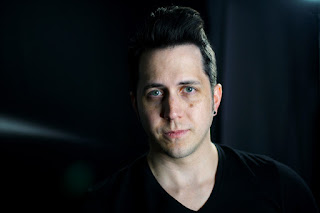 Kodi Zene is the director of "Monochrome : The Chromism" (available On Demand October 16), a unique and enthralling new sci-fi film set within a black and white world where society starts to see color for the first time.
Monochrome. What is it?
MONOCHROME is a black and white world, in which we explore the thoughts and actions that follow when society sees color for the first time in the form of people ("Hues") who start turning color. "THE CHROMISM" is the first film and origin story in this MONOCHROME world, where we follow the first Hue, Isaac Ward as he and the world try to understand what's happening.
Where did you get such a unique idea?
I've always enjoyed black and white art forms. The idea kind of came to me one day when I was thinking about equality in today's world. What if there was no color? Would that make things better or would the world still fight over shades of grey? Then, what if there suddenly was color, something (in that world) that had never been seen before. How would society react to those people? I had to explore these thoughts and hopefully thread some positive social messaging into the heart of the story. Art forms have a way of reaching people when mere words fail.
It's definitely an original movie - - I can't think of any other recent sci-fi films that have been shot largely in black-and-white. Can you?
The only "sci-fi" film I can think of that plays with black and white is the 2014 film, The Giver. However, the black and white visuals (then later replaced by color everywhere) in the story are more of a stylistic element that represent the "awakening" of the characters, not a central story element.
How was it accomplished, technically-speaking?
The visual effects process was quite extensive, and definitely the most challenging. Even compared against our hardest, longest shoot day outside with 30+ extras, fight scenes and a moving bus scene… the post effects process takes the cake.
In keeping with true indie film fashion, I had to wear multiple hats to pull this film off based on our budget. I didn't (and still don't) consider myself a special effects guy, but I was willing to quickly learn.
To achieve the effect of the "Hues", we shot everything in color, as you would normally. In post I would grade the footage to our high contrast black and white, however the parts of our main character or other characters that had turned "Hue" had to be masked, frame by frame for every shot, in each scene. Basically, outlining each body part as precise as possible as they moved so that they stayed in color and everything outside of the outline stayed black and white. It was extremely tedious and was why post-production took a good year!
Was it shot in your neck of the woods?
We shot everything here in Texas. About 90% of it we shot in or around the Dallas area, while the other 10% was shot in several locations in far west Texas.
How, if at all, has the Corona Virus pandemic affected your premiere/release plans for the movie?
We've been planning the release and talking with distributors a good time before the pandemic started, so fortunately our strategy is pretty much the same. However, we are all curious to see the reaction to the film now that there is a pandemic. What I mean is… there are a lot of parallels in the film that are happening in the real world today more than ever. A virus quarantine, lockdowns, finger pointing, riots, heightened levels of racial tension, the list goes on. With most people stuck at home more, they are looking for new things to watch. We hope THE CHROMISM story provides some needed entertainment and some much-needed positive messaging during these times. 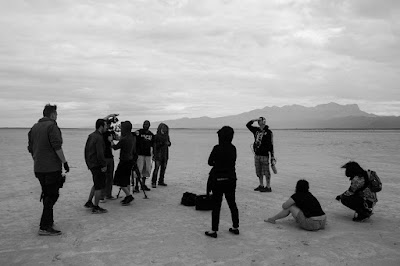