Interview with Chris Bell - Director of The Heiress 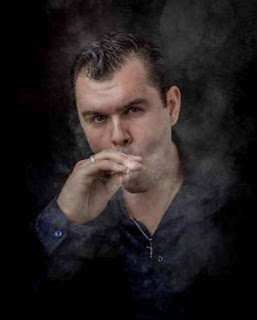 Ahead of the UK Digital release of THE HEIRESS on March 15, 2021, director Chris Bell talks about familial horror influences, his South London ‘hooligangster’ phase and learning new lockdown skills.

How did you get the idea for THE HEIRESS?
I was in my local library when I came across a painting. The artist was a local lady. I was drawn to this eerie artwork and I knew I had to meet her. When we did meet I told her that I was going to write a film inspired by this painting. Not only that but I promised to feature her in the movie – and I did just that.

Myself, alongside Danny and Kelly Prescott, created the script for what became The Heiress. I’d arranged a meeting with producer Jezz Vernon, whom I had recently worked with on another movie. We pitched the script to him and from there he came on board.

How would you describe the film?
The Heiress is high concept horror that charts the story of four generations of a rural British family dominated by the female line. These women have been gifted an unusual supernatural patron who over the generations has become deeply possessive of them. The patron – an aggressive spirit loosely based on the ancient myth of Lilith – wants to protect them from ‘man’, but modernity has suffocated her mythology in the present generation of the female line, and we come to understand that her maternal dominance and hatred of men is now destroying the lives of the youngest women in the family.

The cast absolutely smashed the roles and the crew made the visuals exactly how we imagined the film to look like. It was a 100% team effort and I’m so proud of everyone who worked on it.

It’s a very contemporary horror film, rooted in familial dysfunction. What was the influence behind that?
My first question to myself was: “What scared me as a child?” This isn’t something I’ve spoken about before but here goes…It wasn’t a scary movie or a monster in the closet but hearing the screams from my father’s epileptic seizures. I can remember being a toddler and diving under the covers when I heard these screams. For those that have ever witnessed someone having a seizure would know how frightening they are. I knew that this would HAVE to be the subplot to this story. I also wanted to know what would happen if you told your family, doctor, priest etc. “I’m seeing things”..!

For me, it was also a family movie. By this I mean my family were involved, I had my three kids on screen and my wife running the catering. We even shot some scenes inside my mum’s house! (after we took our shoes off).

Chris Bell on the set of THE HEIRESS
Any scary stories during filming?
Yes! We had the odd lights flicker and doors slam! All have logical explanations but as this is an interview for a horror movie I will say it was definitely ghosts

You began life as an actor. What kicked it off for you?
I was around fourteen years old in the mid to late nineties at a secondary school in London. I was passionate about Drama. My drama teacher always thought of me as the class clown who didn’t take much very seriously. For me this lesson was an escape. It was the first time I realised I could use this time as an escape from my parent’s divorce. It’s an escape skill which I carry to this day. I mean can you think of another job where you can go to work and cry, laugh and be whoever the hell you want to be for that split second? You see an actor on TV crying and you clap. As performers we see something very different.

Do you remember your first role?
Oh yes. I auditioned for a part in the school pantomime “Aladdin”. Naturally I wanted to play the lead but I was told I wasn’t good enough. I then noticed a character that I wasn’t familiar with – The Ring Genie. I asked my drama teacher if I could audition and she laughed and said “I don’t think this would be right for you dear”. I then heard someone say that this character needed to be very flamboyant and camp. It was only from watching The Birdcage that I actually knew what these characteristics meant. I remember walking out onto that stage, arms out with the biggest swag I could do. I made Julian Clary look butch! Needless to say I got offered the part.

Besides acting, you’ve produced, directed and written a number of films and have said your South-East London upbringing inspired you to create some ‘hooligangster’ films. Can you elaborate?
It was pretty rough growing up in South East. When I look back, we got into some minor mischief but nothing to the degree of what I have portrayed on screen.

My first film, Three Stops Down From Plaistow (2013), was shot on the streets of Bermondsey. We had no money, we were just a bunch of pals playing with a camera and some crazy ideas. Little did I know back then that the film would end up on the shelves of HMV and get overdubbed in several countries.

I remember being asked at the premiere of Essex Boys: Law of Survival, which I wrote the story for, what I’d do if my wife was killed in real life like in the film. I think she was hoping I’d say “round up the troops and go after the bad guys”. I don’t think she was expecting me to say “Call the Police”.

It was fun making those films - there was also Hooligans at War - North vs South (2015) and I am Hooligan (2016), but I don’t think I’ll be returning to that genre any time soon. I think people have seen enough football associated violence and shotgun wielding hard men. 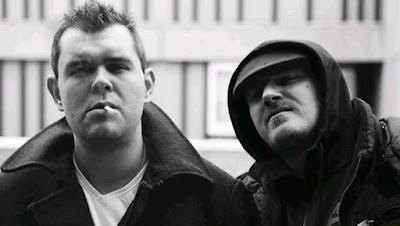 Chris Bell (l) & Robert English in I AM HOOLIGAN. Photo credit: Gaz de Vere
How did you get into directing?
Like many actors I watched directors at work and thought: “how hard can that be”? Little did I know that it meant being the first to arrive on set and the last to leave. I think actors make good directors because they’ve been there. They know the pressures and how to get into an actors mind and how not to f*** with their brain. I say this as it only takes a second for someone to break your character and your’re screwed. You think ghosts are scary? You should meet an actor with the hump!!!

I think it was always in me. When I look back as a child playing with my action figures, I was directing my toys. I would have a story in my mind like Action Man fights the Terminator to win April from Teenage Mutant Ninja Turtles. You may think I’m crazy but how many times have you heard a builder say that as a child he was obsessed with Lego or a chef saying how much they took to cooking as a child. Sometimes you can look back and just see things that were always there.

How are you coping with lockdown?
I’m trying to keep as busy as possible. Doing lots with the family and also working on some new material. I’ve invested in a tripod as self-tapes are now the way forward for many castings and auditions. I think Mrs Bell finally got the hump with me asking her to hold the camera every time my agent got me a casting. All I need to do now is work out how to use the bloody thing! I’ve learnt some new skills, namely ZOOM and SKYPE. Danny and I are still writing together and sharing ideas.

Finally, what’s next for you?
Well, writer and co-collaborator Danny Prescott and I have a few projects on the go. All on hold due to the pandemic but we have the words on paper. We can’t really say much other than we have a thriller in development which is inspired by true events and will be rather disturbing. Oh, and a little six part sitcom for TV.

THE HEIRESS will be available to download from all major platforms including iTunes, Amazon & SKY Box Office, from Monday 15th March, 2021. 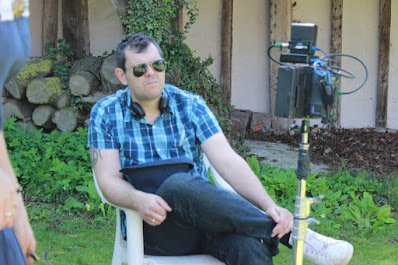