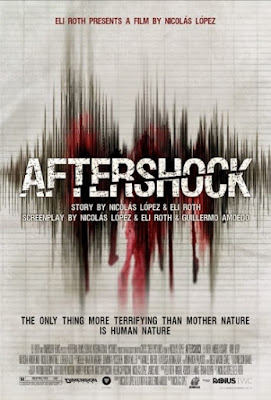 In Santiago, the American Gringo is spending vacation with his Chilean friends Ariel and the wealthy and influent Pollo. They meet the Russian tourists Irina, the promiscuous Kylie and her protective sister Monica and Pollo invites them to go with his friends and him to Valparaiso. During the night, they go to a nightclub but an earthquake collapses the club and there is a warning of tsunami. The group tries to find a safe place in the middle of the chaos. Meanwhile a nearby prison also collapses and dangerous criminals escape. When they see the women on the streets, they hunt them down along the nightmarish night.