Interview with Shawn Kelley - Director of My Father’s Brothers 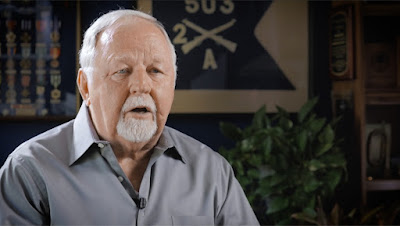 My Father’s Brothers, a true account of an army airborne company outnumbered in the jungle during the Vietnam War, is now On Demand and DVD from Passion River. https://amzn.to/3mYPfjN

The film, directed by Shawn Kelley, follows their struggles, how they survived, and how they continue to deal with the conflict.

A multiple best documentary award-winning film, My Father’s Brothers focuses on one pivotal day in American history that affected the lives of 140 soldiers. On June 29, 1966, surrounded and outnumbered 10-to-1 in the dense Vietnam jungle, an army platoon is savagely attacked while they wait for reinforcements from their company. 50 years later, survivors tell their story of tragedy, resourcefulness and heroism. Some volunteered for the army as teenagers. Others were drafted. Some went back to Vietnam years later in hopes of finding closure and peace. All share a bond that cannot be broken.

Why did you feel this was a story that needed to be told, sir?

My father doesn’t outright talk about his time in Vietnam but can be willing to do so when asked. For years, I just didn’t know the right questions. The more we talked, the more I discovered there was another side to my dad that I didn’t know. I felt that was worth exploring. And I discovered a lot of other combat veterans are the same way. I believe it’s important to keep these stories alive.

You obviously would’ve heard a lot about it, growing up - - what do you recall mostly?

Really just bits and pieces. I knew the June 29, 1966 battle was important to him and that one of his men received the Medal of Honor during that battle, but that was about it. My dad would only say so much. Even when I was interviewing him, which I did on multiple occasions, he was guarded with his answers. It wasn’t until I read the book, Matterhorn by Karl Marlantes, that I started to find the right questions. The book painted a vivid portrayal of what it was like for, basically teenage soldiers, to go on patrol in the jungles of Vietnam. It was terrifying to me to think that my dad and the young men he led did the same thing. That book helped me to frame up the right questions, because I will never really know what that was like. And then the conversations we had started to get more interesting.

As you got into the details, for the documentary, were you even more moved by what happened?

Absolutely. At the 173rd Airborne reunion, I started interviewing the men in my father’s unit the day after I met them for the first time. I didn’t expect how open they were with me, and I was literally trying not to cry during the interviews. All during the editorial process and the hundreds of times I’ve seen this film in various forms, I still tear up. I wasn’t expecting this type of emotional connection for not only the story, but the veterans, too. The empathy I now have for combat vets has gone through the roof.

What didn’t you know about your dad, that you now do?

If you met my dad today, within a few minutes, he would find out about more about you, try his best to make you laugh, and even figure out a way to help with a problem you might have. He’s just built that way. He’s the nicest man I’ve ever met. So, to think that in his mid- to late-20’s he was leading 140 men into combat, making life or death decisions, and shooting at people in a jungle, is just hard to imagine. That’s not the dad I’ve know all my life. But what I found was all those experiences really helped shape the man that he is today. 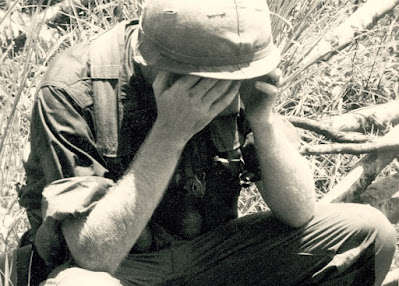 How close was the platoon before the event?

The company that my dad commanded had four platoons with a total of about 140 men. Because this was so early in the war, the soldiers in Alpha Company did not train as a unit together before Vietnam. They were sent to Vietnam from a many different units and then assigned to A/2/503rd, so a lot of them didn’t know each other. Some would get injured so badly they would leave the army with a disability. Some would die. New soldiers would replace them. But friendships would form in the platoons that would last a lifetime.

Do you feel the event strengthened the bond between the survivors?

After the war, many went on with their lives outside of the military and they slowly drifted apart. It wasn’t until quite a few years later that the 173rd Airborne Association started to have reunions. A lot of these guys began to reconnect 20+ years after the war. Bill Palmer, one of the veterans in the film, came to his first reunion 30 years after the battle. His second reunion was 50 years after the battle, where he finally met the soldier that saved his life on June 29, 1966. I’ve been to four reunions with dad. It’s wonderful to hear their stories and laugh with them. The bond between them is incredible. They would do anything for one another. And that started with being in foxholes together in the jungles of Southeast Asia.

There’s some great imagery here – well done on how striking it is.

Thank you – that was a challenge. When I interviewed my dad, I had the scrapbook of photography my mom put together to use in the film. I also asked all the veterans in the film to bring photographs from their time in Vietnam for me to use. But I found I needed a lot more. That’s when I started making trips to the National Archives in College Park, Maryland. What a treasure that place is! I was able to find more photography as well as footage to use in the film. It wasn’t all from my dad’s company, but it helped to paint the picture of what they experienced. I knew from watching war movies with my dad as a kid that all the imagery had to be right. He would say things like, “that insignia should be on his left side of his uniform, not the right,” or “what’s that American soldier doing with an Israeli assault rifle?” Kind of ruined a lot of movies for me. But I learned you need to be accurate!

Sound, I’m guessing, is quite important to a film like this?

They say that sound is often more important than visuals. Audiences may forgive bad footage but not bad sound. There had to be the right balance – I didn’t want the sound to get in the way of the story the veterans were telling. Being a first-time filmmaker, I was fortunate to work with experienced filmmaker friends. When I gave the list of American and Vietnamese weapons to Jason Hausman, the sound designer, he smiled and took it as a challenge. Ross Wissbaum was the sound engineer that brought everything magically together. And Trinity Velez-Justo was the brilliant composer of the film. I met her a speaking engagement just by chance. We started talking and before you know it, working together. I’ll never forget when she sent me the first music cue to review. I listened to it against the video and just started bawling – it was like pent-up emotions all came rushing out. The music perfectly complemented the story.

Did you always intend on doing the film independently?

Yes. But that’s only because I was a first-time filmmaker – I didn’t know another way to do it. I was determined to boot-strap the film. It wasn’t long before I realized the power of what a team could bring to a project. It was a very small team, but the passion and talent they brought to the table was amazing. Funding started out from just my wife and me, but slowly I was able to add some private funds. My plan was to complete the film, go the film festival route, then find a distributor. And that’s what I did. Looking back, I would rethink funding and engage with a distributor and impact producer earlier in the project’s timeline.

Being a documentary, has it been easy to nab distribution?

Finding the right distributor was a challenge. Not all of them handle docs or work with docs like mine. It wasn’t until I attended AFM, which was virtual last year, that I met many distributors that looked promising. I had several offers, but ultimately, I engaged with Passion River. They work with a lot of docs, including My Beautiful Stutter, which is a film that was on the festival circuit with mine. That film is amazing. Since they went with Passion River, it was another good sign.

Have you found more and more distributors are looking for content this year, considering there weren’t as many films in production last year?

2020 was an interesting year, to say the least. It seemed that a lot of distributors hit the pause button for a while to see what was going to happen. So that also shifted the number of films that will release this year. I engaged with my distributor earlier in the year, so my knowledge of what distributors are looking for now is limited.

Do you suggest they attend markets and so on, to network?

AFM 2020 really worked out well for me. It was virtual, but it came at a time when Zoom burn-out wasn’t a thing. I met a lot of people in filmmaking from all over the world by virtual networking and I may not have been able to do that if it was in-person. During AFM, you could hover over a virtual networking table, quickly see who was there, then ‘pop in’ for a chat. Usually someone was already talking, but attendees at the table would wave to you. During a break in the conversation, ultimately someone would say something like, “Hi Shawn. So, tell us about your doc.” It was great. Although there’s a lot of value in non-virtual events.

Have you another film in the works yet?

I have two projects that are in just the beginning phases of the process. One is about a custom knifemaker. The other involves the music business, but that one may have to wait a bit longer with everything that’s going on in the world. I’ve also been working on short stories about veterans and plan to do more longer form pieces about combat vets. My Father’s Brothers has shown me the value in sharing veterans’ stories. I’ve also been talking to filmmakers about collaborating on some different projects. It’s fun to think about the possibilities.

Buy from Amazon at https://amzn.to/3mYPfjN 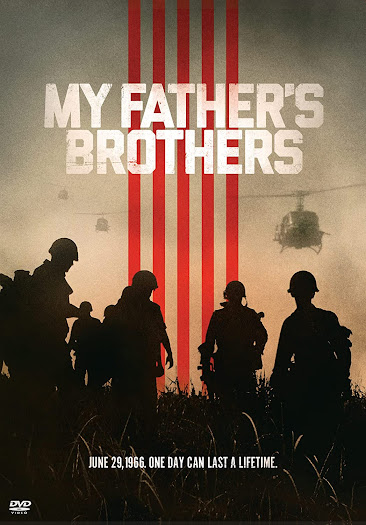