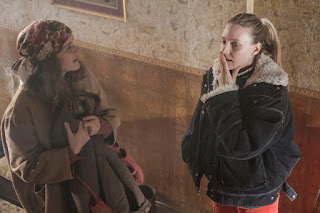 AMULET will receive its UK premiere at FrightFest’s Halloween event. Excited or what?

So excited! It’s a great honour to have our UK premiere at such a brilliantly subversive festival. We are very grateful!

You’re most well known as an actress but have you always wanted to write and direct films?

I’ve been writing since my teens but it wasn’t until my late 20’s that I realized I wanted to direct as well and I made my short film SCRUBBER. Now what I’d love is to write, direct and act. Never all three together though! 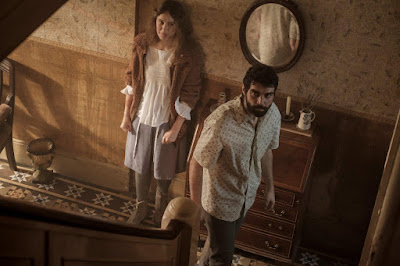 What was the writing process like? Were there any major inspirations and motivations that drove you?

I was very influenced by a book I read called THE BUTCHERS TRAIL about the man hunt for Slobodan Milosevic. The book talks a lot about the rights and wrongs of punishing war crimes, the worry being that if you want peace then that has to come at the cost of justice for victims. Of course I see both sides but there was part of me that longed for a kind of greater justice that could punish all those that had used war as an opportunity to be their worst selves.

Why did you choose the horror genre?

Of course horror has always been the space where dreams and subconscious are most comfortably incorporated into the film. This film is about dreams and deep seated longings. It was the obvious space for this story to sit.

It’s a very powerful film and not afraid to journey into some contentiously dark places. Did you feel the horror genre gave you the freedom to do that?

When you make drama your experience of the action can always happen at a remove. I wanted the viewers to be complicit in liking this man and share his fear and dread. Horror allows you to force your audience into sharing the visceral emotions of the story.

The themes of war, sexual violence and ancient evil are very dominant but at the heart of the narrative it appears to be a story of gender revenge, in which an evil man must pay for his crimes against women. Would you go along with that?

Pretty much! I feel that on some level  the Christian ideas of forgiveness are too often used to protect men and to prop up a patriarchy. I think that was all swirling around in there!

The casting is terrific. Tell us about the process.

The casting was an amazingly simple process! Alec was immediately mentioned to me as a possible. The list contained a lot of brilliant actors from all across the UK and Europe but I just knew that he was so sympathetic and gentle it would be impossible for the audience not to invest in his journey. At the same time he’s an incredibly smart and nice man. And a great actor!

Carla was someone whose work I was very familiar with. I’ve always loved her acting. I didn’t know if she’d respond to doing horror but we had a meeting and had just a great connection and she understood and supported the films rage so brilliantly. It was amazing to work with her.

Imelda I know as I’ve worked with her as an actor. I didn’t think for a million years she’d say yes! It was a great day to know that we had her be part of the film. She is one of my favourite actors of all time. 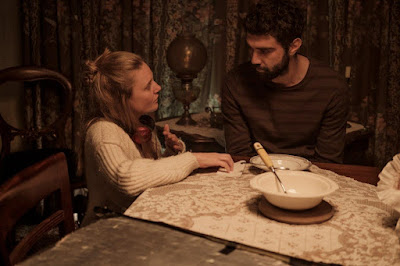 You’ve been labelled: “An audacious new horror auteur on the scene”. How does that make you feel?

Have you plans to continue to work as a director? If so, how will you balance this with your acting career?

Absolutely. I think a lot of the scripts I’ve written may take time to get made. Some of them are pretty out there! So I’m so lucky to be able to combine that long slog with another career that I also love.

Finally, what’s next for you?

Directing-wise I have several projects in development. A 17th century period romp with a dark twist, a small scale science fiction and another horror.

Acting wise I’m playing Mary Tudor in Becoming Elizabeth, a new series for Starz which will be out in April. And I’m in Lucile Hadzihalilovic’s new film Earwig that is playing at LFF. 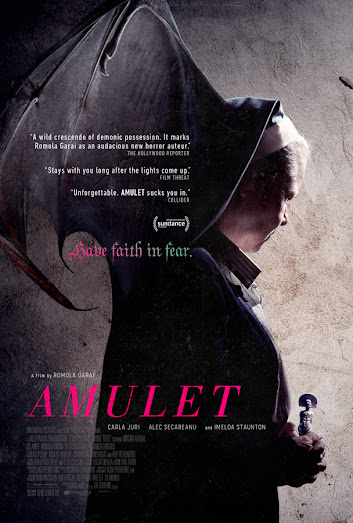