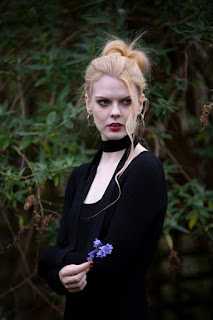 Ayvianna Snow is a multi-talented actress who is taking the UK by storm and will be starring in numerous films this year and in 2022, including new horror film Barun Rai And The House on The Cliff, out in cinemas from 29th October.

Filmed in Essex, Barun Rai And The House on The Cliff follows newly-weds who have just moved into their dream home, where they face an unexpected and terrifying turn. Their love is tested by unexplained chilling incidents, with Barun Rai, a detective who solves paranormal activities uncovering hidden, chilling, and supernatural truths about the house. In the film, Snow plays Polly; a newly-wed bride in the 1920s who meets a tragic end...!

Snow is no amateur when it comes to leading roles in horror films.  Her mysterious persona and powerful eye contact instantly absorbs viewers and  has ultimately led to her being  cast in numerous horror films.

Snow also landed a leading role in recent 2021 feature film 'Black Lake', which was selected to be screened at the Women in Horror Film Festival in Atlanta in February 2020 and also winning  the Best Cinematography award. It was also selected for ShockFest, Salem Horror Fest 2020, Montreal Requiem FearFest, and Cine-Excess where it was a Semi-Finalist.

Ayvianna also starred in 'White Colour Black', which screened at the BFI London Film Festival, and was nominated for a BIFA (British Independent Film Award), in 2016 and was released in cinemas in 2020.

Snow will also be appearing in hotly anticipated releases in 2022 including; 'L.O.L.A.', a sci-fi film about the relationship between two sisters, staring alongside Emma Appleton. 'Hollow’, an indie horror feature shot in Hereford, written by 'Dr Who' TV writer Keith Temple, and 'The Lockdown Hauntings', which was shot during the first lockdown, directed by Howard Ford. Snow has also filmed both lead roles in 'The Good Wife', directed by Dean M. Drinkel, a psychological horror about two women; a modern woman, Fiona, and her evil doppelganger ghost, Elizabeth, both played by Snow.

Ayvianna began her career by training at the Royal Central School of Speech and Drama's Youth Theatre course. Following this, she gained a B.A. (Hons.) in Acting from The Arden School of Theatre in Manchester. Ayvianna is also currently filming 'The Final 45'; where she plays a French Resistance leader during the Second World War, directed by Ian Manson. 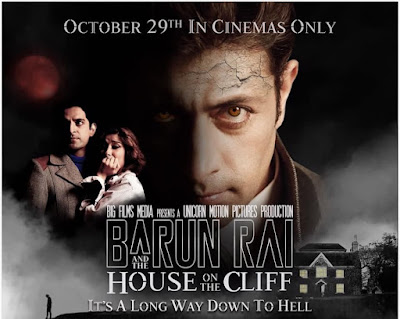