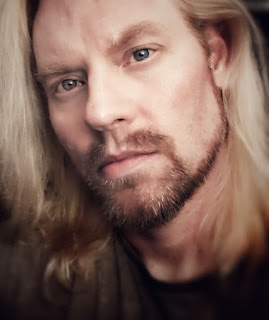 I seem to have been born with a burning need to write -- not just recreationally, but professionally, as well. I felt it in my gut at an early age and I still feel it now. I was born to do this -- I’ve never been more certain of anything in my life. At the time I decided to get serious about writing, I figured I couldn't be any unhappier than I already was, so I might as well take the leap.

It’s the best decision I’ve ever made. It’s never felt like work for me, even though it is -- it’s very hard work. I’m always learning and looking for new, stronger ways to tell the story I’m working on.

While I’ve always been a fan of the genre, I never set out to be part of it. I just wrote the stories that wanted to be written and let the publishers, readers, and bookstores decide what to call it.

Like so many others, my first publisher is now out of business -- a fact that I didn’t even know for nearly a year after they’d closed their doors. If that’s any indication of the nature of this business, you can see why so many authors choose alternative routes to publishing. For me, it was a learning experience. My first publishing experience taught me the importance of taking my career into my own hands. I was lucky to realize early on that no one was ever going to care about my work and my career as much as I do, so I’d better be involved in every part of it. Knowing this and living by it has probably helped my career more than anything else. 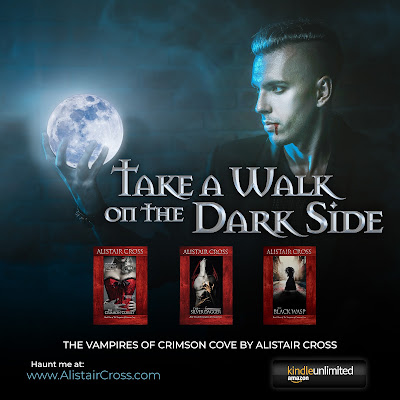 I try not to think in terms of genre, but I guess the best description would be dark fiction. When you say “horror,” most people think of slashers and torture porn, and that’s not what I do. If you say suspense or thrillers, people think of crime fiction and characters racing against a ticking clock. That’s not exactly what I do, either -- so I don’t think about what genre I’m writing in. I just want to write the stories I need to tell. I want to entertain, of course, but I want it to mean something, too. I want it to be good, I want it to matter -- how it’s classified and categorized isn’t important to me.

I can’t speak for fantasy, but as for horror, I think it remains popular for a lot of reasons -- mainly, though, I think it’s because horror is a safe way for readers and viewers to give expression to their own anxieties. I also suspect there’s a voyeuristic part of us that just wants to see how other human beings respond in life-and-death situations and how much they can endure. Finally, I think horror will never go out of style because it asks the hard questions about life and death and right and wrong -- questions that humans have been seeking answers to since the beginning. Horror requires its audience to ponder human nature, morality, and often, spirituality. Not many other genres do that.

As for plot ideas, they’re literally everywhere. People. Places. Music. Books. Television. Dreams. Everything’s a story to me. I can’t walk into a room without running into an idea and I wouldn’t have it any other way. I always say I’ve never met an idea I didn’t like because there’s always a way to put an interesting spin on even the dumbest one out there.

If you’re asking what really inspires me to write and to keep writing, it’s the process itself as well as the outcome. Writing is my therapy and my characters are my friends. I don’t write for money -- I never did -- and I feel grateful that I’ve done as well as I have, but I do it because I love it, and nothing makes me happier than a finished product that I know is good.


How did you begin your collaboration with Tamara Thorne?

After reading some of my previously published work and getting to know me a little, she just came out and asked me if I’d like to write something with her. I was speechless, but at some point I must have said yes, because that was nearly 10 years (and just as many Thorne & Cross novels) ago. I grew up reading Tamara’s work and aspiring to be like her, so it was a real dream-come-true for me. I’m sure of myself as a writer -- I’m sure of my talent, but no matter who you are, when your hero asks if you’d like to work with them, it’s pretty intense. I was starstruck.

And I’m still starstruck. Not only because of her talent but because you could search the world over, and you’ll never find someone who doesn’t love her. She’s warm and open, talented and smart, and one of the most genuinely kind, decent people I’ve had the honor of knowing. We’re very close, and she is, in many ways, my best friend. I’m a better person for knowing her.

It helps, too, that the creative and business end really works. You never know if that magic is going to be there until you dive in, but from the moment we sat down together, the chemistry was absolute and immediate. Originally, we’d planned to try a short story, just to test the waters, but a greater power seemed to step in and make it into much, much more. That short story quickly became a full-length novel, and the moment we finished it, we started working on the next one -- and the next one after that.

I think that kind of personal, professional, and creative synergy is absolutely vital to the success of any group project, and I’m very lucky to be working with Tamara. What we have is incredibly rare. She and I share the same goals, our creative styles merge together seamlessly, and our egos are such that we can create something mutually without rivalry or possessiveness. I’ve always thought of our work together as a perfect two-part harmony. If we were singing instead of writing, we’d be the Righteous Brothers, Simon and Garfunkel, Sonny & Cher, the Mamas and the Papas. Well, the Mama and the Papa, anyway. You get the idea. 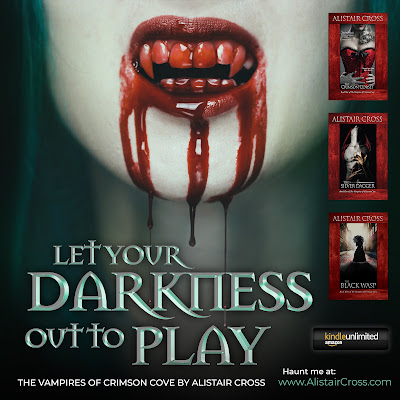 Rebecca, Dracula, and Violin -- what I refer to as the Unholy Trinity. These are the books I love -- and have learned from -- the most. Du Maurier’s Rebecca has all the quiet creeping horror I love about the Gothic genre, Anne Rice’s Violin has ghosts, and Dracula, of course, has vampires. Squish them all together and that’s basically where I was born.

I love reading for the sake of reading and devour just about anything I can get my hands on, inside and outside of horror. Reading is what inspires me to write -- it’s what keeps me going -- and I use my Instagram page and my blog to pay my respects to the works that have influenced me with (almost) daily book reviews.

I grew up in the big horror boom of the 80s and 90s, so I teethed on slasher franchises like Friday the 13th and Nightmare on Elm Street. The first horror movie I truly fell in love with, however, was Carrie, when I was ten years old. It wasn’t all about blood and guts, and I liked that. It had a plot, and a damned interesting one -- not to mention, fascinating characters.

From there, my love of horror bloomed but I found myself more attracted to the subtler offerings of the genre. It isn’t that violence ever bothered me -- I just like movies that tell a good story. Some of my all-time favorites are Rear Window, The Omen, Misery, Rosemary’s Baby, Don’t Breathe, 100 Feet, The Silence of the Lambs, Psycho, Wait Until Dark, The Others, and, of course, Carrie. I still can’t get enough of that one.

That I did it. If I died tomorrow, I’d be able to say that I got to see my dreams come true, and at the end of the day, that’s all I ever really wanted.

You don’t need to live in chaos to be creative -- in fact, if anything, the opposite is true. Try to live a calm, quiet life and save the drama for the page. Let yourself feel everything to the core -- the good, the bad, and the ugly -- and channel it into your work, but live a calm life.

I think it can work in many authors’ favors, provided that they’re writing quality material and have a solid marketing plan. I also think it’s a necessary movement for the world of publishing. It’s no secret that the publishing industry is painfully out-of-date, and the advent of independent publishers and self-publishers has given them the choice to either go extinct or step up their game. As evidenced by recent events, many have opted to go out of business -- but thanks to all the other options that are now available to authors, that’s fine.

I’m always working on three books at a time -- a solo novel, and two Thorne & Cross collaborations. Right now, Tamara Thorne and I are working on a haunted house novel called Spite House which, after some hiccups, is coming along nicely. This has been, by far, the most difficult book we’ve done -- mainly, because there have been so many new ideas and possibilities along the way. We’ve had to really whittle it down and get to the core of the story we want to tell. But Spite House is nearing completion and will be released in 2022.

Our second collaboration is the next book in The Ravencrest Saga, our ongoing gothic horror series. Book four, Shadowland, came out in September of 2021, and we immediately launched into book 5. In this installment, we’re exploring more of the ghostly lore of Ravencrest Manor while our young governess, Belinda Moorland, continues bringing her supernatural talents into focus.

Also, I’m working on my next solo novel, which is the 4th book in the The Vampires of Crimson Cove series. Book three, The Black Wasp, was released in June of 2021 and I went straight into the next one from there. For now, I refer to it as “TMR,” and in it, my protagonist, Cade Colter, and his mentor, Father Vincent Scarlotti, are on the trail of a rogue vampire with a taste for human hearts. I’m having a lot of fun with this one because so much of it takes place in Santa Cruz, California -- one of my favorite places.

“TMR” is nearing the midway point and I’m hopeful for a 2022 release.

Aside from that, Tamara and I are continuing our podcast, Thorne & Cross: Carnival Macabre, where we talk about everything from ghosts and hauntings to serial killers and crime. If it deals in darkness, you can find it there.

Finally, we’ve updated our monthly newsletter, which we call the Purple Probe. This free newspaper-style periodical now includes character interviews, behind-the-scenes tell-alls, a gossip column that sheds light on the darkest monsters in the Thorne & Cross Universe, and much, much more. You can sign up at: http://eepurl.com/ckaBrr or by visiting our websites at tamarathorne.com or alistaircross.com.

Please in your own words, write a paragraph about yourself & your work.

I’m just a boy, sitting in front of an empty page, asking it to love me … 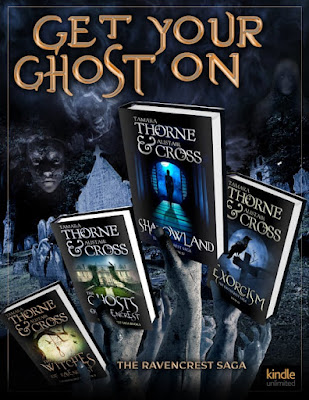