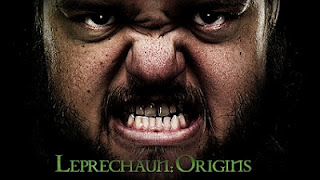 WWE Studios is joining forces with Lionsgate for a two-film slate, the first of which will be a reboot of the hit “Leprechaun” franchise. “Leprechaun: Origins” will star WWE’s own mischievous Superstar Hornswoggle making his feature film debut, proving the old adage that there truly are no small parts, only small actors. A writer or director has yet to be announced.


The comedic horror series got its start in 1993, and starred Warwick Davis in the titular role. It also launched the career of “Friends” megastar Jennifer Aniston in her first major part. Five sequels followed, creating a cult favorite series. The formidable tag team of Lionsgate and WWE Studios - the same pairing responsible for "See No Evil" starring Kane and "Stone Cold" Steve Austin's "The Condemned" - will share production costs and the development of marketing strategies for the relaunched franchise. Lionsgate will lead the distribution efforts.


Hornswoggle, a WWE fixture since 2006, will grace the silver screen for the first time. The master of the Tadpole Splash and former (and final) WWE Cruiserweight Champion, ‘Swoggle has also been the official mascot of D-Generation X.