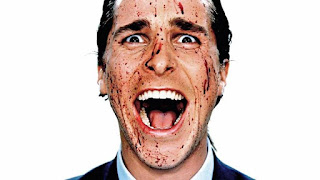 Patrick Bateman (Christian Bale) is young, white, handsome and indistinguishable from his Wall Street colleagues. Shielded by conformity, privilege, and wealth, Bateman is also the ultimate serial killer. After a colleague presents a business card superior in ink and paper to his, Bateman's blood thirst sharpens, and he steps up his homicidal activities to a frenzied pitch. Hatchets fly, butcher knives chop, chainsaws rip, and surgical instruments mutilate-how far will Bateman go? How much can he get away with? Also stars  Willem Dafoe, Reese Witherspoon, Jared Leto and Chloë Sevigny. This broadcast marks the film’s 15th year anniversary. 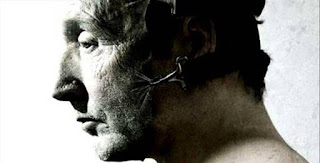 Jigsaw (Tobin Bell) might be dead, but his traps live on in this fifth Saw entry, which finds the series' production designer David Hackl at the helm for his directorial debut. Costas Mandylor reprises his role as Hoffman, the detective whose involvement in the string of grisly murders turns out to be more than meets the eye. Picking up where the fourth entry left off, Hoffman is revealed to be a hidden accomplice in Jigsaw's grisly games of death. Saw IV scribes Patrick Melton and Marcus Dunstan return to pen the screenplay. 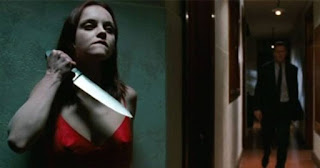 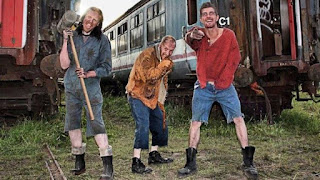 From Alex Chandon, director of Cradle of Fear and Pervirella, a screamingly hilarious warped nightmare with nowt taken out. Four young urban offenders and their two care workers embark on a community service weekend in the remote Yorkshire village of Mortlake. Before you can say ‘Ey up’, they upset the yokels with their city ways and put themselves in the gravest of dangers. This best bad taste un-PC gore-soaked riot is more fun than a ferret down the trousers. Starring Jo Hartley, James Doherty, Seamus O’Neill, James Burrows and Nadine Rose Mulkerrin.

Saw VI concludes the second trilogy of the series that focused on the posthumous effects of the Jigsaw Killer and the progression of his successor, Mark Hoffman (Costas Mandylor) Hoffman sets a series of traps for an insurance executive, William Easton (Peter Outerbridge), and his employees. Meanwhile the FBI trails Peter Strahm, now suspected of being Jigsaw's last accomplice, and Hoffman is drawn into a violent, sadistic battle to protect his secret identity.