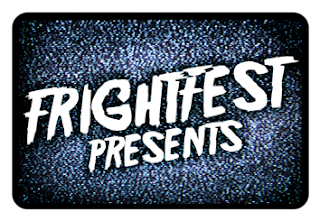 Icon Film Distribution (IFD) and FrightFest, the UK’s leading horror fantasy film festival, have announced a further three films which will be released under the curated banner ‘FrightFest Presents’.

The new titles are;

After a girls' night out, endearingly awkward Deb wakes up in the apartment of the most attractive guy in Portland, Maine. She's thrilled, but can't remember much of what got her there. Ryan only knows it was a mistake, and ushers her out the door into a full-scale zombie apocalypse. Now, a walk of shame becomes a fight for survival as the mismatched pair discovers that the only thing scarier than trusting someone with your life... is trusting them with your heart.

When a troubled teen is subjected to severe bullying, he accidentally conjures Moira Karp. Once a teenage girl pushed to suicide, Moira is now an unstoppable force on a mission of gruesome retribution. But when she goes too far, he must prevent her from spiraling out of control in this passionate and vividly supernatural thriller.

Some Kind of Hate is being sold for International by Devilworks.

Five years ago, a masked killer brutally murdered a group of friends. Since then, Camryn (Akasha Villalobos), the lone survivor, has struggled to reclaim her shattered life. Wracked with guilt and paranoia, Camryn leads a depressingly lonely existence until Nick (Brian Villalobos), a new co-worker, befriends Camryn and attempts to integrate her into his group of friends. Just when she might be ready to start a new life, Camryn’s past comes back to haunt her. Can Camryn ever have a life again, or is she destined to be alone?

All three titles recently had their UK theatrical premieres at the FrightFest five day festival at the Vue Leicester Square.

The exclusive Icon and FrightFest partnership, first announced in April, will see titles released across the UK and Ireland via the distributor’s digital partners (including  iTunes, Virgin Movies, Sky, Google  Amazon, Xbox , Blinkbox, Google, Wuaki, TalkTalk and Volta) giving film fans instant access to some of their favourite FrightFest titles.

‘FrightFest Presents’ launches officially on 19 October with a consumer campaign pushing out from the beginning of the month. Each release has the collective backing of IFD and FrightFest across all marketing, PR and social channels.

Since FrightFest was set up 15 years ago, it has grown in size and stature, and is today internationally renowned for discovering exciting and original horror fantasy genre films.   Last August, the festival screened 74 of the best horror films from around the world to UK audiences, with many world and European premieres. Over the years the festival directors, Greg Day, Alan Jones, Paul McEvoy and Ian Rattray, have also brought masters of the genre to the festival including Guillermo del Toro, George Romero, Dario Argento and Sam Raimi. FrightFest has developed into a brand leader for horror film, expanding its footprint in the UK by hosting special strands at other festivals to great success, such as the recent three-day event at the Glasgow Film Festival.

IFD has a longstanding track record in releasing genre films, from breakout hit PARANORMAL ACTIVITY which grossed a phenomenal £10 million at the UK box office to the cult vampire thriller 30 DAYS OF NIGHT, as well as re-issues of classic Hammer titles including DRACULA and THE MUMMY.  Most recently, IFD released the critical and box office hits IT FOLLOWS and THE BABADOOK, Jennifer Kent’s psychological horror story, which burst out of FrightFest’s August festival to become one of the most talked about horrors of 2014.