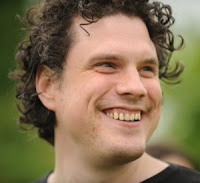 Ahead of the European premiere screening of THE OTHER SIDE OF THE DOOR at the Glasgow Film Festival, we asked the director Johannes Roberts to spill the beans…

Q: How did producer Alexandre Aja become involved with this project?

Bloody Frenchman! Ha. He had just produced a movie with them and they passed him the script. He really got the Pet Cemetery vibe. We worked very closely together to make sure thr script was as good as it could be. He would drive me mad on set! But he’s a great guy. We’ve become good friends.

I love to be scared. It doesn’t happen much anymore but I admire a filmmaker so much when he can do it. But I also love fantasy storytelling. I read Lord of the Rings when I was ten and it blew me away. And then I discovered King and Carpenter. 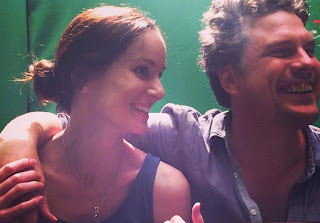 Q: What was the starting point for THE OTHER SIDE OF THE DOOR?

There is a real village in the South of India called Bangrath which is supposedly the most haunted place in the world. It is totally abandoned and no one knows why. It is all fenced off with signs from the movement forbidding entrance after dark because supposedly the ghosts of the dead roam the place. That story fascinated me.

Q: What was the inspiration for the evil goddess Myrtu?

She was drawn from various Indian deities - particularly Kali. Bt of the Grudge in there as well! But basically I just wanted to cast Javier Bodet - I’d seen the stuff he’d done in Mama and it was crazy insane shit.

Q: Tell us about casting Sarah Wayne Callies from ‘The Walking Dead’ and Jeremy Sisto from ‘Law and Order

Ha! Sisto would kill you if that is how you thought of him - the guy from Law and Order. I am a huge fan of Sarah. Love the Walking Dead. She was just incredible. Got off the plane and went straight into filming in the slums. We had a blast. She got pretty ill though so you can see her getting thinner and thinner in the movie. Jeremy was a great laugh. I grew up on Six feet under so was very cool to have him in the movie. Oddly, by chance, all the crew and Jeremy had just come off filming the worst movie ever made called Air Force One is Down. He arrived on set, saw the crew and was like ‘oh fuck what have I got myself into.’ 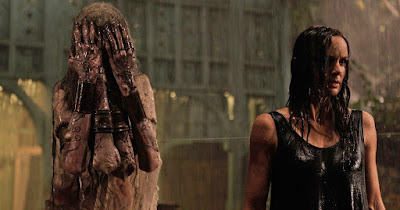 Q: How much of the film was shot in India?

It was all shot in Mumbai. The actual exterior of the house is where Rudyard Kipling was born. The interior as all shot at film city. We would get to work every day surrounded by all these Bollywood movies. I loved Mumbai. It’s a crazy crazy place.

Q: What had your previous forays into the genre taught you regarding filming this one?

Q: What were the challenges shooting THE OTHER SIDE OF THE DOOR?

Hahaha. Everything. EVERYTHING. It was crazy. I think I aged about 100 years making that movie. I loved it though. Mumbai is awesome. It’s sheer chaos and that suited me very well.

Q: Any recent horror movie you would loved to have directed?

I saw they just found a new director for IT - I really wanted to do that. It’s my favourite book.

Q: If you could bring a loved one back from the dead via an ancient ritual, would you?

For sure. What could go wrong?


THE OTHER SIDE OF THE DOOR screens as part of FrightFest Glasgow 2016 on Sat 27th Feb at the GFT Screen 1, 4.40pm. Johannes Roberts will be in attendance.