Film News (UK): Horror Channel to broadcast THE VATICAN TAPES – one of 8 premieres in May

Horror Channel will be broadcasting eight premieres during May, including the UK TV premiere of THE VATICAN TAPES, a dynamic, unusual and thrilling exorcism shocker by Crank director Mark Neveldine, which will broadcast on Friday 13th May at 9pm. 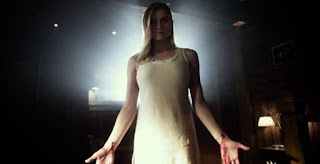 Screened at FrightFest Halloween 2015, the story centres on the battle to save a young girl’s her soul after she expresses increasingly erratic and strange behaviour. It soon becomes clear that Angela (Olivia Taylor Dudley) has been taken over by an ancient satanic force and that she must be quickly purged of evil. But what nobody knows is that the spiritual crusade is not just for Angela - it’s for the entire world as humanity knows it. Also atarring are Michael Peña, Dougray Scott, Djimon Hounsou and Peter Andersson

Receiving their first appearances on the Horror Channel are the grotesque Irish comedy horror STITCHES, starring Ross Noble and Tom Shankland’s chilling and taboo-shattering THE CHILDREN. There is also a UK TV premiere of Ian Clark’s stark & scary THE FACILITY. 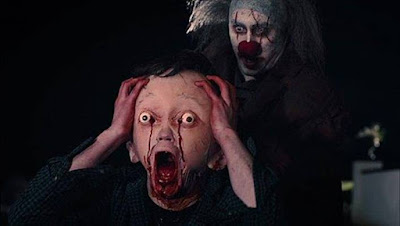