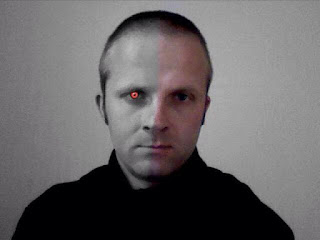 Since I first held a Parker pen in my hand. I was about six years and it has been my passion ever since. I also learnt various styles of writing, especially calligraphy. I was fascinated with how the writing flow appeared to be incredibly artistic and decorative. I was then intrigued by Old English.

I was one of those children that often had bizarre and strange nightmarish dreams. To me it was a huge realization because the outside world in society played a key role. That was my initial inspiration. I then suddenly became addicted and appreciated the classic horror films of Hammer, Amicus and Universal. I used to focus on everything about the film, such as acting techniques, dialogue and camera directing. From that analysis from what I witnessed had fascinated even more. The Hitchcock films were also unforgettable and still are just like those I mentioned a moment ago

I have many interests involved with creativity, whether writing, drawing, etc... I’m also a campaigner for naturist rights.

We are our own connoisseur to our special blend of creativity. I usually write for myself first and secondly for my readers. I find it a healthy, positive balance to write in more than one genre. I currently write speculative literature, historical, fantasy, spirituality, philosophy, science, naturism, etc. 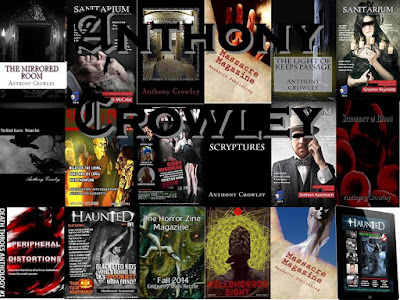 Personally, I believe horror has never been outdated or left us. We are surrounded by horror every day in the news and the reality. Fantasy is an extension to our mind escapes which can be either dark fantasy, action fantasy and so on. My future novel series, titled Sorcero is a Roman dark fantasy idea which I’ve had for some time now. I think my readers will enjoy this adrenalin-fuelled darkness.

There is inspiration all around us, past, present and future. I’m inspired by everything. The mind is a fascinating tool that can go travel so far.

Personally, I am favourable of Gothic literature and psychological themes. I enjoy reading my books which are written in British English. I maybe old-fashioned but it’s my preference. I have nothing against American style horror but I am into the classics.

From those early Hammer films, I then came across the works of Dennis Wheatley who had a few adaptations into Hammer productions and another few of my early influences were Mary Shelley, Bram Stoker and Edgar Allan Poe, H.P.Lovecraft. My favourite authors of today are Clive Barker and Jack Ketchum. I had the pleasure of interviewing Jack Ketchum last year for Fear Magazine.

The same as my favourite literature. I enjoy the old Gothic style films like Dracula, Frankenstein and Cabinet of Dr. Caligari, though I also enjoy the classic Universal horror films too.

I haven’t got there yet. I will let you know when it happens.

Be real to yourself, believe in yourself and work hard.

It has its advantages and disadvantages such as the convenience and control of your work. The stigma that everyone can self-publish puts a dampener on it. Publishing a project is a special moment and I’ve noticed some newcomer writers and they haven’t got a clue what they’re doing because it comes down to confidence, courage and hard work but also it comes down to passion. Some minorities begin writing for the fantasy of being rich and success. It doesn’t work like that.

I’ve recently published my second full-length dark poetry collection, titled Libro de Lumine. It was an exciting project with much difference compared to its predecessor Tombstones. This collection focuses around life, death and the speculations surrounding the afterlife. The title which is also known in English as ‘The Book of the Light’ has a slight concept to some of the featured verses. Are we on Earth for a purpose? What happens to our human existence when we die?  Many people have been curious in believing that a certain light would appear when we die. Some people say it's a new beginning. While some people believe, it has a whole new meaning.

I think the book will appeal to many readers of horror but also to readers of other genres. I’m currently working on numerous projects, including another poetry collection, titled Stripped Verses which is themed around naturism and the great outdoors. A different direction but also something that is close to my heart. The book will be published by RFI Publishings. I am also working on my second novella, titled BeautEVIL. This will be my second novella since The Mirrored Room.

This story idea I had when I wrote Saturnalia which is featured in Ravenwood Quarterly and Demonology. Expect some dark themes and twists of an ancient demonic awakening within this story. I also have new industrial horror/survival horror themed short story “The Looking Glass” which will be featured in a new anthology, titled “Whirling World Standing Still” published by Tickety Boo Press

I’m a positive, deep thinking, philosophical nature boy. I dislike wearing clothes. I guess I should use a pen name as the Naked Poet or something similar to that. Haha!  From the moment, I held a Parker pen in my hand it was like my destiny began to awaken. Away from the projects and creative time which is a rare moment I prefer the solitude and silence.

I’m a private person and I hardly socialize with many people. I feel awoken more so around nature and the environment. I speak to the trees and the stars in the sky. I’m also passionate about photography, art and cooking my favourite Italian and Indian dishes.

The last year I made the decision to quit eating meat and fish products. Honestly, I’m incredibly healthier now and my mind is in a better place all round. I also have an interest in script writing. I initially began writing my first script last year but at the moment I’ve had to put it on hold due to other deadlines, media interviews, etc.. I will also be making my first documentary film themed around UK naturism, which will be titled Nude Britannia. Early stages yet but it’s another direction in my creative life and something which I’ve always wanted to do. I campaign each week for equal human rights. I’ve never been such a political person but I think people should speak up and use their voice in the right direction to make a positive change.