Ahead of the UK premiere of his latest film FASHIONISTA at Horror Channel FrightFest Glasgow, Simon Rumley reveals why he’s a fan of drugs in film and his planned foray into London gangster land… 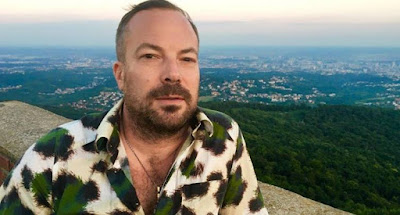 Q: ‘Fashionista’ finds you back in Austin after ‘Red White and Blue’. What excites you about Austin so much? Could ‘Fashionista’ have been set anywhere else?

SIMON: I had such a great experience on ‘Red White & Blue’ for so many different reasons that it was only natural that, at some point, I’d return to Austin. With Tim League (exec producer), Paul Knauss (co-producer) and Karen Hallford (casting director) I’ve got a great bunch of friends who also happen to be great collaborators and they form the core of both films’ Austin based crew and most probably without them neither films would have happened. Beyond that, I love the unique style of Austin, the food, the music, the cinema, the clothes, the neon lights, the bars and of course the people. And although it’s a place which is constantly growing, it still feels it has an intimacy which places like LA or New York or London lack.

Fashionista’s evolution was very much a response to when I went back there in 2014 for a few days after spending a time there in 2009 and 2010 and noticing how much it had changed. Like most interesting places in the Western World over the last 5 years, it’s become gentrified; there’s more sky rise flats, more traffic, more upmarket restaurants and less locals. And, like most places which have been gentrified, there’s an erosion of some of the things that made it exciting in the first place.

The whole vintage shop phenomena was such a massive part of the Austin that I knew in 2009 and although there are still a lot of these shops, there’s definitely less - even the one we shot in had to relocate literally two weeks after we shot there…So the lead character’s obsession with clothes in the film and her transition from vintage mash-up to designer clothes is probably not something that could believably happen in many places; I’m not sure Fashionista could have been set anywhere else in that case…

Q: It’s a film about addiction, from sex and body image to clothes and identity, but not anything drug-related. You didn’t want to throw that into the mix?

SIMON: I’m a big fan of drugs in films but, to be honest, I think all that needs to have been said has been said so I’m not sure what I would have been able to add to the genre. I’ve always been interested in a period drug film - Alastair Crowley’s Diary of a Drug Fiend for example would offer a different perspective on the subject and I’m currently reading Johny Barleycorn by Jack London which is about his relationship with alcohol - not memoirs of an alcoholic as he’s keen to point out but alcoholic memoirs, set in 1913; fascinating to consider the power of alcohol through the ages.

I watched Christiane F again as research for this film and films like Requiem For A Dream and Trainspotting offer definitive investigations into contemporary drug addiction so I’m not sure what the point would have been but more importantly, the film is about consumerism and clothes are something that everyone can relate to. It’s so easy to buy anything these days and clothes seem to be the epitome of the consumer’s purchasing power. Given that it’s a phenomenon that hasn’t been explored in cinema it felt ripe for investigation. 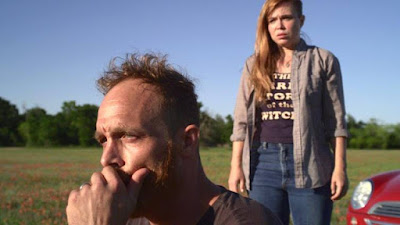 Q: All your movies are so unique, your subject matters, locales and atmospheres feel so new and virtually unexplored. Is that the only way you can personally approach film as an artistic medium?

SIMON: Ah, thanks!  From an early age, I’ve always thought that to make a mark, you should try to do something different, individual and unique. I think this belief is ultimately mis-founded; it might have worked at the beginning of the ‘Midnight’ phenomena for people like Lynch and Jodorowsky and Waters in the early/mid 70s but we’re living in such a culturally anodyne time that increasingly, people really just seem to want things that are similar to things they already know and understand and are thus non-challenging.

In terms of my own creative evolution, I definitely have tried to make every film different from the previous one and much of this is done through structure, editing and the visual aesthetics of the film. The structure to ‘The Living and The Dead’, ‘RWB’ and ‘Fashionista’ are completely different from each other as is the editing and the visuals. It keeps it interesting for me as I continue to explore what cinema is and what can be done with it as a medium.

That said, I’ve been trying to do more straight forward, linear films for a while now but things just haven’t worked out that way…

Q: Once more you completely pull the rug out from the viewer’s feet with some major surprises. Do you think of them first and build your story around them, or do they evolve organically?

SIMON: Yes; interested to see how people react to these moments! They all evolve organically to be honest although there were a few deliberate decisions to make some reveals as late as possible in the film. 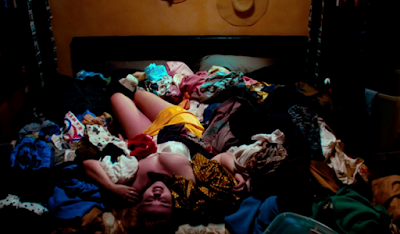 Q: This contains flashbacks, flash-forwards, in fact flashes everywhere! How did you cope continuity wise?

SIMON: Ha! Good question. The script was written exactly how it ended up on screen so I’m not really sure anyone really knew what was going on apart from me and so continuity was a big issue. Continuity is an incredibly tough job and I usually find continuity people incredibly annoying and often not very good at their jobs. The only great continuity person I worked with was a woman called Helene Oosthuizen who did Club Le Monde and The Living And The Dead with me and I’d love to work with her again but generally I try not to have continuity people on my film since they slow the whole process down and often confuse it. On ‘RWB’ we didn’t have one, on ‘Crowhurst’ we didn’t have one and perhaps somewhat recklessly we didn’t have one on ‘Fashionista’.

This could have been a massive disaster since there are many scenes which chronologically flow on from each other but appear in the script in a non-linear fashion. The producer and I spent a lot of time making sure the shooting schedule accommodated this and we were also incredibly lucky to have an amazing Costume Designer, Olivia Mori, who not only sourced all these incredible and different clothes (I think Amanda Fuller’s character had over 100 changes) but also spent a lot of time working out the exact linear chronology of the piece. We met up two or three mornings and went through her interpretation of the script, just to make sure it was correct. By the time we finished this, it was watertight in her mind but even then things could have gone wrong but, thankfully they didn’t. But yep, this was an

incredibly challenging film but everyone, Olivia, especially, came through with flying colours.

Q: How would you crystallise your own directing style?

SIMON: Every script is different so I try to direct the script in order to get the maximum drama/tension etc. from it, using editing, music, camera angles etc. as a means to do this. This is probably why every film looks and feels slightly different. 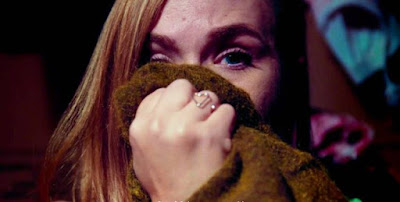 Q: You give director Nicolas Roeg a name check in the end credits. And you gave Amanda Fuller and Ethan Embry BAD TIMING to watch before shooting. Is he your main inspiration here?

SIMON: Yes - I watched a few films such as Safe by Todd Haynes, Christiane F by Uli Edel, A Woman Under The Influence by John Cassavetes and Lost Highway/Mullholland Drive by David Lynch. But yep, Bad Timing was the main one and I gave it to Amanda and Ethan to try to offer a rough idea as to how the film would end up visually. As far as I remember, that jumps pretty much back, forward and everywhere else. I’ve always been a massive fan and was incredibly fortunate to get the opportunity to work with him on my previous film ‘Crowhurst’, which he exec’d produced. I’d always wanted to try to make a film which has the kind of structure he’s best known for and having spent some time with him, I thought it was a now or never kind of situation.

Q: You’re working with Amanda Fuller again, why do you rate her as an actress, because she fits into your own weird universe the best?

SIMON: Not specifically that per se, but most actresses wouldn’t have had the courage to do what she did in ‘RWB’ or even ‘Fashionista’ so now you come to mention it, that must be something to do with it! She’s absolutely fearless which helps and she’s a complete natural, able to turn the emotions on and off like a tap which also helps. Added to this, she’s a lovely person and completely reliable so it’s always a pleasure to work with her and the results are always fantastic. I’m sure we’ll work together again sometime!

Q: Do you prefer being a resolutely cult director? ‘Johnny Frank Garrett’s Last Word was a departure for you. How do you plan balancing artistry with future commercial opportunities?

SIMON: After ‘The Living and The Dead’, ‘RWB’, ‘Little Deaths’ and my ‘ABCs of Death’, I made a decision to go more commercial, something I’m still working on but hope to crack with my forthcoming films. Johnny Frank Garrett was supposed to be the first film in this direction but for various reasons, that didn’t work out exactly how I’d hoped. That said, I’ve been very lucky to make 8 feature films and 2 anthologies and generally had the freedom to do what I wanted with them. If you keep the budgets low enough, these films are still ‘commercial’ in as much as they make their investors’ money back. That said, I’d like to work on a larger canvas, get paid more and get the films seen by more people so that’s definitely my intention henceforth.

Q: And finally, what’s next?

SIMON: I’ve got three projects which are shaping up well. The first which we’re planning on shooting towards end of March is a period based London gangster film about two  guys called Jack The Spot Comer and Billy Hill. They’re the missing link between Peaky Blinders and The Krays and there’s a fantastic story to be told about the ups and downs of their relationship and who, ultimately, was the King of The London Underworld. Given how this country maintains a fascination with gangsters, it’s incredible this story has never been told before because it’s ripe for dramatisation.

Of the two projects after that, one is a revenge thriller set in post Brexit England and the other is a thriller set in the Mojave desert about a couple who are being shot upon by a sniper, based on an excellent novel called ‘Eyeshot’ by a very talented young writer called Taylor Adams.

FASHIONISTA is showing at the Glasgow Film Theatre on Sat 25 Feb, 11.45am as part of Horror Channel FrightFest Glasgow 2017.