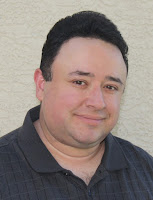 Gabriel Campisi is a Los Angeles-based filmmaker who shot his first movies on Super-8mm and 16mm as a kid, the more elaborate ones going on to win national competitions. Proficient in creating practical and optical special effects at a time when computer-generated imagery was not yet prominent, he was recognized early on by national film festivals and magazines for his stop-motion animation and split-beam cinematic techniques.

Born and raised in Los Angeles, California, Campisi spent many years dealing in the high-stakes world of motion picture finance, subsequently writing the bestselling The Independent Filmmaker's Guide to Writing a Business Plan for Investors (McFarland Publishers) presently in its second edition.

Campisi studied with UCLA's screenwriting professor Richard Walter, and has written for industry publications and genre magazines, including Hollywood Reporter, Variety, and Fangoria Magazine. He is a partner at Traplight Pictures and a member of the Producers Guild of America (P.G.A.).

Gabriel joins us today to talk about Death Pool


How did you get into producing, Gabriel?

I started making movies around the age of 8, when I discovered my father’s Super-8mm movie camera.  Star Wars came out around the same time, and I remember experimenting with stop-motion animation.  Of course, I didn’t have a clue what I was doing at the time, but I just knew it was something I really enjoyed.  I started shooting more elaborate “movies” over the next few years and eventually shot award-winning short films.

As I got older, the natural progression of “making movies” led to handling the productions from the ground up, and that meant putting on the producer’s hat.


Do you find producing more interesting than directing?

I find both positions equally exciting and challenging.  They each have their own distinct set of nuances and rewards, but as producer you’re more in charge of the production, and there are a lot more responsibilities involved.

I enjoy the creativity involved with directing.  Right now I have too many projects I’m dealing with as writer and producer, and not enough peace of mind to take on the responsibilities of a director, but it’s something I will be going back to again soon.


And what about on Death Pool, what were your main responsibilities?

On Death Pool, I had all the responsibilities inherent in any production to contend with.  From preparation and pre-production to post-production and delivery of the finished movie to our sales agent and distributors.
Making sure the project stayed within budget and on schedule was always a dominating factor, as well as making sure the director Jared Cohn could get all the shots he needed to bring the screenplay to life.
Safety was also an issue, since we were dealing with a lot of water and drownings.  As producer, you always want to make sure nobody gets hurt in any way, so that often means jumping in and saying, “Sorry, we can’t do this.”  No shot is worth someone getting hurt.

Luckily, we had a great crew and great actors, and things went very smooth.


What was your toughest day, as a producer, on Death Pool?

I think the first day is always the toughest on any movie.  It’s also the most exciting, but the first day is when all the wrinkles are fresh and need to get ironed out.  Cast and crew learn to work together, and everyone sort of has to feel each other out and learn each other’s personalities, strengths and weaknesses.
A good producer must possess good diplomacy skills and know how to deal with different character types – and believe me, you see every character trait imaginable on a movie set!

Like I said before, though, we had an amazing cast and crew, and they made the entire production fun and laid back.


In terms of casting or creative choices, were there ever disagreements between you and director Jared Cohn?

Jared and I are best friends, first and foremost.  As business partners, we equally respect one another, which is fundamental to the success of any creative and business relationship.  For this reason, it’s very rare that we disagree on things.  However, if we do, we merely discuss the issue at hand, point out the pros and cons, and either compromise or convince the other to our point of view.

The casting on Death Pool was spot-on perfect.  Randy Wayne, Demetreus Stear and Sara Lane are amazing and incredible performers, and they brought life to the fictional characters.  So did all the other actors.


Was the film inspired by a real-life case?

There were some stories in the newspapers many years ago about some drownings in the San Fernando Valley that were viewed as suspicious and deliberate, and were never solved by the police.  At the same time, there was a guy who was arrested for drowning a victim in the same area, and the question arose: could he be responsible for these other drownings?

Although there was never any formal connection between the events, and a serial killer was never declared by authorities, Jared used these elements as the basis for the screenplay.

The original title of the movie was “The Valley Drowner.”  But apparently the title didn’t translate well in other languages, so our distributor strongly recommended we change the name.


Any of those death scenes disturbing to film?

Everything in a movie is make-believe, and there are many people standing around the set, so it’s not as disturbing as seeing the finished project unfold on the screen.  However, there was always some form on anxiety while shooting the drownings, because the actors really got into their scenes.  For a split second you could suspend disbelief and just say, “Wow,” because you know how real it all looked.


Why was MTI Home Video the right home for this one?

MTI has been around since 1984, so they really know what they’re doing.  They have broad experience with genre movies, including horrors and thrillers.  They have a vast library of movies, with connections to every outlet imaginable, and a very intelligent staff that runs the operation.

The same goes for Artist View Entertainment, our sales company.  Scott Jones, the CEO, is a genuinely nice person and really knows the industry.  It was his idea to go to MTI, and I couldn’t be happier.


Can you tell us what’s next for you?

The finance models Hollywood has been using for the past few decades are changing.  There are new players in town (i.e., Netflix, Amazon Prime, Hulu, etc.) that are shaking things up and changing how audiences watch scripted entertainment.  This change has affected how money changes hands, and a lot of the money pots that used to help finance companies in the past are no longer viable.  My new book discusses all this, and I’m supplementing it with interviews with industry executives and producers, like I did with my last two books.

I’m also working on a project called Damnation Come, which hopefully everyone will hear more about soon.


Death Pool is out now on DVD and you can order it from Amazon at the following link.
Death Pool DVD