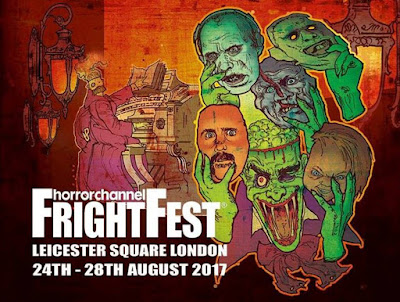 The 150 plus guest-list this year is as vibrant and eclectic as ever, with nearly 40 of the films represented. It is a year when fan favourites are reunited and the new wave of genre talent is firmly embraced within the FrightFest fold.

It’s been five years since Don Mancini and Fiona Dourif raised the Empire roof with CURSE OF CHUCKY and this year they are joined by the irrepressible Jennifer Tilly for the opening World Premiere of CULT OF CHUCKY.  Also attending five years after his previous appearance will be the one and only Kane Hodder, Together with director Derek Dennis Herbert, Kane will be launching his remarkably honest and moving documentary TO HELL AND BACK: THE KANE HODDER STORY as well as supporting another returning favourite, director Adam Green, who will be here to launch his HATCHET redux.

You can’t have Green without Lynch, and ten years since they first put FrightFest on the international map with their brilliant ‘Road to FrightFest’ shorts, they are in the building, with Joe Lynch in town to big up his uber-exciting MAYHEM. And the bad boys of horror have something special planned – a live edition of their famous Movie Crypt Podcast.

Hollywood horror royalty Barbara Crampton lit up FrightFest in 2015 when she presented a record four of her latest releases and the popular icon is back with REPLACE, alongside the film’s director Norbert Keil. Barbara is also one of the NEW BLOOD mentors, alongside prolific 68 KILL producer Travis Stevens and ATTACK OF THE ADULT BABIES director and TV star Dominic Brunt. He will be joined for the film’s World Premiere by producer and actress Joanne Mitchell, and lead actress Sally Dexter. 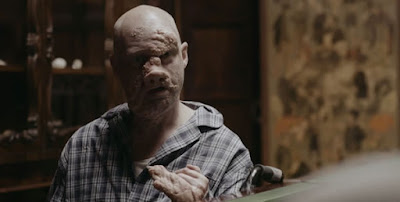 Attack of the Adult Babies

FrightFest has shown all of their previous movies, so it’s a special honour to welcome directors Julien Maury and Alexandre Bustillo, who will be attending for the world premiere of their exceptional prequel LEATHERFACE, alongside cast members Vanessa Grasse, James Bloor and Jessica Madsen. Also welcome are director Tyler MacIntyre with his superb slasher satire TRAGEDY GIRLS and actor Graham Skipper with his directorial feature debut SEQUENCE BREAK. Another actor making his directorial debut is Jason Flemyng with his comedy horror EAT LOCALS, part of the ‘First Blood’ strand. Jason will introduce the film alongside the cast, including Annette Crosbie and Dexter Fletcher.

Homegrown talent will be present in abundance this year. Director Christian James will introduce the world premiere of FANGED UP with cast members including Stu Bennett, Dapper Laughs (aka Daniel O'Reilly), Steven Berkoff, Danielle Harold, Dan Palmer and Aaron Crascell, DOUBLE DATE has been making a real splash on the current festival circuit and we are delighted to say hello to director Benjamin Barfoot and stars Danny Morgan, Michael Socha, Georgia Groome, and Kelly Wenham. Director Simon Rumley will do the honours for FASHIONISTA, as will director Dominic Bridges and star Mim Shaikh for FREEHOLD, Director Matthew Heaven and lead actor Oliver Towner for ACCOUNTABLE and director Tom Paton with lead actor Mike Beckingham for REDWOOD. Plus, Jake West and Marc Morris will be introducing their lovingly restored version of proto-giallo DEATH LAID AN EGG. 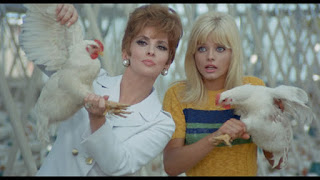 The FIRST BLOOD strand goes from strength to strength and all the helmers will be around, supported by their cast and crews. Aside from Jason Flemyng, there will be Louis Melville for BOOTS ON THE GROUND, Peter Stray for CANARIES, Hendrik Faller for MOUNTAIN FEVER and Michaël Boucherie for WHERE THE SKIN LIES.

In addition, we will be welcoming many producers, writers, cinematographers, special/visual effects artists and composers who will also be supporting their screenings.

PLUS, we are pleased to announce that we will be showing JACKALS, Kevin Greutert’s potent blend of horror thriller, home invasion terror and murder cult chiller. Starring Stephen Dorff and Deborah Kara Unger, this is a tense and claustrophobic experience that will shatter your nerves to the bone. Thanks goes to Tommy Alastra Productions. The film is scheduled for Saturday 25th August, 4pm and 4.30pm in the main screens at the Cineworld Leicester Square.

And there’s more! Who will follow in the bloody footsteps of last year’s inaugural winner Alice Lowe? In its second year, The Screen International genre rising star award once again celebrates the work of an emerging UK genre talent, Hosted by film writer and Screen International contributing editor Nikki Baughan, this year’s five shortlisted nominees will be announced soon.

There’s also the launch of ‘The FrightFest Guide to Monster Movies’ by celebrated writer, editor & critic Michael Gingold, who will be present to sign copies of the book.  The book is exclusively on sale during the festival. 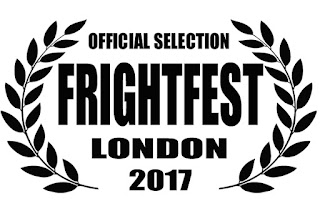 Single tickets go on sale Sat 29 July at 9am and, alongside the few remaining Festival and day pass sales are available to buy online:  http://www.frightfest.co.uk/tickets.html