Interview with Marko Makilaakso - Director of "It Came From The Desert" 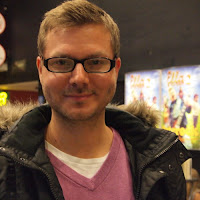 1. Tell us about “It Came from the Desert?”
”It came from the desert” is a live-action sequel to the legendary ICFTD games by Cinemaware and set in modern times. The movie has an independent story with new characters but we do live in the same universe with the games and the fans will recognise that. It’s a campy and fun movie with heart! Kind of mix of PG13 scary movies of the 80’s, as well as horror-scifi films of the 50s. It's a tribute to Roger Corman drive-in films, Steven Spielberg produced movies and series of the 80s and Cannon Films’ style of action flicks.

2. What led you to make this famous 80s video game into a film?
It started out as an idea which I presented to the producers. I wanted to make an motocross action film set in a desert with big spiders and in the 80’s vibe. Yes, I said spiders! Inspired by Eight legged freaks and I wanted to call the movie ”It Came From The Desert”, because I loved the game as a kid. So we started to develop the project. I wrote the first draft of the script which still had spiders in it and our producer contacted Cinemaware, the company which produced the ICFTD video game in the late 80’s. He asked if we could use the title of their game in our movie and to our big surprise, not only we got to use the title, but they wanted us to make adaptation of the game! So spiders changed to ants and we started re-writing the script to accommodate the game. 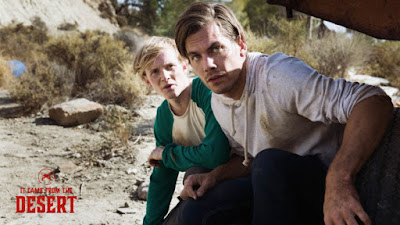 3. Where did you shoot the movie?
We shot it in Almeria, Spain and Turku, Finland in many, many locations. In Almeria desert we used the same locations where ”Indiana Jones and the last crusade”, ”Game of thrones”, ”Good, bad and the ugly” etc was shot. Amazing locations! Even though we didn’t have great deal of time to make the movie, we used the time wisely and managed to pull off lots of complicated scenes in various logistically difficult locations. It was great fun!

4. How was it shooting in Spain? Would you go there again?
Yes, absolutely! I would love to shoot in Spain again and I hope someday I will. I miss the locations and the spirit they gave me. Oh, and I saw Terence Hill while shooting there, which was too damn cool to be true! Hill & Spencer movies are part of my childhood and being there in those locations and actually seeing Mr. Hill.. Awesome! 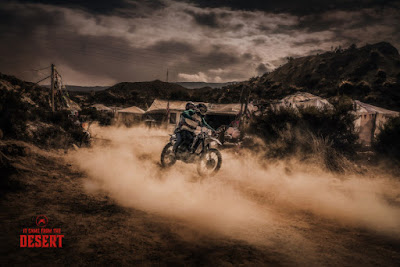 5. Tell us about working with the actors?
I loved it! It’s tricky to find a cast who gets the tone of the movie like this, but I was lucky to have group of talented actors and actresses to go with me in this crazy ride. Comedy is hard and you can’t fake it. It either works or it doesn’t, but our cast did fantastic job! Of course we all have a different opinion what we consider to be funny, but this movie is funny at least for me!

6. What does this movie mean to you?
This is actually the most personal movie I’ve ever made. Sounds funny considering the genre, but it is! ICFTD is a love letter to the movies I grew up with and movies I love. It also have been wonderful to get support from the makers who inspired the movie, like Joe Dante and the Corman’s. Dreams do come true! 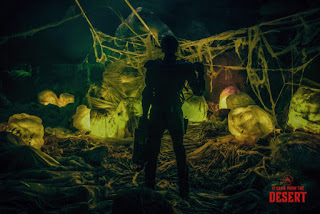 7. What can the audience expect from It came from the desert?
It’s fun and entertaining movie that gives a shout-out to the old drive-in flicks from the 50s and 60s as well as movies from the 80s. You can just kick back and enjoy the ride with six pack or something else! ;)

8. What is the status of the movie at the moment?
We have still a month of Post-production and then it’s ready. I can’t wait to show the movie to the world!