For the first time since 2006, Friday the thirteenth falls in October. While this news might get paraskevidekatriaphobics (look it up, fact fans) in a spin, the rest of us can use it as an opportunity to get into the Halloween spirit a whole 18 days early. What’s more, with Jigsaw hitting the screens on 26 Oct, we’ll need the extra long spooky season to catch up on the first seven movies in the Saw franchise, as well as some of our other favourite horror classics.

So, grab an extra-large cushion to hide behind, and cosy up with some of the movie world’s most truly terrifying characters… 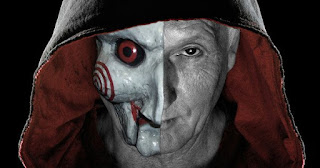 Jigsaw - Saw
Born from the genius minds of James Wan and Leigh Whannell, Jigsaw (aka John Kramer) is the antagonist of the terrifying Saw franchise. Despite what his name may suggest, Jigsaw prefers manipulative mind games to the puzzle variety; the former civil engineer became a psychotic serial killer after a series of bad luck and a terminal cancer diagnosis left him believing that life must truly be appreciated. Those who take it for granted might end up meeting Billy the Puppet (clue - you won’t want to). 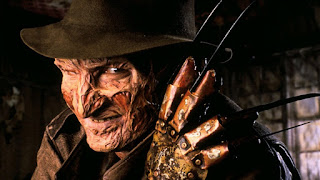 Freddy Krueger - Nightmare on Elm Street
Don’t let that hipster sweater and trilby hat fool you, you’re more likely to run into Freddy Kruger in your worst nightmare than down the local craft beer house. Nightmare on Elm’s antagonist was burnt alive by an angry mob of parents after he escaped jail due to a technicality following a child killing spree. Although his body died, his spirit lives on to torment a group of teenagers by entering their dreams. You may not want to sleep alone after watching this one, so keep loved ones close. 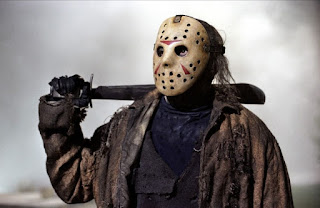 Jason - Friday the 13th
Thanks to his trademark mask, it’s hard to even watch a game of hockey without getting a shiver these days. Jason Voorhees is an absolute killing machine, having knocked off well over one hundred people in the Camp Crystal Lake area, largely to avenge the death of his mother, but also because he’s somewhat insane after living (in some capacity anyway) on his own in a secluded wood for a couple of decades. Be very afraid.

Bathsheba Sherman - The Conjuring
The fact that the plot blurs fiction and real life events makes The Conjuring’s Bathsheba even more terrifying. A relative of Mary Towne Eastey, who was a victim of the 1692 Salem witch trials, Bathsheba sacrificed her week-old child to the devil and committed suicide, though not before cursing all those who take her land in Harrisville, Rhode Island. Enter ‘real life’ paranormal investigators, Ed and Lorraine Warren. You’ll probably strike Bathsheba off your baby name list after this. 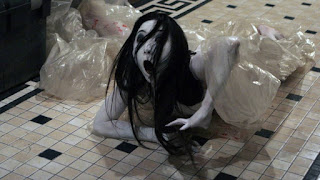 Sadako – The Ring
We’ve all felt a bit like The Ring’s Sadako when crawling blearily out of bed on a Monday morning, but hopefully without her psychotic tendencies. It’s the Japanese character’s elusive nature that makes are so scary, so we don’t want to give too much away. But let’s say, powerful psychic abilities play a big part, as does a cursed videotape that claims to kill anyone who watches it after seven days. Thankfully it seems unlikely that you’ll be watching this on VHS. 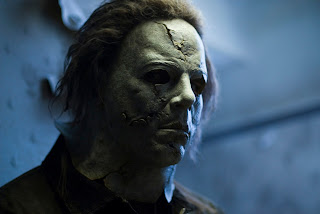 Michael Myers – Halloween
Your annoying little brother has nothing on Michael Myers. The main antagonist of the John Carpenter’s franchise was admitted into a psychiatric hospital for the murder of his older sister. After nearly 15 years, he breaks out and relentlessly hunts down the rest of his petrified family. True fact: the mask Michael wears is said to be based on the face of William Shatner's Captain Kirk.

A new puzzle begins…advance tickets are NOW on sale nationwide at participating cinemas, book your tickets here and celebrate Halloween the right way! http://www.jigsawmovie.co.uk
Posted by JD at 16:12