Arrow Video FrightFest 2018 showcases the best in short film from the UK and around the world, with ten countries representing five continents. From otherworldly ghosts to terrifying monsters, from the creepy to the baffling, from this dimension to those still unknown, this year’s selection unleashes the latest from upcoming and established filmmakers.

Girl Power takes on different meanings: from the empowerment of American shorts Pie and BFF Girls, and Ireland’s Catcalls, to the downright deadly of Spain’s Marta, New Zealand’s Devil Woman, and UK shorts The Good Samaritans and Envy, these ladies will keep you guessing and possibly running for your life.

Monsters loom large: in the post-apocalyptic wilderness of TiCK, an abandoned warehouse in We Summoned a Demon, on the way home in Who’s That at the Back of the Bus, in the home in My Monster, The Cost of Living and Milk and even at a wedding, as in NeckFace.

Creepiness pervades throughout the programme, from unsettling discoveries in 42 Counts, to unwanted birthday surprises in Special Day. Strange sights and smells disrupt home life in The Front Door, Secretion and The Lady from 406 from South Korea, while some secrets are best left alone in Reprisal from Lebanon, and Wrong Number.

Perhaps the scariest thing of all is love, and what better way to explore its mysteries than through genre shorts. The devil makes an appearance in Payment, while true intentions are hidden under paper and cloth in Baghead and someone wants to use love to control in Puppet Master, from Finland’s Hanna Bergholm.

This year, the FIRST BLOOD strand includes three shorts by up-and-coming UK directors:. Beware of insects in your hotel room in Fran & The Moth; the countryside might not be the best place to be on your own in The Lonely and some teenagers never learn in Mannequins.

There is also a world premiere screening of Joanne Mitchell’s Sybil. Fresh from producing and starring in ATTACK OF THE ADULT BABIES, this ‘deathly love-story’ marks Mitchell’s directorial debut.

Programmer Shelagh Rowan-Legg said today: "The short films at Arrow Video FrightFest have incredible sights to show you, from haunted houses to frightening forests, to monsters from beyond the grave and ones a little too close to home. With shorts from the as close to home as your local night bus to as far away as the wilds of Tasmania, with stars stretching their talent to new actors and directors making their break-out hit, these short films offer the best from new and established filmmakers, shaking the foundations of fantastic genre film.” 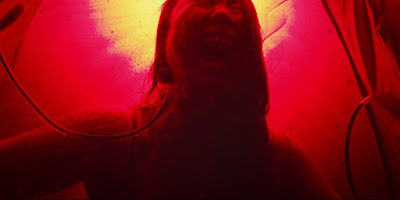