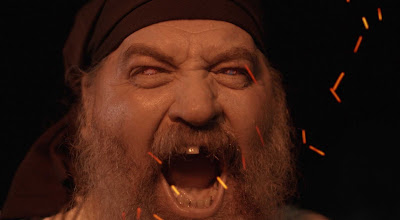 We caught up with Sean Bingham and Jeff Hall, the duo behind the new horror release IT LIVES INSIDE, ahead of the DVD release of the film next week.


Why this film? Where did it all begin?

SB - Interesting story here. Jeff and I have been friends since high school in Columbus, GA. We grew up together.  We played in bands together but we lost touch with one another after he went into the Air Force and moved to Oklahoma. Years later, I moved from Georgia to Oklahoma myself and we re-connected. Come to find out we’d both come around to film-making as a creative outlet independent of one another but simultaneously. Neither of us had shot a film before but we were determined to do it somehow.

Jeff developed the original concept and wrote the script for It Lives Inside but we hadn’t planned on shooting that film first. We were working on several other film ideas when Jeff brought up the opportunity to film It Lives Inside in a small rental house. He had to talk me into it because I was really focused on another film idea at the time. It turned out to be a great learning experience for both of us.
And did you go through several drafts before ending on your final shooting script? Much change along the way?

JH - Yes, there are several draft.  However, the basic story has not changed.  This was one of those ideas that wrote itself.  As soon as I had the concept, I just rode the wave.  The only thing that changed in the drafts were lines and dramatic elements.


Was it an easy movie to get up? Can you talk about the process involved in getting this film ready?

SB - There were a lot of challenges to shooting and completing It Lives Inside. Pre-production comprised photographing locations, diagraming scenes to understand blocking and camera positions, and scrambling to find props and building sets for the upcoming shots. Our crew primarily consisted of me and Jeff with the help of my daughter, Lexi when she was visiting from college. We all took turns doing make-up for the actors. We tried to maintain continuity from day to day, since we were shooting out of sequence but there are some shots where you can tell we went too heavy on the blood. The actors in our film were great to work with. They stepped in to help us when we were struggling. Most of them had already been in several films so they knew what they were doing.

Having no budget and being first-time film makers made it all the more challenging. Most of our equipment was DIY; the dolly, crane, car mount, and most of the lights we used. Not to mention that before It Lives Inside, I’d never shot anything beyond some test footage and some home videos. Big learning curve there!
With the exception of the VFX, I did all the post-production work. That was a monumental challenge for me, since I’d never done any post-production, outside of the aforementioned home movies. Another big learning curve there!


Tell us about the inspiration for the script?

JH - I came across a small blurb about a Native American Cannibal spirit called “ATCHEN”.  I simply told a story as if it were to happen today.  As far as the visual, The phenomena of Shadow People played a huge role.  I wrote the first draft back in 2010 and I don’t believe the subject had been touched at that time.  So the spirit took the form of shadows and black smoke.
They don’t make movies like these anymore do they?

SB - It definitely has a different feel than most modern films. There’s a lot of subtle foreshadowing that takes place. It might take a few times viewing it to catch them all. There’s an homage to The Shining in one of the paintings hanging on the bedroom wall. I won’t tell you which one but it also hangs on the bedroom wall in the Overlook Hotel. There are several other shout-outs to the genre that we baked in there for astute viewers. 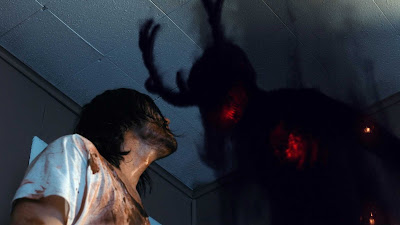 Did you sit down with the classics and rewatch them as part of your research into the script?

SB - We both watched quite a few movies when deciding how we wanted the film to feel. The Shining, The Thing, Return of the Living Dead were some of my influences among many others.
Where did you find your actors?

JH - Michelle De Long runs a superb acting school here in Oklahoma City.  All props to her and Jessica Pierson!


If one of them ends up a breakout star as a result of the movie, who do you predict it’ll be?

SB-That’s a tough one. One of the things I enjoyed most was working with our actors. When we had to re-shoot something it was mainly because of something we did to flub it, not the talent. I’m hoping that all the actors are able to continue doing what they enjoy.


And what do you hope the film does for your career?

JH - I only want the opportunity to keep telling stories.  We are blessed to have found distributorship with High Octane and hope to keep producing better and better films.

SB - This film experience has already taught us a lot. After we shot It Lives Inside, we met Ryan Bellgardt, another very talented local film-maker. He put together a forum to help local film-makers, after several successful films of his own. Galen Christy, the founder of High Octane Pictures was there and they both gave us some great advice on getting started in the film industry. Our hope is that the film is successful so that we can continue to improve our craft.


What’s the best piece of independent filmmaking advice you can offer others reading this article?

JH - It is a marathon.  There will be many problems and issues that have to be solved.  Keep an open mind.  The story is the star, so do not let ego get in the way.  It could be the death of your project.

SB - First of all, if you want to make a film, go make a film. You may have to decide whether you want to make art or sell a product. If you’re good or lucky or both, you may not have to compromise. Study the films you like and the one’s you dislike. Find some like-minded people you can work with and form a team, a film crew. If you go it alone, your world is going to be very difficult. 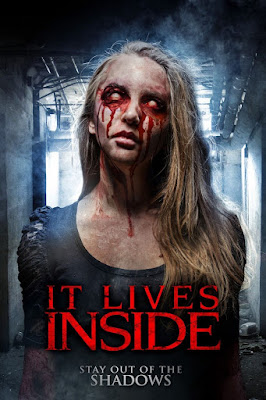