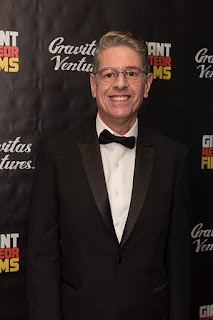 Ruben Estremera left “corporate hell” to work in the significantly more exciting world of film just three years ago. Since then, he and producing partner Gregory Wolk have produced several movies, including the sci-fi zombie movie Apocalypse Rising, Trump-Halloween spoof President Evil and A Lesson in Cruelty.


When did your producing career begin, sir?

Fairly late to the game, in 2015. Left the corporate world to do something I’ve been wanting to do for years. I’m finding that my years in corporate hell are coming in handy. Filmmaking is a business.


Was it always the dream to produce movies?

I wanted to be involved in making movies but producing them wasn’t in the initial plan. Once my partner and I experienced being ripped-off by a hired producer, we knew we had to do it ourselves.

How many films have you done now?


The one we’d like to discuss is your addition to the fantasy category. Is that a genre you’ve always been fascinated with or was it a matter of simply making a movie that you know would sell?

I’ve always loved dark fantasy. Would it sell? I knew it would appeal to a wide audience, even though some studios gave me the brush-off, saying that “zombies are done.” When someone tells me that I can’t do something, it makes me want to do it even more. 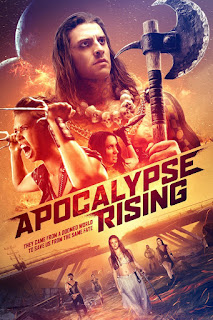 And how did APOCALYPSE RISING come to be?

My partner, Gregory Wolk, had written a novel called “The Dead Site” and we decided to adapt it into a film.


What came first? The script or the idea?

The novel came first, and then the script.


How did you pitch the film to your cast? What interested them?

If you like The Walking Dead, Star Trek, or Game of Thrones, you’ll love this. As if that wasn’t enough to have everyone wanting to be involved, saying that the film contained sex, violence, zombies and Jesus Christ, clinched the sale.


And the look of the film, based on the trailer, suggests a similar tone to the classics. That intentional?

Yes. There’s so much great material from what came before us. However, today’s audiences demand a fresh take on everything. There is no going back to the old days (tell our politicians that, please!) but we’re wise to keep what works and incorporate new methods, updated humour and sensibilities.


When did you watch your first cut?

Autumn of last year. Then it sold at AFM.


Did the distributor change anything when they came aboard?

They suggested that we change the title. We filmed it with the working titled of The Dead Site. I came up with a few alternates, one of which was Apocalypse Rising, and they loved it.