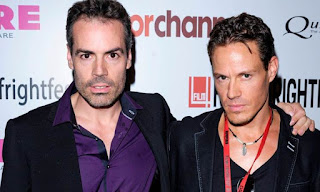 Ahead of Horror Channel’s UK TV premieres of THE DEAD 2 and OFFENSIVE, (part of the FrightFest season), brothers Howard and Jon Ford discuss the trials and tribulations of filmmaking, healing wounds and why THE DEAD 3 won’t be happening any time soon…


Horror Channel will be launching their massive 13-night FrightFest Season with the UK TV premiere of THE DEAD 2. Excited?

Howard: Well it’s a surprise, but a lovely one! Until I was asked to do this interview, I had no clue The Dead 2 had even been picked up by Horror Channel! But yes, I’m very excited.

Jon: I hope the viewers enjoy the film. We went through much pain and effort  to make this film, in tough parts of India. We were on a very modest budget and didn't go to the usual tourist places.  It made me laugh when I saw a review stating "they obviously had a lot more money", I take that as a compliment.


And Jon, the season ends with the first ever TV showing of your debut solo directorial debut, OFFENSIVE. What are you hoping the viewers will take from the film?

I hope viewers will appreciate a true revenge film for a change. I hope they enjoy that rare gasp of fresh air that only a truly independent film dare give. And notice the messages about modern technology and today's society. 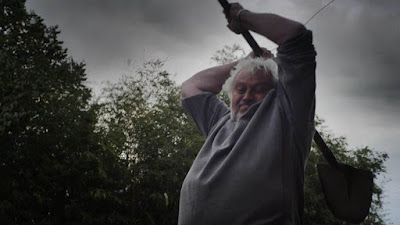 OFFENSIVE is an award-winning film that has wowed festival audiences around the world since its World Premiere at FrightFest in 2016. What’s the latest news on release dates?

Jon: Thanks yes, it has won many awards including "Best Film", Jury and audience awards, which is apparently a first. So I'm very proud of it. Of all the things I've filmed in my career it's the one I like the best. I think because I remained pure to the original idea. We're still in negotiations at this very moment so stand by on release dates.


Howard, you have quite a meaty acting role in OFFENSIVE. How did you convince Jon to cast you?

Howard: I think what first appealed to Jon was how cheap I was going to be! Ha. Also I owed him one, on-screen as he came out to Morocco and Spain for Never Let Go and I had him run over by a truck (an in-gag from the Dead 1) and he had to lay in the road covered in blood so now it was my turn to get bloody! I loved shooting those scenes in Offensive, who doesn’t want to Axe up a few Nazi’s?! I just wish I had done more, but the experience and the fact I got away with it did give me a bit of a taste for that acting thing!

Did the global success of THE DEAD put a lot of pressure on you both to keep working together and come up with a sequel?

Howard: I’ve got to be honest with you, we did The Dead 2 so we could get paid some of the profit from The Dead 1! We saw all these millions of dollars in revenue on the statements for The Dead 1 in the US, but, some clever wording in the distribution contract meant we were going to see almost nothing of it. We knew we had the remake rights as we felt there was potential for a sequel. We originally planned to continue from where we left off but it was such a traumatic shoot in Africa we decided to do a stand-alone movie in India. The great thing is, it means you don’t have to see The Dead 1 to watch The Dead 2. It’s a different journey with new characters across zombie infested India!


There’s a lot of hope amongst your fans that they’ll be a third THE DEAD film. Can you give us an update?

Howard: We just had a chat about this and we decided that we will do it when we get the rights back to both films. Right now, we get precisely zero from all those amazing fans who buy the movie.

Jon: When you've gone through the hell we went through to make both The Dead movies and see those bank statements with millions of dollars going to other people, it's a bitter pill to swallow. We want to make a Dead trilogy but as Howard mentioned, we'll probably have to wait a good few years to get the rights back.


Having gone on to pursue solo careers, do you think it will harder or easier to co-direct again?

Howard/Jon: There was a lot of tension on those shoots and frustration from every angle trying to bring audiences something different by shooting them in far flung inaccessible locations, but we have a lot of hindsight now and some of the wounds have healed a bit, so I think we’d actually be able to collaborate a lot easier now. We’ve also scratched a lot of our own itches!


Howard, you’ve just released ADVENTURE BOYZ, a big departure from your genre roots. Tell us a bit about the film and what inspired you to make it.

Howard: Adventure Boyz is always going to be the film I love the most. It’ll be that one I’ll be hitting replay to as I crack open my third bottle of wine and cry into it while watching my little boys come and rescue their dad from a jail cell (That’s in the plot by the way, I hope to stay out of jail in real life!). I made the film to inspire my two young sons, who also star in the movie, and remind them that there is more to life than staring into a device or spending time on social media. Adventure Boyz is about re connecting us to the things that matter. It’s also very Goonies meets Home Alone, so I hope our horror fans who have kids can show them this movie as no one swears or gets their head cut off and it has lots of positive messages!

Jon: I'm going to be directing a feature film adaptation of Don Quixote. So will be shooting in August this year. It's a crazy film about a scarecrow that's struck by lightning and comes to life in the form of Don Quixote.

I'm also going to be directing and writing a Medieval thriller, set during the Black death. It's uncanny how close to "Zombies" the plague victims became. they became crazed, dripping blood from every orifice, and would attack people, infecting them in seconds. It's a bit 28 days later so maybe I'll satisfy my running zombie itch in a way after all?! We'll be shooting that in 2020.


And Howard, is there anything you can tell us about your next film?

Howard: I am due to direct The Ledge soon for GFM films which is very taught, tight, thriller/horror, you might say a female cliff-hanger about one girl, a witness to a heinous crime, who is being pursued up a mountain by five guys who cannot let her leave alive. I'm also developing my own projects, one being a ghostly affair!


Finally, is there anything in the FrightFest season that you’ll be watching?

Howard: Jon: We both loved Wolf Creek so would love to check out the sequel!