There are star-studded shocks aplenty on Horror Channel in June, courtesy of the SPINE-CHILLER SEASON - a selection of supernatural mysteries to get your summer off to a very scary start. Scheduled for Saturday nights at 9pm, the season is headed by the Channel premiere of the moody and violent chiller GOTHIKA, starring Halle Berry, Robert Downey Jr. and Penelope Cruz. Other titles include Kevin Bacon’s career launcher STIR OF ECHOES, the gripping US-remake of THE GRUDGE, starring Sarah Michelle Gellar, and the terrifying supernatural thriller PAY THE GHOST, starring Nicholas Cage.

There are also UK TV premieres for the sharply eerie NAILS, starring Shauna Macdonald and Ross Noble and the deadly VIRAL, where a global parasitic virus is turning victims into blind, blood spewing zombie hosts. Plus, there are Channel premieres for Michael Peterson’s blood-pumping survival horror KNUCKLEBALL, Alistair Orr’s stylish supernatural suspense FROM A HOUSE ON WILLOW STREET, featuring a killer role by Australian scream queen Sharni Vinson and John McTiernan’s ROLLERBALL, a head-slamming remake of the 1975 Sci-Fi hit. 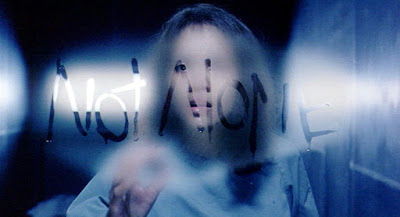 Miranda Grey (Halle Berry), a brilliant psychiatrist, is accused of a heinous murder she cannot remember. Unable to fathom having committed an act of such brutality against a husband she loved and admired, Miranda is shocked to find herself incarcerated at the Woodward Penitentiary for Women, alongside the criminally insane patients she once treated. As Miranda struggles to reclaim her sanity, she realises she’s become the pawn of a vengeful spirit. Now she must quickly determine if she is being led further from her sanity or closer to the truth. 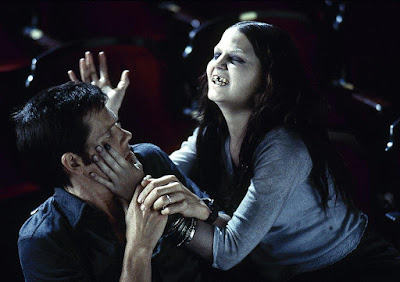 After he is hypnotized at a neighbourhood party, Tom Witzky (Kevin Bacon) changes. He sees things he can't explain and hears voices he can't ignore. As the horrific visions intensify, Tom realises they are pieces of a puzzle, echoes of a crime calling out to be solved. But when his other-worldly nightmares begin coming true, Tom desperately tries to rid himself of his eerie, unwanted powers.

A remake of the original Japanese series , again directed by Takashi Shimizu, the action moves to Tokyo, where we are once again in a haunted house, where American nurse Karen (Sarah Michelle Gellar) is exposed to a mysterious supernatural curse, one that locks a person in a powerful rage before claiming their life and spreading to another victim. Also stars Bill Pullman. 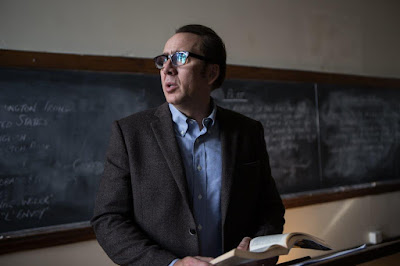 Almost a year after his young son disappeared on Halloween night in New York City, Mike (Nicolas Cage) is alone and haunted by terrifying visions of his son. Determined not to let go, he researches all the cases of missing children in the city and comes to a horrifying conclusion. That every Halloween a vengeful ghost surfaces to abduct three children and if they don't recover their son within a short window of time on All Hallows Eve, he will be lost to the spirit world forever. Following a series of terrifying clues, Mike is led deeper into the ancient curse that could destroy him and all he loves.

Super-fit track coach Dana Milgrom (Shaun Macdonald) suffers a near fatal run-in with a car which leaves her almost completely paralysed. Trapped inside her own body, with her speech severely affected, Dana communicates through a voice synthesised computer keyboard. Staring at the prospect of a lengthy recovery process in a rundown rehabilitation hospital, Dana’s physical vulnerabilities are about to be heightened by a supernatural inhabitant of the hospital. A shadowy figure with long, sharp, finger nails...

Teenaged sisters Emma (Sofia Black-D' Elia) and Stacey (Analeigh Tipton) live a normal life, until their small suburban neighbourhood is stricken with a mysterious parasitic virus. As the disease rapidly spreads, the two barricade themselves from infection. But it may already be too late - when the virus enters their home, the sisters are faced with an impossible choice: protect each other, or survive the virus.

Alone, and targeted on an isolated farm, 12 year old Henry finds himself at the centre of a maelstrom of terror, and a dark family legacy, when his secretive grandfather dies suddenly in the night

Kidnappers abduct the daughter of a wealthy diamond distributor in Cape Town. But when they have her locked up in their hideout and prepare to issue their ransom demands, they realise too late that she’s been possessed by a sinister and very powerful demon.

Jonathan Cross (Chris Klein) is the most popular player in the fastest and most extreme sport of all time: Rollerball. Along with teammates Marcus Riley (LL Cool J) and Aurora (Rebecca Romijn-Stamos), Jonathan is giving viewers what they want: a dangerous game packed with visceral thrills, breakneck speed, and head-slamming action. But things go wrong when Rollerball’s creator, Petrovich (Jean Reno), realises that serious on-court accidents bring higher ratings.