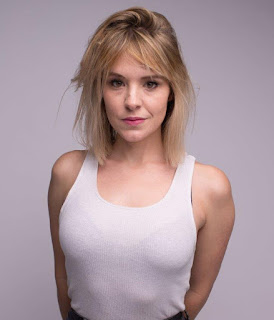 Ahead of the FrightFest UK premiere of 12 HOUR SHIFT, director Brea Grant talks about her ‘Valentine to East Texas’, the heroism of nurses and being a child of the 90s.


You’ve said 12 HOUR SHIFT is a valentine to East Texas and the hospital staff who looked after your elderly father, could you elaborate?

I grew up in East Texas and most people will say that in spite of not living there since I was 18, I have a lot of very small town Texan qualities. My hometown is full of no-nonsense, hard-working people, so I took these characters and combined them with something that was very much on my mind when I first started writing the film - nurses in hospitals. There has been this sudden worldwide awareness of the importance essential workers since the start of COVID-19 but anyone like me with an elderly parent, sick loved one or health issues of their own can attest to how much we rely on nurses and hospital staff.

These nurses are superheroes. My dad had had a fall when I started writing this and we went through hospital, rehabilitation, and extended care all while he is battling Alzheimer’s. The hospital workers take care of everybody through what is the most stressful time of all our lives. They have to deal with life or death situations. It’s just an incredible person who goes into that profession. 12 HOUR SHIFT is funny and silly but at its core, I wanted to show the stress of being in a line of work where there is no downtime and you have people’s lives on your hands.

I’m a child of the 90s so my brain still lives in the pre-Y2K era whether I like it or not. Y2K was what I now think of a global urban legend. We were all convinced the world was going to suddenly turn into an apocalyptic landscape at the stroke of midnight. I have always been fascinated by urban legends and 12 HOUR SHIFT’s jumping off point is the urban legend about the person waking up without a kidney in a bathtub full of ice. 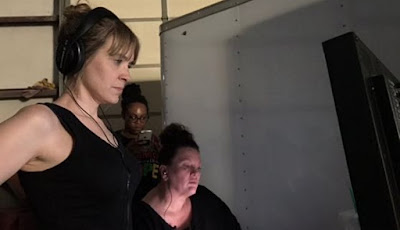 Brea Grant on the set of 12 HOUR SHIFT

Did you always have Angela Bettis, star of the extraordinary MAY, in mind for the lead role?

I didn’t, but I have always loved Angela’s work. I keep a running list of actors I’d love to work with and she has always been at the top. I named the lead of Lucky, another film I wrote, May as a nod to that movie. When I brought the idea of her as Mandy up to my producers, they were also huge fans and thought she had the right gravitas for the role. I sat down with her and begged her to be in the film. It’s a tough role because it’s an underplayed lead surrounded by all of these heightened characters all while dealing with a very intense drug addiction and she pulls it off beautifully.


You filmed in a working hospital, how difficult was that to navigate?

I thank my producers for that over at HCT Media. Two of them are from Arkansas and my producer, Tara’s dad (shout out to John Perry who also has a cameo in the movie!) knew of a hospital in their town that had an empty floor that hadn’t been updated since the 90s. They were about to redo it and my producers asked them if we could shoot in it first. Occasionally, we would have patients stumble in looking for directions but overall, it was a dream for an indie because we had the entire floor to ourselves.


The movie is one of constantly shifting tones, from stark realism to horror, from comedy to anxiety, did that evolve organically while you filmed or was it always part of the plan?

Most of that was in the script. I ended up hiring a lot of improvisors in the supporting roles so the movie ended up being more bizarre and funny that I imagined originally but I was happy with where it went. They took the characters I had written and ran with them in the best way. Overall, I gravitate towards projects that are tonally interesting. I like a comedy. I like movies that are fun and escapist. I wanted it to feel like a heightened world while still having this very dark center. I want to keep the audience constantly on the edge of their seats. They don’t know what’s going to happen next.

You have become such a fixture on the global fantasy festival circuit with your past genre work, how important is that in your estimation?

That’s really nice of you to say. I love the genre community. Early on in my career I was mostly working in television and got a little taste of what it was like to be in the indie genre world. The community was so nice and supportive and I realized it was something I wanted to pursue. We don’t make a lot of money making indie genre so it has to be something you are really passionate about. In my personal life, most of my friends don’t like horror, so having a festival community has been a really nice way to be able to talk about the things I love.


What did actress Brea bring to the director Brea table with respect to 12 HOUR SHIFT?

I try to see what actors need from me and make a comfortable place for them to play. As an actor, I love constant feedback but some actors don’t want that. I check in early and often to see if they are getting what they need. On film sets (it’s not as possible when I’m directing TV) I also make sure we always do an “actor take.” That’s a take where they can throw away the script, throw away my notes, and do it how they see it. I end up using these takes so much. At the end of the day, as pretentious as this will sound, I’m a storyteller no matter what role I’m in. I want to do what serves the story best. I think about that before every scene no matter what my job is that day.


Will you continue to work in both fields or do you prefer directing over acting?

I still like acting. I just acted in a movie earlier this year for director Jill Sixx called THE STYLIST. But if you made me choose, I would choose writing and directing. My heart is in it no matter what I’m working on. Filmmaking as a profession fits my personality and personal goals much more.


You represent a double whammy this year what with 12 HOUR SHIFT and staring in LUCKY, which you wrote. Do you share the same creative values and work ethic?

Definitely. Our work relationship came so easily it was almost scary. She is just as passionate about what she does as I am but I prefer to work with people who can balance passion with professionalism. Natasha always did that. She had faith in my script from the beginning and I had faith in her vision as a director. We had met before and had one call before I agreed she was right for it. I was a fan of IMITATION GIRL and knew she could elevate LUCKY in the same way. Once she was on board to direct, it was Natasha’s vision 100%. I wanted to do whatever I needed to do to help her achieve that as an actress and a writer. And I think we were able to come out with an incredible film.

Like I said, I did some acting this year in THE STYLIST across from Najarra Townsend, who is so amazing to work with. I believe it will hit fests next year. I have a graphic novel called MARY that is coming out in October. And I’m working a bit more in the television space. During quarantine, I got the opportunity to write on two different shows, one called UNCONVENTIONAL and the CW show, PANDORA. I am also headed out to direct more episodes of Pandora next month. 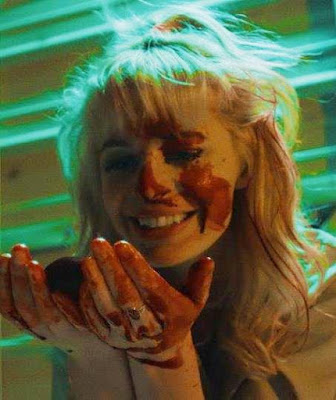