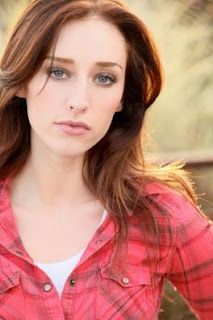 Ahead of the UK premiere of Jill Gevarguzian’s THE STYLIST, lead actress Najarra Townsend talks about being drawn to dark characters, loving film festivals and swapping LA for the English countryside


In THE STYLIST, you play Claire, a murderous hairstylist who doesn’t just cut hair! It’s a very restrained yet chillingly emotive performance. What research did you do in order to understand the mind of someone who is, essentially, a serial killer?

The majority of my research for Claire was actually building her backstory. I started with our Writer/Director Jill Gervargizian’s backstory notes on the character and then filled in all the blanks. I always approach a role by creating a life history for them. Memories are vital for me to have for every character. Jill also suggested I read “House of Psychotic Women” by Kier-La Janisse, which is about the exploration of female neurosis in horror and exploitation films.

I actually did only a small bit of research on real female serial killers. I looked a few up, read about them and their lives, including the psychology behind why people think they did what they did, but in the end I felt the most valuable research for me was creating a full life for Claire and understanding why she does what she does.

The film is based on director Jill Gevaragizian’s short feature, which played at FrightFest in 2016. How different was your approach to playing Claire then?

Originally I had given Claire a few select memories from her life as well as fleshing out her closest relationships (like with her mom). When it came to making the feature I was able to look back on my notes and take things I thought still applied whilst elaborating on the rest of her life, which really made her a much fuller character. It’s a dream come true as an actor to be able to take this person that I found so fascinating from the short and be able to really sink my teeth into her for the feature.

You became first known to horror fans, and the FrightFest audience, for playing Samantha in the compelling zombie body horror CONTRACTED. The film garnered some notoriety for its sexual slant on the victimology of rape. What was it like playing such a demanding role?

Contracted was an extremely fun experience. It was my first time working with such intense practical effects. I would be in the makeup chair for hours before our shoot day started, having veins painted on my whole body, prosthetics applied and contacts lenses put in. It was demanding emotionally but also physically and really helped me grow as an actor. I trusted myself and my choices a lot more after that role.

Another challenging character you took on was the title role in the dark road movie WOLF MOTHER (2016), which has been described as the ‘bloodied non-horror film ever made’. Would you say you’re drawn to playing complex and dark characters?

Absolutely, I’ve always been attracted to characters that have a lot of emotional baggage and have gone through life events unlike my own. It’s always enjoyable researching things about a character’s life that makes you view things in new ways. The main goal with any character I play is to not judge their actions but try to understand and justify them - which can be tricky when playing a character that has done things that you would never do and think are wrong.

You first came to public attention playing sassy teenager Rebecca in the award-winning ME AND YOU AND EVERYONE YOU KNOW. The LA Weekly named your portrayal of Rebecca as one of the ‘Top 10 Great Small Performances’. Looking back, how do you think that film shaped your career?

I will always be so grateful I got to be a part of that film as I really loved the movie. It opened up the indie world to me. I was really too young to understand the success the film had and what that could have meant for my career - I was just happy to be working! - but it definitely did open some doors for me. I also think it may have put me down more of an indie film road. “Me and You…” gave me my first taste of film festivals because I went to Sundance with the film. The electricity in the air and all the movie lovers in one place discussing films was fantastic to me. I was hooked.

You made your first appearance in a horror movie at 10 years old, co-starring in Amir Mann’s MENACE. Did this spark an interest in the genre?

It definitely did. Seeing special effects brought to life really changed how I viewed horror movies. I was a bit scared of them before that but after seeing behind the curtain and experiencing the intensity that comes with shooting a horror film, I had a new appreciation and fascination for them.

Can we look forward to seeing you in any genre movies in the future?

Definitely! I have three feature films currently in post-production, all of which are in the horror genre. It’s usually the characters I’m drawn to which makes me choose the films I want to do. I find that good genre films so often have the most intense complicated characters that are the most fun to take on. Plus the horror community is so much fun to be a part of. I will always try to find roles in the genre.

You were born and raised in California but now reside in the UK. What drew you away from your roots?

Yes, I’ve lived in Los Angeles most of my life but have always loved traveling. I shot a TV show in Qatar for five months in 2017 and met my now husband on the show! He’s British and after I fell in love with him I visited England and fell in love with the country as well. So it was an easy decision for me when we decided to get married and move to the UK. I now live in the English countryside and it feels like a fairytale all the time. I adore it here.

How have you been dealing with life under COVID?

I have to say for me personally the first few months of lockdown I found very enjoyable and I know that makes me extremely lucky. I adore where I live and getting the chance to just enjoy my home every day and spend extra time with my husband was a dream. It also felt like a very creative time because I used a lot of my time to read and create music and relax. Of course, the longer it’s gone on the more antsy I am about getting back to work but overall I’ve been very thankful for my experience this year.

Times are still so uncertain. I’m attached to various projects but am not sure when or if they’ll still be happening. Plus due to the current travel restrictions I’ve been focusing more on things I can do from home, mainly dedicating my time to my band, ARCHWAY, and developing a few projects to produce. I’m enjoying this slower paced year but really looking forward to what next year brings.

THE STYLIST is showing online on Sunday 25 October, 11.45am in the Horror Channel screen, as part of the Arrow Video FrightFest October Digital event.