Interview with Candis Nergaard - Star of The Heiress 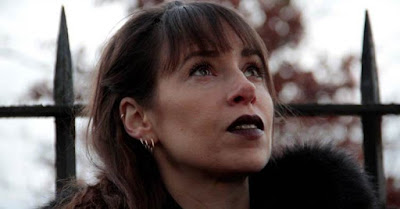 Ahead of the UK Digital release of THE HEIRESS on March 15, 2021, actress Candis Nergaard talks about the harrowing research for her lead role, causing a stir on Newsnight, her Romany roots and coping with lockdown.

You star in a new British supernatural horror film, THE HEIRESS. Tell us how you got the part and what is was about the script that appealed to you.

I was contacted early on the process by the director Chris Bell who’d had me in mind as an option for Claire. I read an early draft of the script and absolutely loved the part, it’s rare for me to be scared by horror but the script alone conjured such vivid imagery that I was haunted by it, I knew it would work. When The Heiress was ready to go, I was offered the role of Claire, I couldn’t wait to get my teeth into it. I’ve played the lead role in TV, Radio and Theatre but this was my first for feature film.

Candis Nergaard as Clare in THE HEIRESS

What did you find most demanding about playing Clare?

It was the research I did for the role, it was harrowing. Claire is epileptic. That element, was the single most important thing to me to try to get right about her, especially the ‘grand mal seizure, and so I researched a lot. The director Chris’s dad is severely epileptic, and so Chris was able to guide me through. There are videos available made by people with epilepsy, who wish to bring more awareness to the public about how the fits can affect them. I would gear up to watch one of the videos and then have to put a lot of distance between watching it, as it affected me so much.

You’re known to genre fans for playing Anya in WHITE CHAMBER (https://amzn.to/37L5fxp) which premiered at FrightFest. Does the horror genre appeal you to?

I love the horror genre, it’s just so fun from an acting point of view. White Chamber was a dream in that regard, and so was working with amazing cult scream queen legend Shauna Macdonald. Beforehand, I’d never really given much thought to acting in horror films, I’d done a lot of kitchen sink realism, and my idols were directors like Ken Loach, Andrea Arnold and Gary Oldman. The unique thing about The Heiress is that it seems to fuse a very realistic Loach-esq landscape with some really artful proper scares.

Horror expanded my mind with potential possibilities; I love to escape into the shadowlands exploring the supernatural or a parallel universe.

You’ve said you were introduced to horror films at a small child by your dad. What was the first film you remember watching?

I think it was Alien..... it was so long ago. I remember sitting on my dad’s lap, and vague memories of eating tinned ravioli... probably not ideal food considering...

Although you don’t have a family background in the arts, you decided to do an acting course at The Miskin Theatre College, where you were taught by actors such as Neil Maskell and Dominic Power.  That must have been a great experience…

It changed the trajectory of my life. I feel incredibly lucky to have being taught by two exceptionally talented actors. Neil and Dom were very passionate about teaching, and because they had such conviction we really listened. It helped me develop an iron discipline for the craft.

It was super intense method acting training though. It was all a bit of a shock at age 16 and coming from my background. I went from being naughty in class to paying attention, reading the news, listening to radio drama. It expanded my world view.

You first came to prominence playing opposite Tom Hardy in the gritty drama STUART, A LIFE BACKWARDS. Your role involved controversial scenes of nudity and violence, which ended being discussed on Newsnight. Was it a difficult choice to accept the role?

Well, the script was incredible and based on a true story, so I was so pleased to audition. When I was offered the role, it dawned on me shortly afterwards that I’d have to be naked. I was so body conscious that I’d never even wear a bikini at the time.... However, I’d been working with a great acting coach, Giles Foremen, and the integrity of the work had become way more important than my fears, so I went for it. Tom was also lovely, and allayed my fears a bit by telling me about his nude scenes. I won’t forget Germaine Greer’s face on Newsnight. 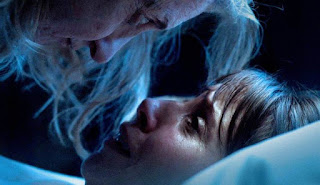 Candis Nergaard faces her demons in THE HEIRESS

You starred in the BBC radio drama series ATCHIN TAN and went on to write several episodes of the series. What was it about the show that appealed to you and Is writing something you want to continue doing?

It was great to have authentic Gypsy voices and the Romany language on BBC radio. A lot of the Travellers had never acted before so it was exciting. I remember, one day we got stopped on location by police... We were recording in a caravan in a remote field in Cambridgeshire, and a squad car turned up, so we got our BBC passes out and showed them to the guy. He said “Oh that’s fine then, I thought you were Gypsies!” We laughed our asses off afterwards.

I’m writing a lot at the moment. I wrote and performed a one woman play for the Gorki Theatre in Berlin a couple of years ago, I’ve just finished writing my first feature film, and I’m co-writing another film with an award winning Irish director called Keith Farrell. It keeps my mind busy between acting jobs, and in lockdown!

You’ve also worked on PEAKY BLINDERS as their Romani language and cultural advisor since series 3. That must be an interesting role. Tell us more!

Tommy Shelby has got to be one of the coolest characters ever, constantly outwitting everyone. So, translating and recording lines in the Romany language for Cillian Murphy was so much fun. It’s amazing to hear him nail it. Script security is super tight so I’m normally dealing with isolated lines or sometimes scenes that are selected.

How have you coped with lockdown?

It’s been a mixed bag. I’m well aware of what I’m grateful for and it brings everything into focus. Being estranged from my family is really hard, especially in times of grief and bereavement, and continues to be so. I like a lot of alone time, pre-covid I’d normally flit between being really sociable and then really quiet, so lockdown has given me a lot of time to regroup.

I also badly miss the gym and my Krav Maga training, it keeps my mind sane especially under stress, but I’ve created a routine which helps. I keep up my strength training five times a week, walks in nature, cold water immersion, reading/ films, and meditation.

Finally, what’s next for you?

I have just finished filming a female led grit flick with a unique take on the criminal underworld called Gone to Ground, so I’m really looking forward to seeing that. I’m also hoping to get my own film made, and continue with the other writing projects that I’ve got on the go.

Acting-wise, I’m slightly superstitious about talking about things that haven’t happened yet. One thing that the pandemic has done is take the pressure off myself to keep achieving, if I feel strong and healthy, I’m onto a winner.

THE HEIRESS will be available to download from all major platforms including iTunes, Amazon & SKY Box Office, from Monday 15th March, 2021.